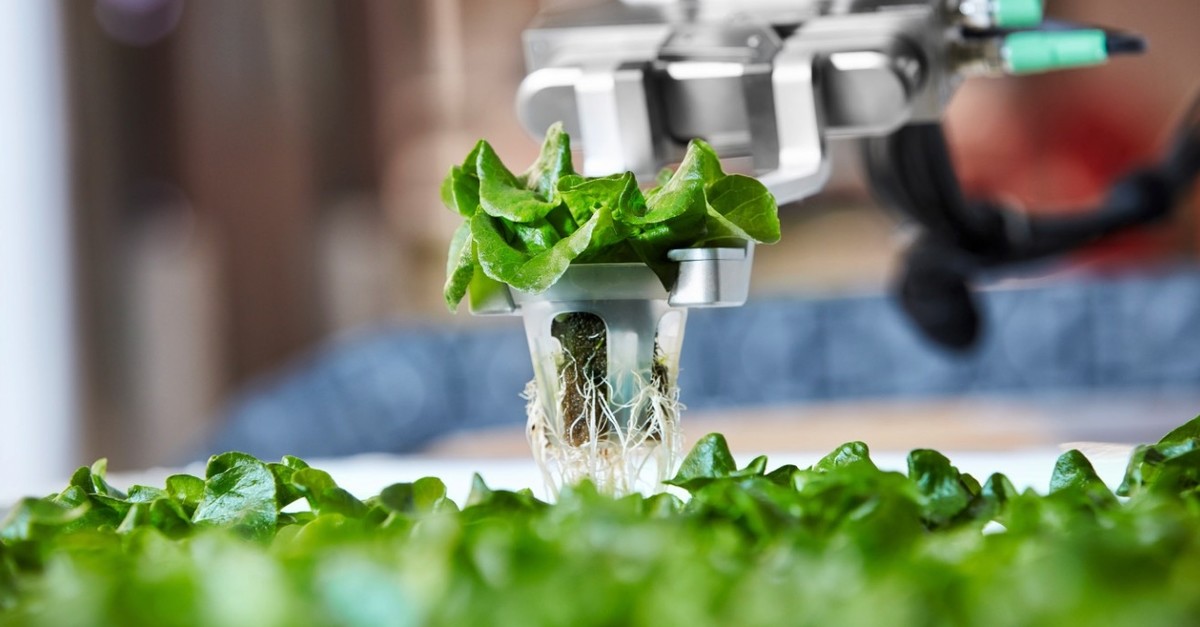 Robot Angus grows green vegetables such as lettuce, garlic chive, cilantro and basil.
by Şule Güner May 15, 2019 12:03 am

Every day, the world of technology offers us a new way of life. Whether it is robots working on farms or artificial intelligence helping us at the gym, the tech world never sleeps

With every passing day, technologies that analyze faces and body movements continue to appear in more creative applications. One such application developed by Sony Interactive Entertainment can take the place of trainers in gyms in the future.

At the center of this application, for which Sony filed a patent application in the U.S., is a legged system that can move like Facebook's legged camera robot.

This legged robot connects to play console and computer and observes you using an onboard camera. After the cameras examine your moves in front of the screen, the applications, first of all, determine whether this is an exercise or not. When you exercise, it observes whether you are doing it in a proper way or not and warns you if you do the moves wrong. It offers you the necessary information on how you will do exercises in the proper way. You can keep track of your exercise routines in the cloud and see how much you have improved.

In addition, the fitness robot, being connected to the gaming console, has been interpreted as a different trial in the competition in the entertainment sector.

The farm where only robots work

Agritech and vertical agriculture are some concepts of advanced technology in which fresh vegetables can be raised indoors.

A great majority of these technologies can grow green vegetables in closed spaces. Some of them also enable you to do metro-agriculture with LED lights in greenhouses with soilless or mixed methods or in a basement floor of a house.

On the other hand, these agricultural methods can turn people who live in metropolises into farmers. People can grow products that they will eat in their homes and balconies and pick them. This trend has attracted attention in recent years when food safety is especially being questioned. Former Google employee Brandon Alexander, who has been thinking on the project of establishing an autonomous agricultural farm for three years, established a farm which totally works with robots in the Iron Ox startup, where he is one of the founders.

The farmer of Iron Ox, based in San Francisco, is a robot called Angus, which weighs 450 kilograms. Angus grows green vegetables such as lettuce, garlic chive, cilantro and basil in this farm, where aquaculture is sustained.

It can lift big and heavy containers with plants inside. It harvests by itself, as well. Alexander said that Angus can produce 26,000 plants in a year and do this indoors in a place equal to 0.4 hectares.

He explained why we should lean toward the idea of a totally autonomous farm. "Most of the green vegetables in the U.S. are grown in California and Arizona. When a great part of the country is cold in the winter months, they are brought from these two states, which are 3,200 kilometers away. Indeed, there is no need for it. We can sustain it from one center by doing agriculture indoors."

The reason why Iron Ox was established is surely based on the large surface area of the U.S. as the country. The common point of vertical agriculture startups is to make growing agricultural products independent from the space available, to increase food quality and to help people grow their own products.

On the other hand, robots taking the place of people in technological agriculture is at the center of much criticism. Aside from job losses for farmers, who earn a living from agriculture, the number of people who interpret the application of advanced technologies in agriculture as "people's rupture from nature for the profit of industry" is considerable. 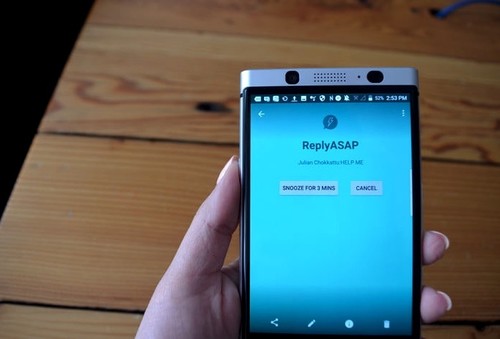 Nick Herbert, who is a British father, came up with an app that is the dream of every parent after he was fed up with his son not returning his texts on time. Reply ASAP, which was first developed for Android smartphones can be uploaded both on the parents' and the child's phone. When a parent sends a message to his or her child, an alarm goes off on the child's phone and continues to ring until he or she replies. Moreover, the parent is able to see when the message was delivered and the whereabouts of the child.

Commenting on his creation, Herbert says that he does not exploit the app and bombard his son with messages, adding that he only uses the app only in an emergency. "When I texted him before, he hardly answered me. He either did not hear the phone or was too embarrassed to talk to his father around his friends. Or, he was so into the mobile games that he did not even care about my messages. I had to develop this app in order to get to him," Herbert said, adding the app helped him and his son to have a more normal relationship.

It seems that Herbert's app is quite popular among parents and what they have been waiting for. The app Reply ASAP has been downloaded by more than 100,000 people so far.