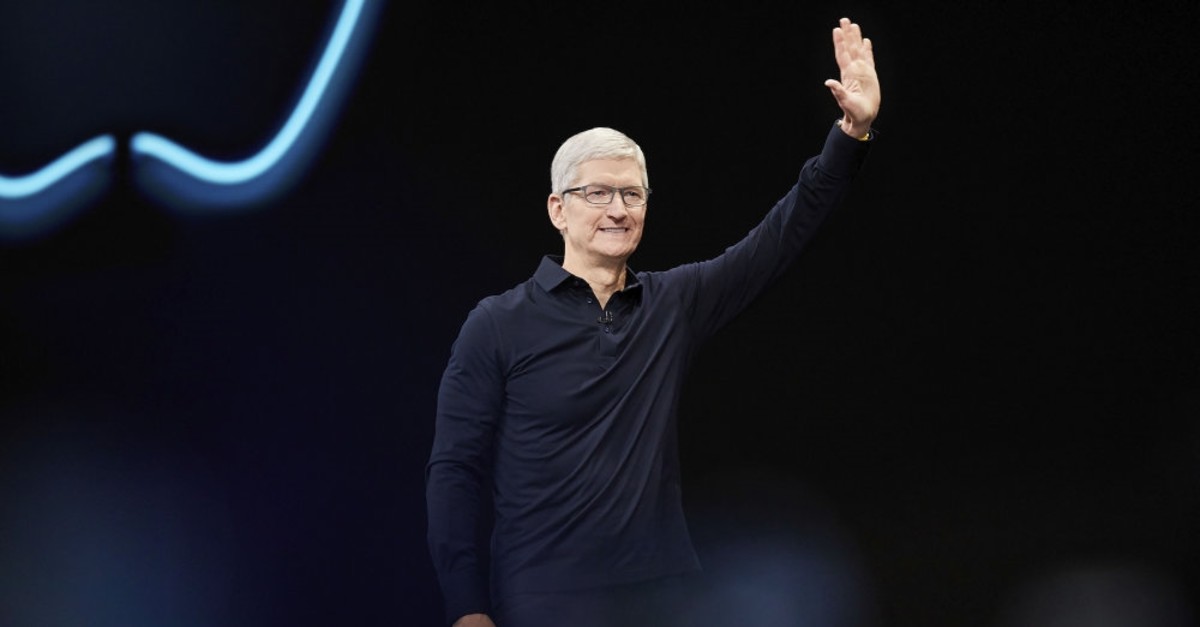 Apple's virtual stores, which recently turned 11 and incorporate millions of devices, have been a dream come true for app developers

Most software developers' dream of selling an app for $1 turned into reality exactly 11 years ago – a year after the first iPhone was launched. Apple has evolved from a software and hardware company to a service company in the last decade, enabling application developers to make some $120 billion during this period.

Apple pays billions of dollars to app developers every year. The paid and free applications offered through the Apple platform contribute to the creation of a billion-dollar digital economy along with advertising and services. Apple announces a series of innovations that excite entrepreneurs and software developers at the Silicon Valley event every year.

Hosting thousands of software developers and business partners in Silicon Valley each year, Apple announced updates on software, hardware and services at the 2019 Apple Worldwide Developers Conference (WWDC 2019). Many ventures are updating their own practices and service policies in line with these innovations because Apple platform users continue to use their devices with current software. In his speech at the event, Apple CEO Tim Cook pointed to the comparison between the Apple iOS operating system and the Google Android platform, arguing that Apple's iOS update rate was 85 percent, while the Google Android update rate remained at 10 percent.

Use of artificial learning

Apple makes it easy for developers who want to integrate artificial learning into their applications. With more than 100 model layers that Core ML now supports, state-of-the-art models can be used to provide a better understanding of applications, natural language and speech than ever before. And for the first time, developers will be able to update their artificial learning models using model personalization.

This state-of-the-art technology will give developers the opportunity to provide personalized features without compromising user privacy. Thanks to Create ML, an application specifically developed for artificial learning, developers will be able to develop artificial learning models without writing code. Multi-model learning with different datasets can be used with new model types such as object detection, activity and sound classification.

SwiftUI applications are built-in and running very quickly. Since iOS, iPadOS, macOS, watchOS, and tvOS are based on the same application development interface with SwiftUI, developers can quickly and easily build rich built-in applications across all Apple platforms.

Expected to take steps in security and personal data, Apple now allows users to sign up or log in to applications through their Apple account, not just Google or Facebook. The Apple Sign-on option will now make it easier to access many applications with Face ID. It will also automatically create an email account to keep sharing of personal data to a minimum. This will make it easier for mobile applications to achieve a more precise solution for user data. Apple has become a platform not only for mobile devices, computers, smart watches and televisions but also for the automobile industry. Car Play runs on 90 percent of the current automobiles all over the world and 75 percent of the vehicles in the market. You can also run Car Play multiple applications at the same time.

Mobile applications have been updated many times since 2008. Innovations that come with the Apple iOS 13 have excited Apple users and app developers. Updates not only to the mobile iOS operating system but also to smartwatch and television applications such as MacOS Catalina, Watch OS 6 and tv OS have been quite exciting.

3D imaginary heroes developed by designers teleport into your videos thanks to ARKit 3, an AR solution available to application developers, and make it easier to shoot more fun videos.

Türk Telekom also uses such solutions in its services. ARKit 3 allows the front camera to track up to three faces and allows simultaneous use of front and rear cameras. ARKit 3 also supports collaborative sessions, enabling you to enter even more quickly into a shared AR experience. 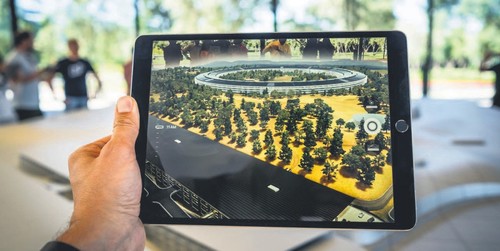 RealityKit was developed for AR from scratch. To make virtual content virtually indistinguishable from reality, RealityKit features photo-realistic image processing, mapping and support for camera effects such as noise and motion blur.

With Reality Composer, a powerful new application developed for iOS, iPadOS and Mac, developers can easily create prototypes and AR experiences, even if they have not already experienced 3D. With a simple interface based on drag-and-drop gesture and a high-quality 3D object and animation archive, Reality Composer enables developers to create AR experiences by placing and moving AR objects, integrate those experiences directly into an application in Xcode and transfer them to AR Quick Look.

Numerous ventures from Turkey take share from the application ecosystem and export software. Some entrepreneurs market their domestically developed applications like Leo AR in the heart of Silicon Valley.

Boydaş underlined that the Apple ecosystem was a golden platform for AR applications. "More Turkish ventures should take part in the AR market, which is expected to reach $25 billion by 2025. I think more Turkish engineers should gain experience in Silicon Valley, where global competition is toughest," he continued.

"We showed that we are ambitious in this regard. We support the entire application ecosystem. There are about 250 million devices that support AR applications. The number is increasing. All devices that came after the Apple iPhone X and iPad Pro offer a very good AR experience. That is why we liked the updates on this year's personal data and AR." 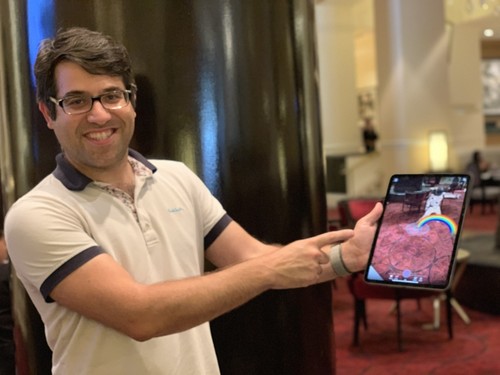 Boydaş gave information about the income model of the application and the investment received. "So far we have received $2 million in early-stage investment," he said. "Among our investors are venture capital funds such as 500 Startups. We started the subscription option two weeks ago. Two out of every 100 users are currently subscribing. In Leo AR, users also buy some objects. Our shares are constantly growing through applications such as Facebook, Instagram, Tik Tok, and Snapchat. They can share the fun application easily and securely."

Millions of users from 150 countries

Boydaş said the majority of users are between 8 and 18 years old. He gave further information about the ecosystem they established, stressing that everyone could develop digital objects for Leo AR with the revenue sharing model. "We know that the future is focused on AR," Boydaş noted. "We have millions of users from 150 countries. 30 percent of downloads come from the United States, 30 percent from Europe and 30 percent from Asia. We have developed an AR application in Turkey. We managed to do it with a team of 18 people. Now we are making efforts to spread it faster. So, it is easy to use and share. In many countries, it falls into the featured list in the app store. The platform has 2,000 developers in two dimensions and 250 in three dimensions. AR is offered even in ads and corporate applications."

Şahin Boydaş said he came to Silicon Valley seven years ago with just $5,000 in his pocket. "Entrepreneurs in Silicon Valley need to act with American logic," Boydaş stressed. "We are trying to get many entrepreneurs and engineers from Turkey to do business here. My goal is to bring 10,000 software developers, do business ahead of world trends and have some of the engineers do business with hourly wages. Self-taught people eliminate the need for computer engineers. Practical and creative people succeed more."