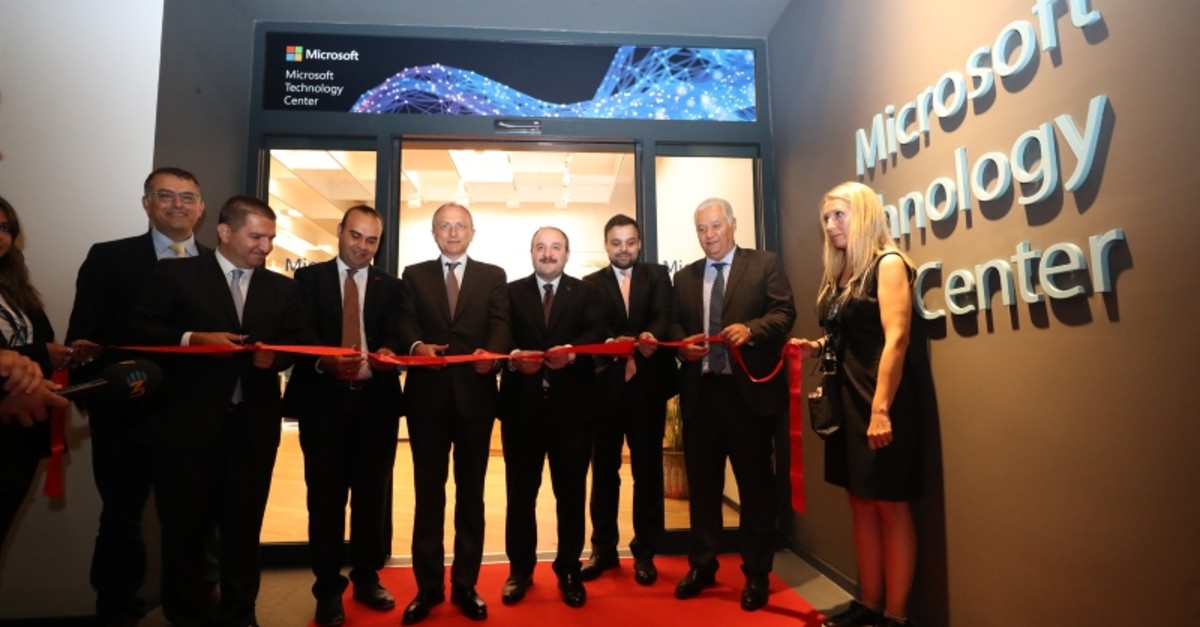 Microsoft’s new technology center in Istanbul will allow Turkish startups to export their solutions and is expected to generate an economic value of TL 2.5 billion

Industry and Technology Minister Mustafa Varank stressed that the opening of the new Microsoft Technology Center is proof of trust in Turkey and demonstrates the technological development in the country. "This center is expected to make a TL 2.5 billion contribution to the Turkish economy," Varank said.

A significant number of Turkish firms will operate in the center to open operations in the global market, the minister stressed, adding, "In other words, Microsoft will be a gate for Turkish companies to the world market."

The Microsoft Technology Center will provide room for the development of solutions for digital transformation, smart production systems and artificial intelligence (AI). The center, Varank noted, will respond to domestic and foreign needs of the agriculture, production, health care, energy, automotive, finance and retail sectors with new generation technologies.

"We will take all the necessary steps to make Turkey one of the main countries of new technologies, such as digital transformation and artificial intelligence," he said.

Firms will have the opportunity to experience more than 150 solutions in the areas of the "internet of things" (IoT), cognitive services, smart cities and smart houses. The center will allow local startups to develop technological solutions and offer them to the global market.

Minister Varank noted that Turkey's road map for digital transformation and AI-based technologies is nearly complete and the country is taking firm steps to realize its goal.

"Our focus is to produce advanced technology for digital development. We put immense effort in innovation in Turkish industry and the economy," Varank said.

Varank drew attention to the significant incentives provided for firms located in technoparks, research and development (R&D) centers and design centers. The support of the ministry is not limited to financial incentives and tax reduction but also include mentor and consultancy services with expedited programs.

Almost half of the 5,300 firms operating technoparks operate in the information and software sector, Varank said.

In the last three years, 4,600 software firms have received TL 81 million in financial support from the Small and Medium Enterprises Development and Support Administration (KOSGEB).

Ali Taha Koç, head of the presidential digital transformation office, said the launch of the center is an exemplary step for international companies that plan to invest in Turkey.

Microsoft Turkey General Manager Murat Kansu said the Microsoft Technology Center, which was opened in Istanbul right after major cities such as Paris and Oslo, was a source of pride for Turkey.

Kansu stressed that this step showed the confidence Microsoft, which has had a strong presence in Turkey since 1993, has in these lands and people. "We will accelerate the digital transformation of our partners with our state-of-the-art technologies powered by the cloud platform," he said. "We will present companies examples of transformation projects that we carry out in the world and in Turkey and experience the transformation of ideas from dream to reality together."

In addition to adding power to the digital transformation of companies in Turkey, Kansu said that the Microsoft Technology Center would also host products from emerging software companies in Turkey; thus supporting the software exports of the country.

"We aim to increase the number of our partners who display their solutions at the Microsoft Technology Center. In our technology center serving the Middle East and Africa Region, businesspeople will come from abroad to check out the new generation technologies developed by our business partners. We will serve as a bridge connecting our local software and domestic solutions with the overseas markets through the international groups we host," Kansu continued. "With the Microsoft Technology Center, the first new-generation technology center in the Middle East and Africa region, we want to make our country a center for technology. We will contribute to Turkey becoming a technology-exporting country with local software companies promoted worldwide through the power of our center."