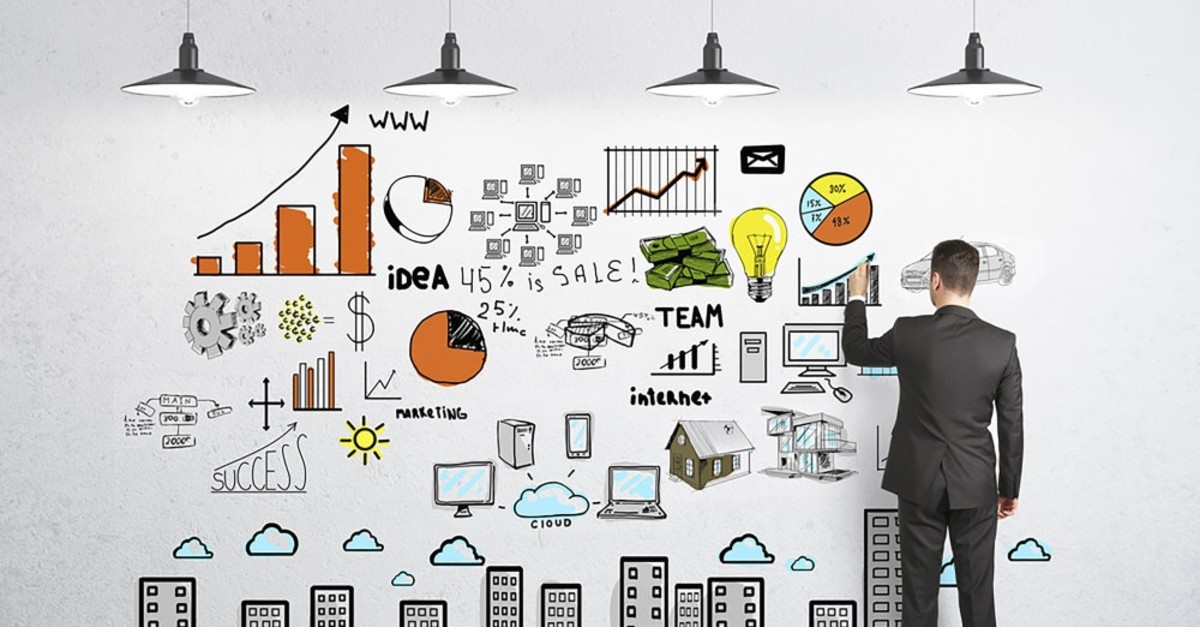 4,500 startups from around the globe applied for Hello Tomorrow Global Challenge, a world-renowned science and technology startup competition.
by Daily Sabah with AA Jun 26, 2019 12:33 am

Istanbul is among the top 10 cities when looking at the top 500 startups, selected among 4,500 applicants, at the Hello Tomorrow Global Challenge competition

The engine of the Turkish economy and home to a grand startup ecosystem, Istanbul has its name in the top 10 cities, outperforming many global cities which have sent thousands of applicants for a world-renowned science and tech startup competition.

Timur Topalgökçeli, the Turkey founder of Hello Tomorrow, a global startup that brings science, technology and entrepreneurship together and creates solutions that will shape the future, said they examined the top 500 startups among the 4,500 applicants of the Hello Tomorrow Global Challenge competition. He added that Istanbul ranked eighth among the top 10 ten cites such as London, Singapore, Boston and San Francisco.

The competition gives scientists and deep tech entrepreneurs around the globe a platform for their research and projects, providing equity-free prize money as well as other funding opportunities, global visibility and connections with key players in the deep tech innovation network.

"The competition is designed specifically to address the needs of deep tech entrepreneurs across several different industries and technologies," he said.

Topalgökçeli said Istanbul featured a favorable environment for technology companies. "The fact that Istanbul ranks eighth does not mean it is better or worse than the cities behind or ahead of itself. That means new ideas emerge from here," he said. "As a city, Istanbul is forcing you to become an entrepreneur, whether you want to or not. As a megacity, it hosts many people coming from both home and abroad. Besides, the fact that many leading universities, R&D [research and development] and industrial centers are located in Istanbul provides an advantage to this city."

He added that as Hello Tomorrow, they established a vast ecosystem with R&D institutions, universities and technology centers worldwide, pointing to the young entrepreneurial ecosystem in Turkey.

"There are basically two categories in Turkey. The first is startups that use and consume existing technologies, the majority of which do not require physical infrastructure, as is the case everywhere in the world," he said. "Although this gives you a quick return, we cannot see it as an innovation. We are also pleased with these startups, but because of them, technology-producing startups cannot come into the radar. We want to move from here to a technology-producing ecosystem. Our goal is to change this situation and remove the obstacles in front of them. Because we see a very sound infrastructure in Turkey."

Topalgökçeli pointed to a number of successful projects that emerged from Turkish startups. "There are many successful artificial intelligence-run software projects in Turkey. There are startups that develop asthma devices and work on cancer treatment. In addition, there are institutes and R&D centers that produce new materials," he added. "For example, a device has been developed to measure and report the fractures that may occur at the maximum stress point in buildings and large structures before they occur. There is a startup that develops a new insulation system in buildings with a high probability of fire. This system forms a gas when the fire first starts and extinguishes it before it grows. These are all Turkish startups."

Hello Tomorrow's international deep tech competition, Hello Tomorrow Global Challenge, will be held for the sixth time this year in Paris on March 12-13, 2020.

The fifth edition of the world's most comprehensive global deep-tech entrepreneurship summit was held in the French capital in March, bringing together leaders of science and technology-based entrepreneurship, including 4,500 entrepreneurs from 119 countries.

At the summit organized with the support of Hello Tomorrow's global partner, BNP Paribas, more than 200 CV and CVC (corporate venture capital) investors came together with startups that are gearing up to change the world with science and technology.

The winning entrepreneurs, selected from 4,500 applications from 119 countries in four categories − energy and environment, health and biotechnology, industry and new materials, data and AI at a Turkey-specific competition also attended the summit, known as the Davos of the complex, deep-tech ecosystem.