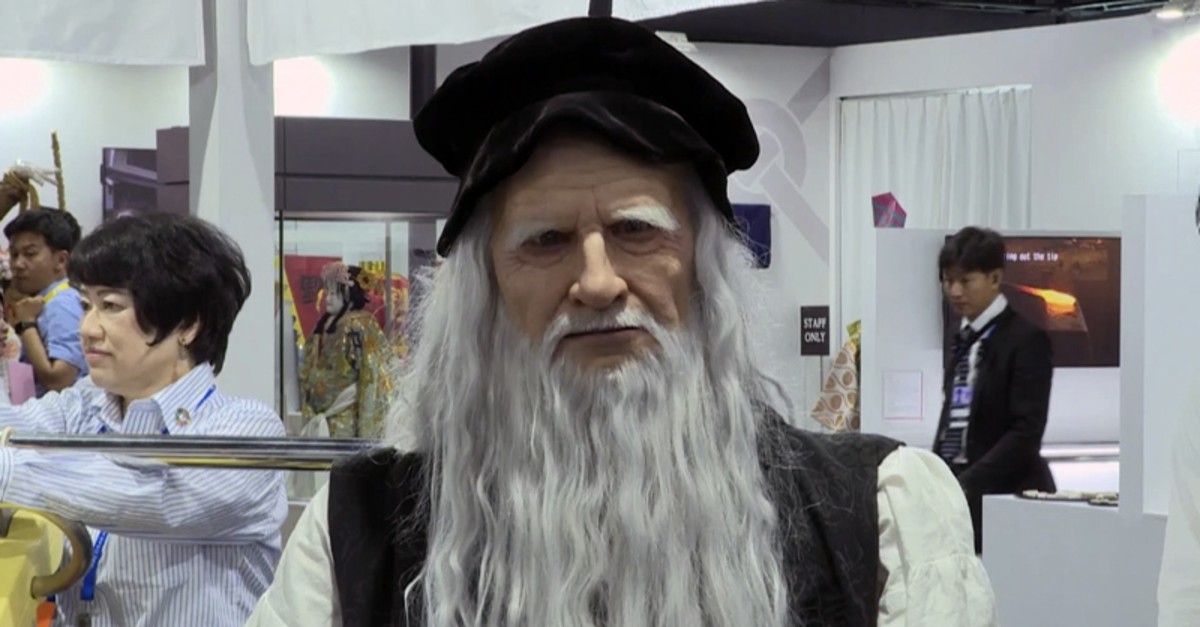 A Japanese-made robot embodying Italian scientist and artist Leonardo da Vinci was showcased during the G20 Leaders' Summit in the Japanese port city of Osaka on Friday.

The android version of Da Vinci is a co-production of Osaka University and Fujikin Inc., an Osaka-based manufacturer.

The main goal of the robot is to draw the attention of primary school children, get them interested in science and help them learn the scientific achievements of Da Vinci from the Italian polymath himself, Fujikin Marketing Director Kouichi Nakamura told Anadolu Agency.

"Thus, we're helping students learn science in a fun way while at the same time educating future scientists," he added.

Da Vinci's robot can only repeat certain information, Nakamura said, adding that the next step would be to get the robot to answer people's questions and connect it to Google.

Nakamura argued that elementary school students cannot fully understand science by reading only books and needed a more hands-on approach, adding that students' interest in robots was nice and promising.

The android Da Vinci can speak English, Japanese and Italian.

Nakamura said that his next project would be to develop the robot of physicist Albert Einstein.