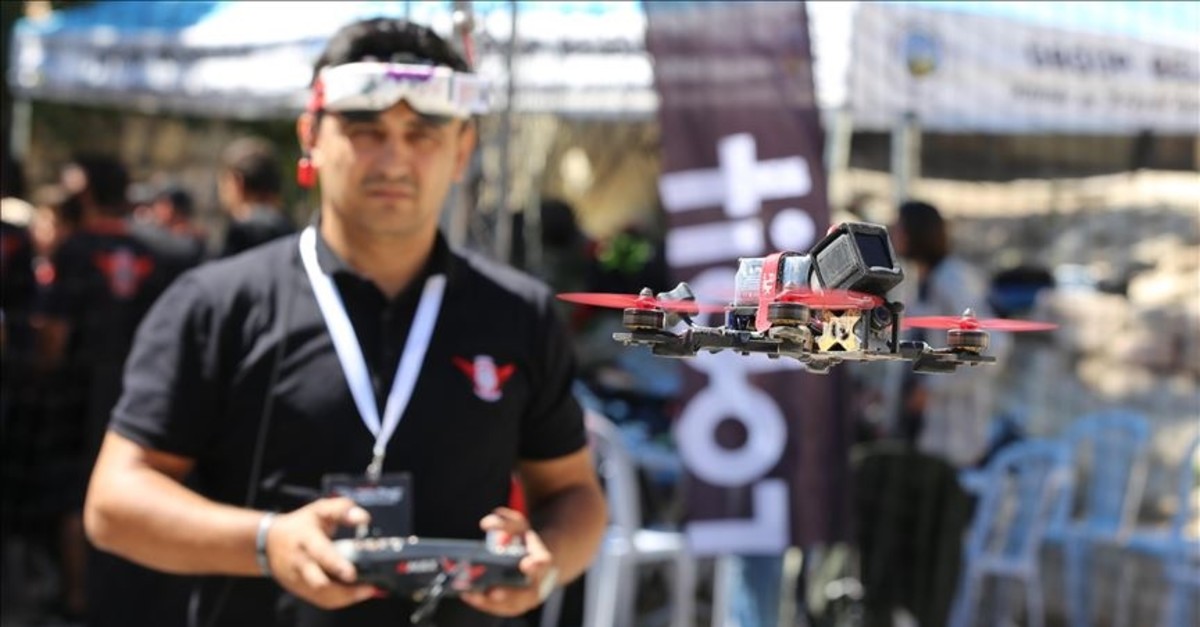 The highest-ranking competitors will represent Turkey at the World Drone Championships.
by Anadolu Agency Jul 29, 2019 12:11 am

The third phase of the Turkey Drone Championship kicked off Saturday in Cappadocia, a charming touristic hub famed for its fairy chimneys. As part of Teknofest, Turkey's leading aerospace and technology festival, 32 licensed pilots are participating in the competition.

Mehmet Fatih Kacır, the deputy minister of industry and technology, said that the final phase of the championship will be held in Sultanahmet Square in Istanbul, and the highest-ranking competitors will represent Turkey at the World Drone Championships.

Kacır added that Teknofest will be organized at the new Istanbul Airport between Sept. 17-22 and tens of thousands of young people will participate in 19 different technology competitions. He stressed that more than 500,000 people visited the four-day Teknofest, which took place at the Istanbul Airport last year.

Anadolu Agency (AA) was the global communication partner of the festival, which was ranked the world's second-largest aviation event. Sait Göksel Kervancı, the head of the Drone Racers Sports Club Association, said that the top three winners in the Turkey Drone Championship will form Turkish Drone National Team.