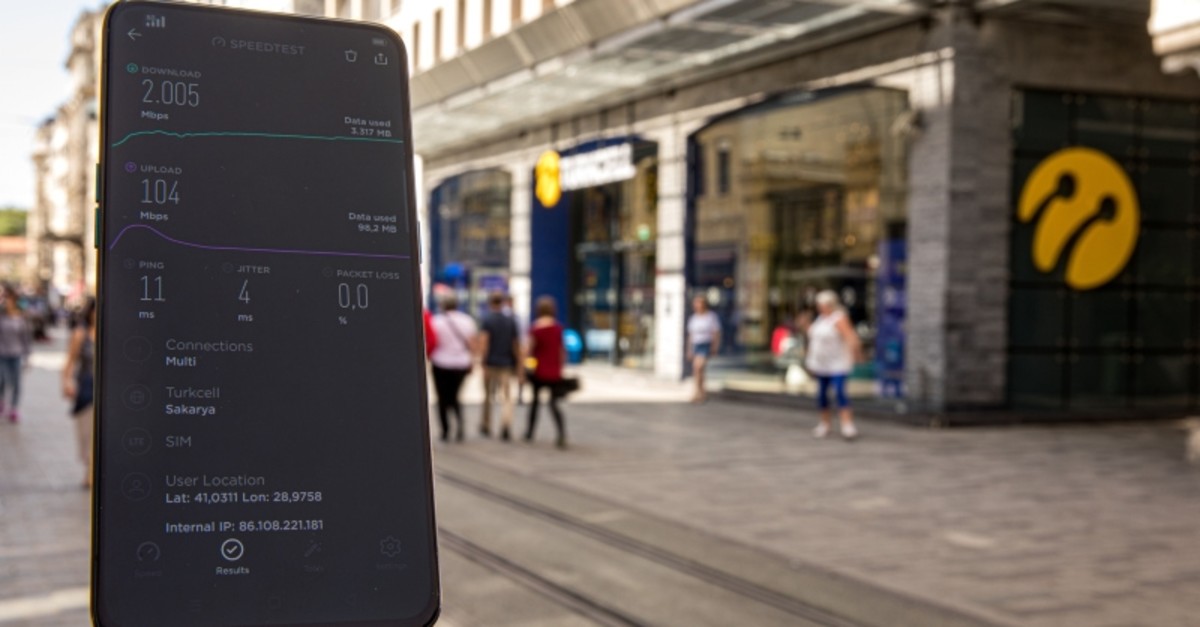 Turkey's leading GSM operator Turkcell announced that it achieved the fastest mobile Internet speed via a smartphone in the world through 5G network.

The speed test was conducted on a 5G-enabled smartphone with the allocated 3.5GHz frequency using 1,000MHz bandwith.

Turkcell has been working on 5G technology for several years with the cooperation of GSM giants such as Huawei, Samsung, and Ericsson.

2.283 Gbps speed enables to download a two-hour movie in seven seconds and 12-song album in 0.2 seconds.

Turkey is currently using 4.5G technology, also known as LTE, which is 10 times faster than 3G, in its mobile phone devices since 2016.