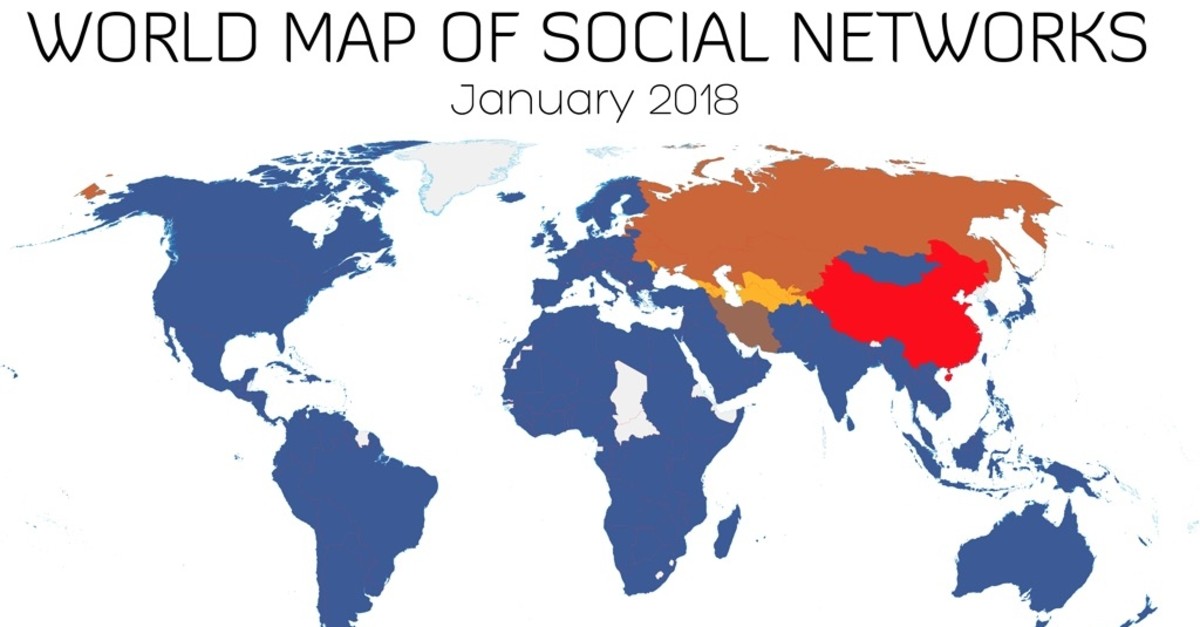 Facebook maintains its lead among the prominent social networking applications in Turkey and around the world. Twitter, on the other hand, competes with Instagram for the second place. While Twitter ranked second in the first month of 2018, Instagram has topped it on the map in 2019

Despite the security and personal data scandals, Facebook continues to be the most common social networking application. Facebook's leadership in more than 100 countries, including Turkey, prevails. According to Alexa & SimilarWeb traffic data, specializing in internet and social network research, Facebook's superiority stands out when we look at the new figures of the World Map of Social Networks, showing the most popular social networking sites by country. Facebook looks more powerful than ever. In 153 – or 92% of the planet – of the 167 countries currently analyzed, Facebook became the leading social network.

According to analysis by SmilarWeb and Alexa, the map showing social networks in 58 countries puts Facebook's Instagram in second place. Instagram displays one of the highest interactions, meaning networking traffic. Instagram is gaining traction as a secondary social network in 44 countries. Twitter is dominating in seven regions, while Reddit takes three regions.

Zuckerberg has only three powerful enemies in the global competition chain: VK (VKontakte) and Odnoklassniki, the company part of the Mail.ru group, in Russian territory and QZone in China. In Iran, while the state continues its censorship of Facebook, there is still a chance for Instagram.

No one can challenge U.S. internet giants except China and Russia. China and Russia have resisted this attack with bans and censors. Moreover, they use these bans as a first step. Turkey's role model can only be the European Union. The use of Facebook stands out as the average age increases. The most important way for internet giants to compromise on the issue is the measures taken on advertising revenue. Turkey would be wise to convert its revenue from data traffic into taxes for the country.

For nearly two years, the Chinese TikTok application has begun to generate notable traffic in Turkey and European countries. Are we able to force applications such as Chinese TikTok to invest in Turkey? In other words, state and private institutions should work together on the data policy of the country. The implementation of a policy of universal values is imperative concerning the terms of use of advertising, tax-conversion of data-earning companies and protection of personal data.

The reason for the wealth of internet giants through data is the platforms that provide the brands with accurate analysis of user behavior.

In other words, their ability to offer targeted advertising and marketing opportunities that enables the billion-dollar industry to grow faster each day.

An analysis can be made through the pictures and videos that we like and share, not ads that we watch on Instagram and Facebook. In this new industry, which has led to the emergence of new professions, the most significant asset is now educated people. So even though the data war is the visible side of business, let us not forget that the competition for educated and entrepreneurial people is at the forefront. 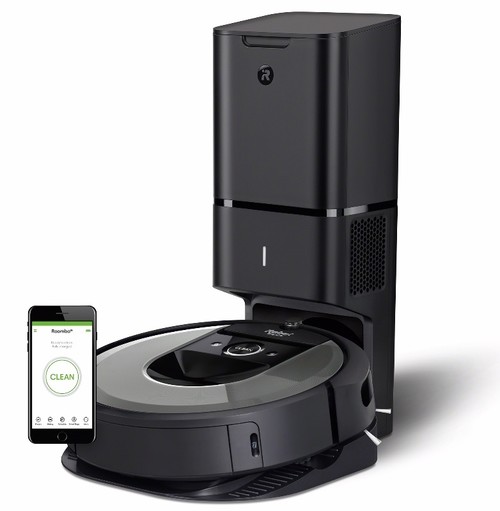 It is nice to imagine robots cleaning the house, but how can a robot that is unable to clean itself clean the house? I am sure many people should be asking this question. iRobot has produced a new solution for this. Roomba i7+, the ultimate in robotic vacuum cleaner technology, stands out with its self-emptying automatic dirt discharge system Clean Base and Imprint Smart Mapping features.

The robot automatically empties the dust container after cleaning the house with Clean Base, an automatic dirt removal system used as both a charging unit and a cleaning chamber. Since the disposable dust bag of Roomba i7+ holds up to 30 dust containers, the house is automatically cleaned for a month without anyone's help. Besides, this vacuum cleaner, which enables you to select the room and clean it with the Smart Mapping feature, is truly a technological masterpiece.

Designed with state-of-the-art technology, the iRobot Roomba i7+ comes to your home as the pinnacle of contemporary robotics. With its unique iAdapt 3.0 navigation system with Imprint Smart Mapping, it perfectly guides itself and allows you to clean the entire house or the rooms of your choosing. Thus, the Roomba i7+ thoroughly cleans every corner of the house, no matter how big, with no square meter limit.

OPPO has introduced the A5s, which will make a difference between mid-range smartphones, for technology lovers. Featuring a sleek design and a long-lasting battery, the A5s stands out with its stylish water drop display as well as dual rear camera and fingerprint scanner features. The A5s with a powerful 4230 mAh battery utilizes artificial intelligence algorithm optimization to reduce power consumption.

Inspired by a water drop on the brink of falling, the A5s's 6.2-inch LCD screen has a 19:9 aspect ratio and a resolution of 1520x720 pixels. With an innovative design approach, the headset, camera and light sensor are all integrated into the water drop section above the screen. Thanks to this design, which gives the phone a screen/case ratio of 89.35%, a beautiful and practical display meets the users. Users can enjoy a unique and impressive experience, from mobile gaming to watching videos and surfing the web.

The OPPO A5s's back cover and frame stand out with its meticulous design. The mirror cover of the phone allows the texture of the back cover to collect light streams to create a smoother and more striking visual experience than the standard metal version.

Models featured by OPPO, one of the most popular camera smartphone brands for young people, are known for their outstanding photographic performances. OPPO's expertise in photography is also reflected in the OPPO A5s, which comes with an 8 megapixel front camera and an F2.0 aperture. Thanks to AI and big data technologies, the front camera offers more natural and personalized beautification options for stunning selfies. Multi-frame shake prevention technology provides a smoother and more stable video shooting experience. The OPPO A5s with 3G RAM also support AR tags. AR tags that respond to facial movements, as well as foreground and music stickers, provide a more dynamic and engaging photographic experience.