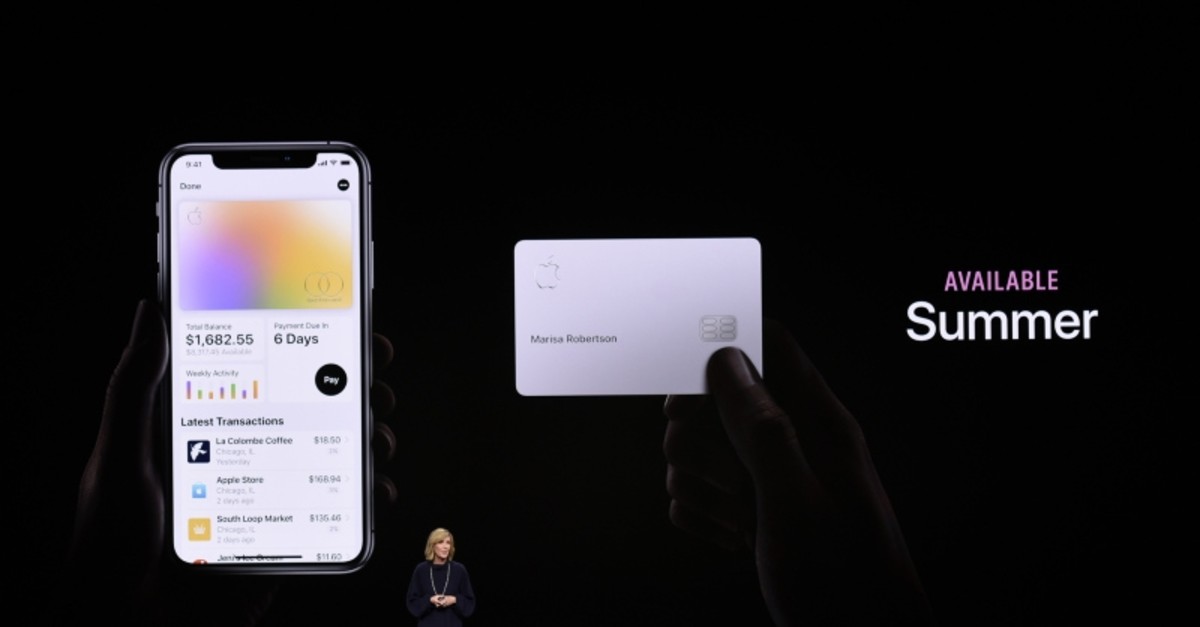 Apple on Tuesday launched a smartphone-generation credit card in the U.S. and moved closer to hitting the hot streaming television market with a new subscription service.

The moves come as Apple shifts to emphasize digital content and other services to offset a pullback in the once-sizzling smartphone market.

The arrival of an Apple Card tailored particularly for iPhone fans came with reports that the technology titan is keen to launch its TV+ streaming service before Disney goes live with a rival in November.

Apple TV+ will debut with a small selection of original content and a possible subscription price of $9.99, Bloomberg reported, citing people familiar with the matter.

The price would be more than that charged by powerhouse players Netflix and Amazon Prime as well as the announced subscription cost of a Disney+ service to launch on November 12.

California-based Apple did not immediately respond to a request for comment about TV+.

Apple has reportedly allocated more than $6 billion for TV+ original shows, a small number of which would be available when the service goes live.

The show was described as "a high-stakes drama that pulls back the curtain on the morning news" coming this fall to those with Apple TV+ subscriptions.

With Hollywood stars galore, Apple in March unveiled streaming video plans along with news and game subscription offerings as part of an effort to shift its focus to digital content and services to break free of its reliance on iPhone sales.

The Apple TV+ service, an on-demand, ad-free subscription service, will launch this year in 100 countries, the company said at the event.

"We feel we can contribute something important to our culture and to our society through great storytelling," Apple chief executive Tim Cook said when the service was announced.

Apple revealed only a few of the programs in the works but announced collaborations with celebrities on both sides of the camera including Octavia Spencer, J.J. Abrams, Jason Momoa and M. Night Shyamalan.

The new content will be available on an upgraded Apple TV app, which will be on smart television sets and third-party platforms including Roku and Amazon's Fire TV.

Apple will also allow consumers to subscribe to third-party services like HBO and Starz from the same application.

Creative Strategies analyst Carolina Milanesi expected Apple TV+ to be more of a channel at its streaming video service, similar to an HBO, than to be a "one-stop-shop" that would stand alone.

Apple is aiming to leverage its position with some 900 million people worldwide who use at least one of its devices.

"Apple Arcade will introduce an innovative way to access a collection of brand new games that will not be available on any other mobile platform or in any other subscription service," Apple said in a statement.

The Apple credit card that became available on Tuesday in a partnership with Goldman Sachs was integrated with Apple Pay.

Those signing up will get a physical card and one for a digital wallet, with the two companies pledging to refrain from sharing or selling data to third parties for marketing and advertising.

Apple Card features that could shake up the credit card industry include not charging fees, giving users cash back on purchases, and providing tools for people to better manage their debt.

"Apple Card delivers new experiences only possible with the power of iPhone," the company said in an online post.