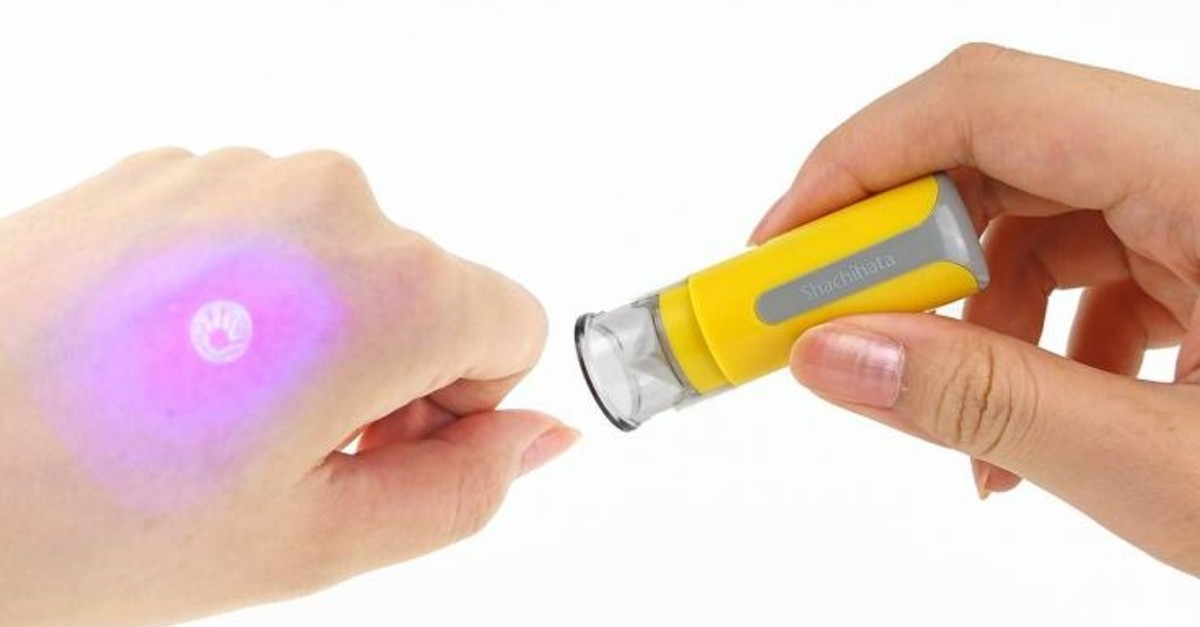 A UV hand stamp produced by a Japanese company to prevent sexual harassment in public transportation, especially on crowded trains and subways, sold out less than an hour after sales started on Tuesday, triggering the heated debate on ways to combat the growing problem of the East Asian country.

The limited number of 500 stamps were produced by Shachihata Inc. for trial purposes, as a result of a social media debate that discussed the ways of preventing sexual harassment, especially groping which is common on Japanese trains.

The product can be applied to the offender's hand which leaves a UV imprint with an image of an open palm to identify an assailant. The special ink used in the product only becomes visible under ultraviolet light and the black light that comes with the stamp can be used to illuminate the 9-millimeter stamp mark while the ink can be washed off.

Company spokesman Hirofumi Mukai said the product is designed primarily as a deterrent, to discourage anyone from groping. Similarly, a tweet posted by the company said that the launch of the product was only a small step toward achieving a society where there are no sex crimes, including groping, and acts of violence.

"We will continue to consider ways for us to contribute to society," he said.

While Japanese authorities said that whether the stamp is useful or not will be clear in time, some social media users questioned how intimidating the stamp might be, while others pointed out that interest in the stamp indicates how widespread harassment cases are.

Some users, on the other hand, have expressed concern that it may be a crime to put this ink on a person's hand.

Three months ago, Tokyo police developed a smartphone application against harassment cases. The application, named "Digi Police" which produces a voice shouting 'stop now' in cases where victims are afraid to make a sound and make the distress and a message appears on the screen for other passengers to notice the incident, was downloaded by more than 237,000 users, according to the reports.