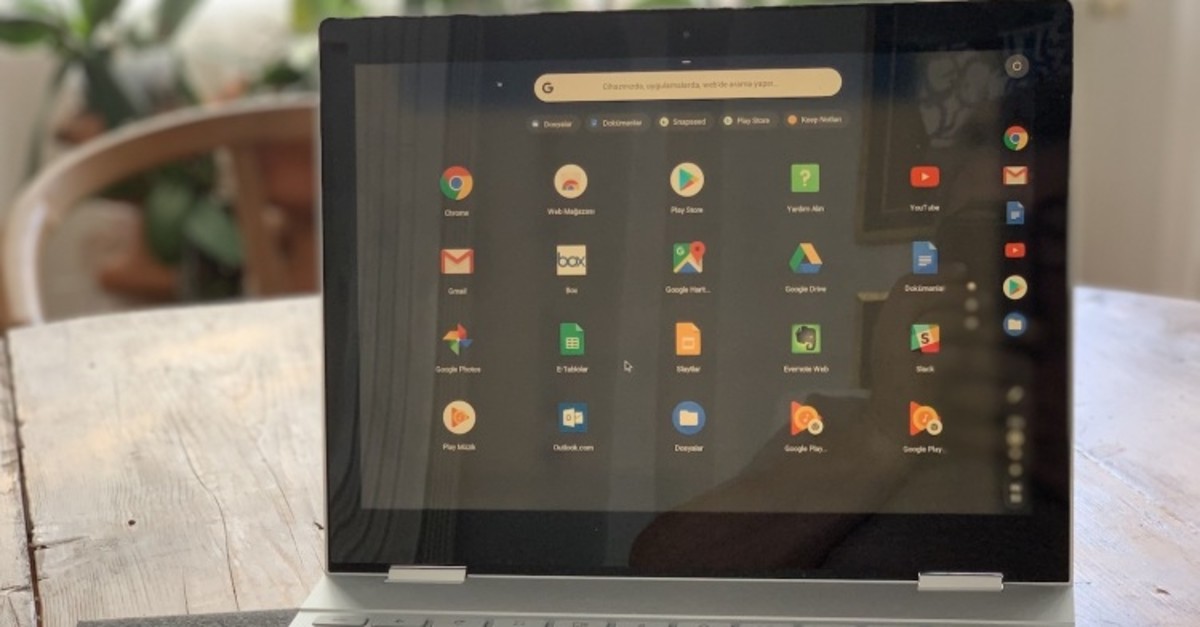 I used Google's new touchscreen device Pixelbook during my one-month tour of the Black Sea. Pixelbook is the most enjoyable notebook for Chrome OS and cloud-based users that love to work with Google products

I agree that Google does not have a good track record in hardware. However, I thought that no one could stop me from trying the Pixelbook with its 360-degree hinge and tablet feature. Almost two years have passed since Pixelbook was released in October 2017. I would not be surprised if the Pixelbook 2 comes out before the end of the year, given that it was announced despite the updated processors and details. I was still determined to try the Pixelbook. The product is both very stylish with its silver color, and light and slim design despite the touchscreen. I did not want to miss the opportunity to try the whole platform together with a Pixel 3A. So, I had an end-to-end Google experience with Chrome OS and Android OS and Google applications. I had the chance to try the laptop during my trip to the Black Sea, covering Turkey's northeast coast.

It runs seamlessly with the Chrome OS operating system, tying you to the screen with a user experience enriched by cloud-based applications. If you like to use devices in the Google ecosystem, Pixelbook can be your dream laptop. However, there is no official sales outlet for them in Turkey. With its gray cover and silver pen, the Pixelbook is quite attractive.

I did not think at first how much the touchscreen I carried with me would work. However, the Pixelbook was like a gift to use both as a tablet and a laptop. The 360-degree hinge was also a great experience compared to the devices I had used until that time.

You can customize many keys, including the menu key for upper case. So, it is okay follow your own habits here. Battery life is not a problem when you think of it as a monster with a touchscreen. But the touchscreen made my life easier, especially when watching videos. The only problem was that the frame of the screen was bigger than its peers. But if you want a touchscreen, you have to pay the price. Perhaps this will be one of the most notable details when Pixelbook 2 comes out.

If you are using Google Gmail and Google Drive, constantly switching devices, and inclined to cloud-based use, the Chromebook is a good alternative.

Now, when you look at the details, the touchscreen is a good option. Speaking in tech jargon, the basic version of the Pixelbook comes with a Core i5 CPU, 8GB of RAM and a 128 GB solid-state drive (SSD), which you can upgrade to Core i7 and 16 GB if you want. It comes with a price tag of around $1,000. I bought a version with a Core i7 processor from BestBuy and paid $290 less just because it was taken out of the box and returned. I enjoyed this discount with the case and pen. Battery life is enough to use without charging for a day. The product design is as cool as the MacBook. Especially with the case and pen, I would say it looks even better.

Ready to carry a pen

I did not think the pen would be so effective until I used Google Pixelbook. If you select English instead of Turkish, you can also use the Google Assistant feature.

The Pixelbook Pen, which comes up with a price tag of $100, is the only pen that works with Google Assistant thanks to the button on the side. Hold down the key, circle a text, and you will be able to command Google Assistant. Usually, it can be helpful for a simple web search or translation. I mostly used it to edit photos. It would be a lie to say that I used Google Pixelbook for a month without dropping it. The device fell from my hand with its case intact when I was caught in the pouring rain at the seaside. But lucky for me, it survived without even a scratch, maybe due to the material in the body. However, the fact that the battery life is available throughout the day, although the device is very thin and light, surprised me. Frankly, it was something I did not expect. The fact that it is ready to use like a smartphone makes the experience enjoyable. Nothing bothered me except the thick screen frame. However, I believe in the new generation it will no longer be a problem.

At the scene for the new iPhone

Exactly 10 years ago, I got an invitation to the first iPhone meeting. Legendary CEO Steve Jobs was at the wheel at the time. Apple had just started selling through operators in Turkey after the 3GS. I was at the store on Bağdat Street for the sale that started on Sept. 26. An elderly uncle who saw the lines for the sale starting after midnight asked me why they were waiting. Immediately afterward, he asked me what this iPhone was. What is the power that makes Apple a kind of Holy Grail? Is it because it is the first product to be prepared for the journey of user experience from design to store sale?

How did the user experience beat the technology editors? Technology editors would do product testing before Apple's iPhone, but now everyone wants to have the first experience! Are there now fewer surprises than before? Yes. It is extremely natural because, in the product supply chain, there are many business partners and thousands of software developer experiences. Moreover, the product is sold not only in the U.S. but also in dozens of countries and hundreds of cities. We will still be at the scene to experience the excitement of this year. It does not matter whether your experience is good or bad, but what it offers you from start to finish. However, your experience is directly proportional to the service you have after you buy the product. Starting with two operators, iPhone sales now cover all of them. It is not easy to predict when and at what price the new iPhone will be sold. However, we expect the large-screen Max series, as in the Samsung Galaxy Note10+, to be sold in October with a price tag starting just under TL 10,000.

Passion for cars competes with smartphones 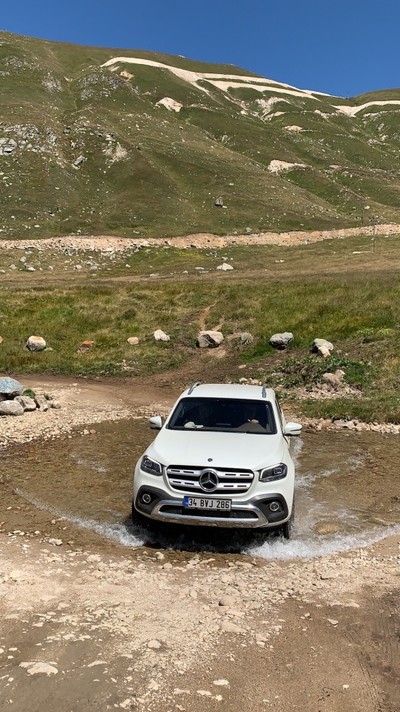 Approximately six years ago, before the release of the iPhone 5, a security guard asked to take a selfie with my phone. Now I felt the same passion when I saw people taking selfies while using the Mercedes pickup. I do not know if it is the power of the brand or the charm of the pickup.

If you want to get to know your friends, I suggest you take a road trip with them. I have seen many times that this is the right theory. If the road is full of surprises, it is even more enjoyable. I had the first pickup experience in Adana's Ceyhan district in an American car with manual transmission. I felt the sound of a six-cylinder monster as it got its teeth into the field. At that time, farmer's children would learn to drive on the tractor before stepping into puberty. From the age of 15, Renault Toros and pickup trucks were taken for a drive from the garage without letting the father know. It was very difficult to control the eight-cylinder monsters at the age of 18. Years later, I had the chance to use the Power X model of the Mercedes X Class series by issuing an SRC certificate during my Black Sea trip. It was an interesting experience because years ago when I tried the iPhone 5 for the first time in Turkey, the security guard who saw the phone in my hand wanted to take a selfie with the device. Now years later, while driving in Trabzon's city traffic, a woman in the car in front of me took a picture of my car. Then a Georgian tourist at the rest stop asked for permission to take photos with the vehicle. I was really surprised. What makes cars so attractive?

A monster that forgot its weight

Imagine an agile animal with strong muscles. An animal capable of surviving in the most challenging conditions, demonstrating its strength in all-terrain conditions. It is Mercedes' new job to combine such a powerful vehicle with a docile dashboard. I do not know if it is the effect of the brand or the charm of the car, but I am surprised to see people yearning to take a photo of the Mercedes X Class closing in behind their vehicle. In this powerful vehicle, I carried both a tea and a hazelnut basket during my Black Sea journey. I always came across women. It is not easy to understand what is going on in the Black Sea without listening to the stories of women. It is possible to carry a ton of weight like it is nothing. It is possible to follow everything from the comfortable screen. However, it would be nice if I got a warning when the back cover was opened just like an open door because it is not easy to get into the habit of locking it. I thought this was not such a luxurious characteristic for such a special pickup.