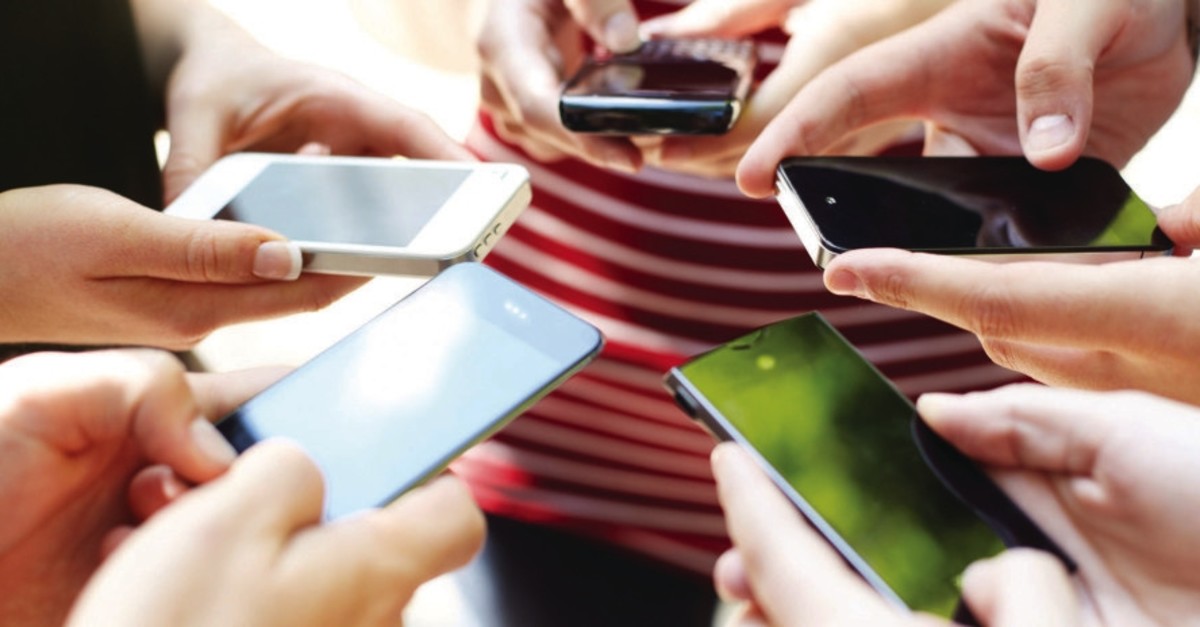 Recently, Turkish game companies have hit the headlines with their sales and games that have topped the world rankings. Technology giant Peak, headquartered in Istanbul, came to the fore with $100 million in game sales this year, recently taking the lead in the Japanese market with its game, Toon Blast. According to Newzoo figures, mobile games account for $68 billion of the game market, which is expected to exceed $152 billion in 2019. Peak, one of the prominent players in the mobile application market in the world, has taken the lead with Toon Blast in Japan, the world's third-largest mobile application market. Toon Blast, one of the company's signature mobile games, now ranks first on the list of the most downloaded games in Japan, after the United States and Europe. Also this year, Turkish game company Gram Games was sold to world giant Zynga for $250 million. Taking part in the competition, Peak has accelerated its investment in human resources and thus technology through game sales alone.

26th in the world 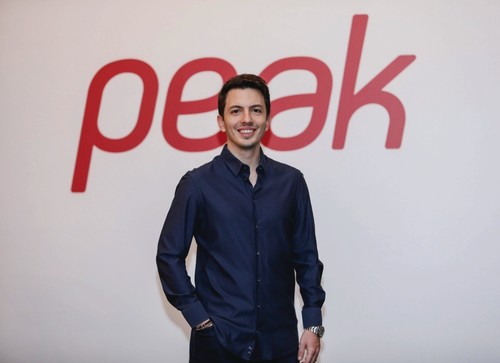 It is exciting to hear a technology company like Peak, currently headquartered in Kabataş, Istanbul, made the world rankings. Peak Strategy Director Ömer İnönü said that Japan was the third-largest mobile application market in the world, followed by China and the U.S. He said that Peak ranked 26th in the world among companies making the most money in mobile applications.

The $68 billion gaming market continues to grow. Maintaining its claim to be one of the global technology giants in this market, Peak does so without special support from the state.

Some 12 years have passed since the first iPhone was launched. Tablet and mobile phone games are now the biggest players in the total market. According to Newzoo's figures, the mobile gaming market, which is expected to outperform the computer and gaming console market in 2019 and reach $68.5 billion, continues to grow. The total figure for the world gaming market, which reached 2.5 billion players, was $137.9 billion in 2018, while the total figure reached $152 billion this year. Along with the change in decisions taken by the Chinese regulatory agency last year, as well as the absence of new global box-office record-breakers, growth signals for mobile games are slowing down. Moreover, the growing expectation for new generation consoles slows the market in the second half of the year.

Mobile gaming continues to be the largest segment in 2019. With an increase of 10.2% year-on-year, 45% of the global game market rose to $68.5 billion. Of these, $54.9 billion comes from smartphone games. PC games will be both the smallest and slowest growing segment and are expected to rise by 4% year-on-year to $35.7 billion. 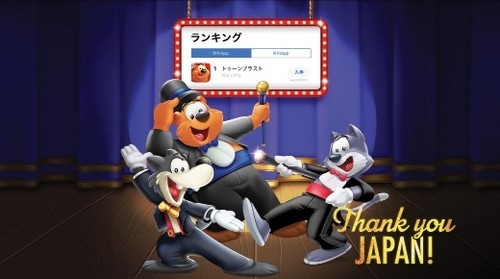 Setting an example for technology companies with human resource investment this year, Peak revealed what the greatest value was. Peak has shown the whole country its determination to invest in human resources in Turkey, which has unemployment on its agenda. Peak's success in Japan on the mobile app side has proved to be even more valuable to the generation growing with Japanese anime. Founded in Istanbul in 2010 to become a technology company extending from Turkey to the world and touching the lives of people, Peak is one of the largest companies in the mobile application market in the world. Behind the success of Peak, which continues to achieve great success in mobile gaming while developing products in different technology areas, there is a team dedicated to living, progressing, learning and producing. 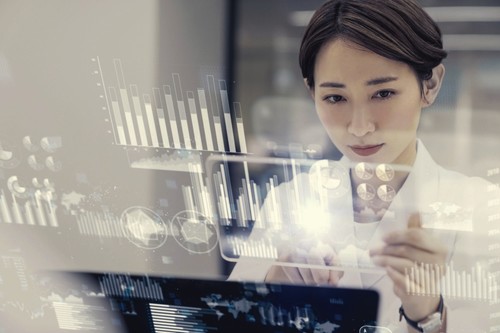 Developments that will accelerate the progress in the field of medicine are exciting. The new automatic medical coding solution, which greatly simplifies compliance with medical classifications, reduces the registration process, which normally takes an average of 15 minutes, to less than a minute.

Medical Coordinator Dr. Julio Mayol explained the importance of the "co-development" approach from a medical point of view. "We are constantly looking for new ways to improve clinical decision making. Our work with Fujitsu European Laboratories is a key development to improve productivity," Dr. Mayol said. "Most of the current Health Processing systems do not fully meet the requirements of the doctor-patient relationship. The truth is, the difficulty in using existing systems is causing wear to healthcare professionals. With innovations such as Fujitsu's new AI-backed text mining technology, we can achieve concrete improvements in the clinical decision-making process."

"Our strategy to act with business partners such as the San Carlos Clinic Hospital has given us an important insight into the challenges facing the healthcare sector, especially in medical decision-making," Dr. Adel Rouz, chairman of the Fujitsu European Laboratories, said in a statement. "We were able to put forward many important innovations that make a difference in the business processes of medical professionals. This solution helps to increase the reliability of clinical data, as well as digitizing hospitals, health insurance companies, and government agencies. We believe that our technology can be easily adapted to solve similar problems in many areas such as insurance, law and compliance." Properly structured information plays an important role in decision-making on medical issues and in improving health care delivery. However, nowadays, the time spent on access to the Health Monitoring system becomes even more meaningful, as physicians are making less time available to patients in the clinical field. By providing health care professionals with more flexible data entry methods, such as the use of plain text when writing a patient report, cost per patient can be reduced, enabling experts to record more efficient patient data. 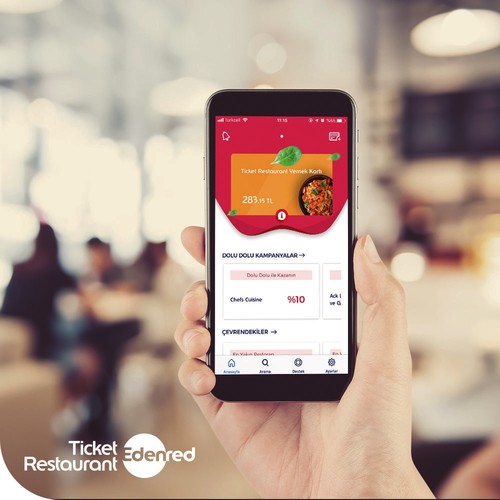 Edenred, the founder of meal tickets with their Ticket Restaurant brand, carries meal cards to mobile phones with the MyEdenred mobile application. Used instead of a meal card, MyEdenred reached approximately 500,000 users last year. While users in big cities such as Istanbul, Ankara, and İzmir showed the most interest, the Dolu Dolu Campaign, which offers discounts and advantages in restaurants and cafes, became the most-used part of the application. Users can instantly see and decide on nearby restaurants, get notifications on campaigns and make choices based on their budgets. Besides, the use of payment with QR code integrated with the mobile application is increasing rapidly. The MyEdenred application eliminates the problem of forgetting or losing the card thanks to the QR code payment feature, mostly preferred in the Şişli, Ataşehir, Beşiktaş districts of Istanbul and Ankara's Çankaya district. In addition to these features, users can check their balance information via the MyEdenred application and follow the card's spending movements and points. In the event they misplace their cards, users can also block them with a single click on the mobile application.

Managers no longer deal with collection

Housing estates and public living areas manage all of their accounts instantly from a single screen with Apsiyon's online banking integration service. Residents, on the other hand, can easily follow their payments through the service.

In cities where living together is becoming more and more difficult, almost everyone has to deal with the dues and management crisis in apartments and housing estates. To keep a healthy accounting record of housing estates and public living areas, bank account movements should also be monitored effectively.

Apartment management requires strong bank integration to make accounting processes more efficient. Serving a digital assistant for the managers, Apsiyon facilitates the lives of both managers and residents by providing online integration with Turkey's 19 largest banks. Working with 97% of the bank branches in the country, Apsiyon has been providing online banking integration services to the public living spaces since 2013.

Thanks to the Online Account Transactions System (OHH) offered as part of this service, managers can instantly monitor the status of the bank accounts of the housing estate they manage. They can view the balance in all bank accounts integrated into the system up to date. The records of transactions are created with one click and without error.

Managers can also view all transactions on the account from a single screen and instantly confirm payments with a single click. Apsiyon's intelligent algorithms match transaction movements with people. This mapping with customer relationship management (CRM) records saves the estate management time and avoids any financial errors that may arise. Thanks to the Dues Collection System (ATS), residents can pay their dues through Internet branches, ATMs, mobile applications or tellers just as they pay an electricity bill using the 10-digit payment code defined for each apartment separately.

The payment transactions made by the residents with the ATS are automatically recorded in the Apsiyon system. The fee is transferred to the estate's account without the need for an additional approval process. The management can view payments instantly in their account.

Apsiyon also offers residents the opportunity to pay dues online. In this way, residents can pay with a single card transaction and installments. The residents can also issue automatic payment instructions, thus eliminating the problem of forgetting and delay.