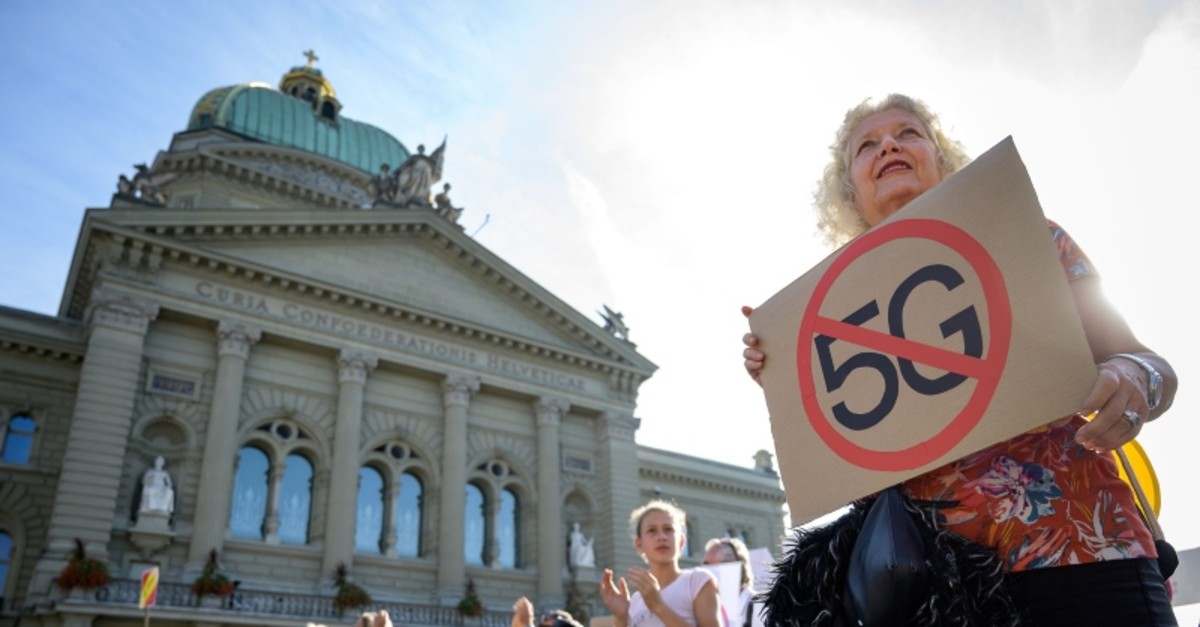 People take part to a nationwide protest against the 5G technology and 5G-compatible antennae deployment in front of the Swiss house of Parliament in Bern, on Sept. 21, 2019 (AFP Photo)
by Sep 21, 2019 10:07 pm

Thousands of people protested in the Swiss capital Bern Saturday over the roll-out of a 5G wireless technology across the country, which they fear could damage people's health.

The protesters, many carrying placards, gathered in front of the Swiss parliament building, in a bid to stop the construction of more 5G-compatible antennae.

"The fact that so many people turned out today is a strong sign against the uncontrolled introduction of 5G," said Tamlin Schibler Ulmann, co-president of Frequencia, the group that organized the rally.

The tiny principality of Monaco became the first country in Europe to inaugurate a 5G mobile phone network in July based on technology from Chinese firm Huawei, which is seen by the US as a major security risk.

But critics in Switzerland argue that the electromagnetic radiation the new system emits poses unprecedented health and environmental risks compared to previous generations of mobile technology.

Online petitions have helped persuade several Swiss cantons -- in Geneva, Vaud, Fribourg and Neuchatel -- to postpone the construction of antennae as a precaution.

The Swiss Federation of Doctors (FMH) has also argued for a cautious approach to the new technology.

Opponents of the new technology are trying to gather the 100,000 signatures they need to force a referendum on imposing a moratorium on the technology until its risks can be properly assessed.

In February, Switzerland attributed 5G frequencies to three major operators, Swisscom, Sunrise and Salt, and the operators have been pushing the cutting-edge technology in television advertisements and on billboards.

By early July, 334 antennae stations for 5G were operational across the country, authorities have told AFP.

There are several studies on the health impacts of the new technology underway, including one by the World Health Organization, which has told AFP it had begun "conducting a risk assessment of health outcomes from radiofrequency fields exposure".

A group of experts was also appointed by the Swiss government last year to probe the risks involved with introducing 5G, and their findings should be published by the end of the year.