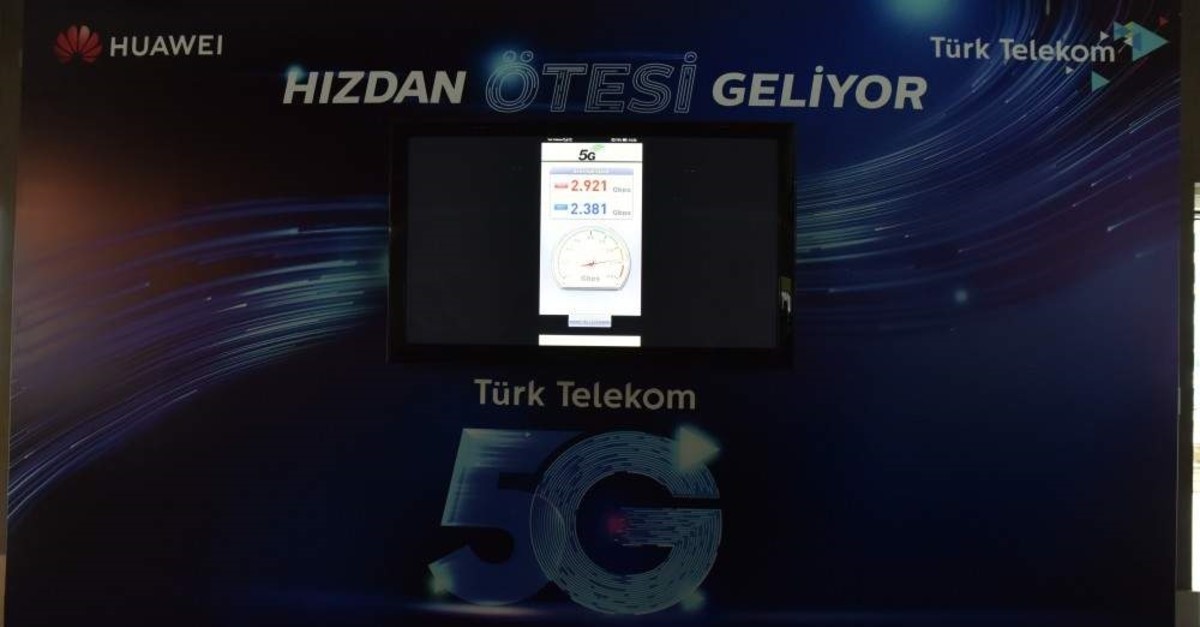 The company carried out the test in compliance with international 3GPP standards, which it founded with Huawei at its Ümraniye Technopark Mobile Network Test Center. It used two 100MHz bandwidth carriers at 3.5 GHz frequency.

As a result of the test, the highest speed of 5G has been achieved with the Huawei Mate 20 X 5G smartphone which had Türk Telekom’s 5G-compatible SIM card, complies with 3GPP Standards and has been made available for commercial use.

Türk Telekom Deputy General Manager of Technology Yusuf Kıraç said they combined two separate 5G carriers using 5G NR Carrier Aggregation Technology in the test they have carried out. “We have achieved unprecedented speeds in the world by successfully implementing 5G NR Carrier Aggregation technology, which is an important technology to be used in 5G in the coming years, on our live 5G test network. Thanks to this technology, which brings many benefits for users and operators, the high-speed and large-capacity targets promised by 5G technology have been achieved,” he added.

Kıraç recalled that Türk Telekom has recently broken many new grounds with its tests in new-generation educational technologies, Industry 4.0, public security, smart cities and plays within the scope of Turkey’s objective of being one of the first countries in the digital transformation process and transition to 5G.

“Our works on 5G as well as all new-generation technologies continue at full speed on our live 5G testing network, which complies with international 3GPP standards and operates at 3.5 GHz. With our strong fiber infrastructure, we are the readiest operator for 5G. Nearly 50% of our 4.5G base stations are fiber-connected. We are maintaining our investments to focus on the technological and digital transformation of Turkey and expand out 5G and supportive fiber infrastructure across the country. You can make sure that new ones will be added to these successful results we have achieved here today thanks to the hard work and self-sacrifice of all our employees and business partners,” Kıraç underlined.

Huawei Turkey Chief Technology Officer (CTO) Simon Pei said considering the results the Chinese firm has broken a significant record in the 5G speed test, not just in Turkey but in the world.
“We carried out this test with Huawei 5G commercial network equipment using C-band 200MHz IBW and 2CC Carrier Aggregation Technology that only Huawei’s product can support. In this test, which we implemented on Türk Telekom 5G test network, we used the innovative '5G New Radio Carrier Aggregation Technology,' which provides high data rates, increased capacity and a wider spectrum. Huawei will continue to work with Türk Telekom to share 5G's market-leading commercial applications with the entire ecosystem in the future and will support Turkey's digitalization process as it has always been,” Pei said.

Earlier on Friday, football fans at the match between Galatasaray and ÇAYKUR Rizespor at Türk Telekom Stadium were told about the conveniences 5G technology will offer at the event area. The fans, welcomed by Türk Telekom's Galatasaray robot, shared some enjoyable moments before the match.