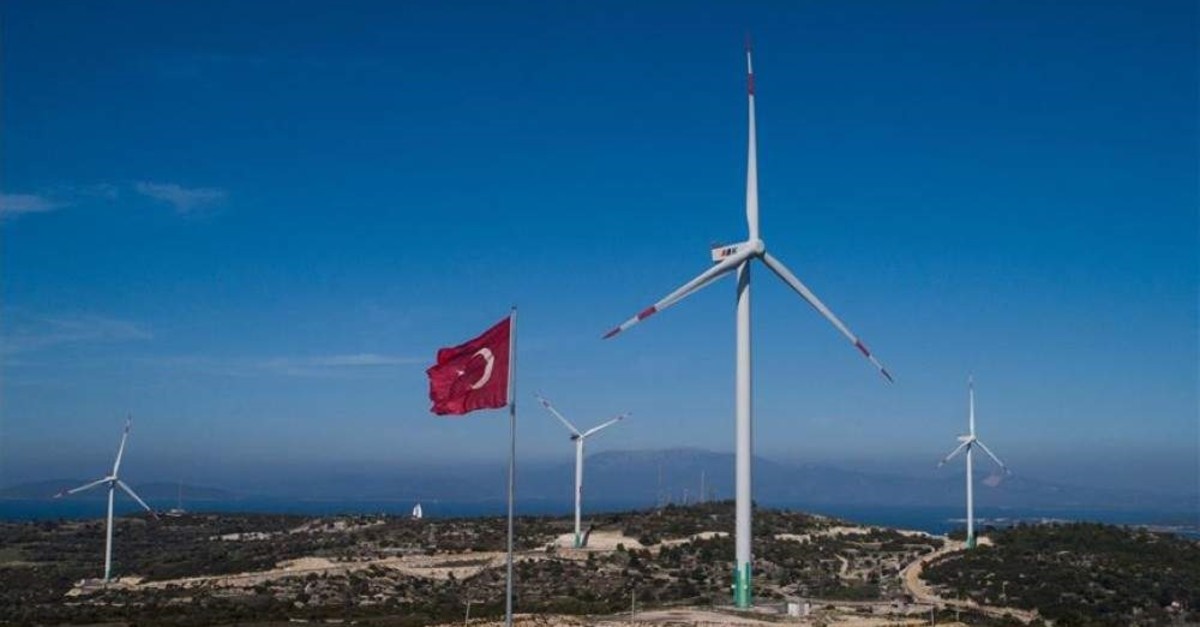 Turkey’s Aegean region, with its high winds, is suitable for wind energy generation and hosts 38% of Turkey’s wind power plants.
Yavuz said the current 2,868 MW installed capacity of wind plants in the Aegean region could reach almost 3,500 MW once the projects either under construction or planned are finalized.

For the production of wind energy equipment, İzmir has been the natural choice as a production center for big international companies like Enercon, Siemens Gamesa, General Electric LM Wind Power, TPI composites, CS Wind, according to Yavuz.

"A strong supply chain has been created in İzmir, also thanks to local firms such as Ateş Çelik, Dirinler Döküm, Norm Cıvata and Tibet Makina. Nearly $2 billion of investments have been made in the wind sector and over 5,000 new jobs have been created in the wind energy equipment manufacturing sector only," Yavuz said.

The large amount of exports from İzmir is a testament to its success as an export region, he said.

Research by the Economic Policy Research Foundation of Turkey (TEPAV) released back in 2017 shows that Turkey has a foreign trade surplus in wind energy equipment, according to Yavuz.

"The export of a total of 99 blades manufactured in Turkey to Australia, each measuring more than 63.7 meters, shows that the equipment produced in İzmir is preferred globally. This factory continues its efforts to be one of the most important turbine blade factories worldwide," he said.

The wind energy sector, which is a ‘priority area’ for İZKA, has the potential to show an even more rapid development, according to Yavuz.

And the work of İZKA is part of this success with its involvement in supporting investors and local businesses in getting their projects off the ground.

"We have some services and supports for the investors accordingly. Along with consultancy, we help investors in getting permits and licenses, so their projects can be realized as soon as possible. We also provide financial aid. We allocated nearly TL 35 million for 54 projects under two financial support programs," he explained.

These support programs also helped clustering efforts in the renewable energy sector in İzmir. For example, two small and medium-sized enterprises were able to transfer their small firms into bigger production businesses with high added value, according to Yavuz.

Now the clustering activities are gaining even more momentum with İZKA preparing to conduct an EU project with a budget of 3 million euros ($3.34 million) in the second half of 2020, he added.

Yavuz said he hopes that developments in the wind sector would facilitate a similarly rapid rise in the solar energy sector also.

"The allocation of more than $1 trillion every year is expected to combat climate change worldwide,” he said.

In the face of climate change, which Yavuz considers is one of the biggest threats that face humanity and one of the main combat areas for sustainable development, he argued that İzmir could undertake a leading role in Turkey in tackling climate change through the transition to clean energy.