Erdoğan: Turkey determined to keep up with digital world 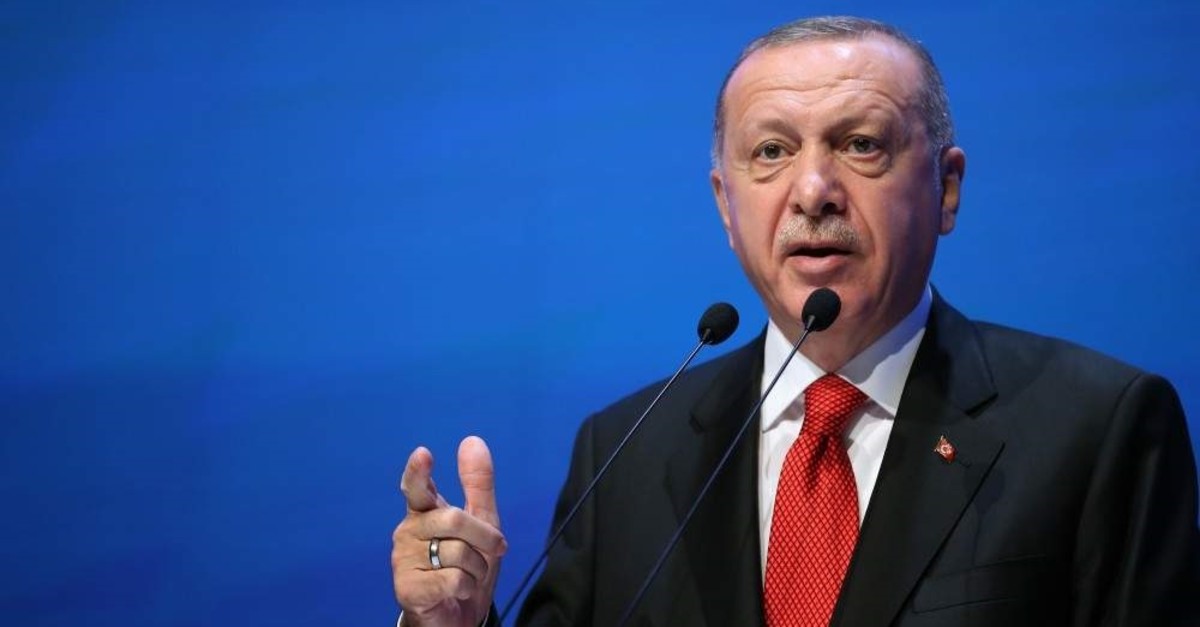 by Daily Sabah Nov 27, 2019 6:39 pm
Issues such as the digital economy, digital trade, digital Turkey and future cities are high on Turkey’s agenda, President Recep Tayyip Erdoğan stated Wednesday.
Erdoğan’s remarks came speaking at the Independent Industrialists’ and Businessmen’s Association (MÜSİAD) conference, MÜSİAD Vizyoner’19, held in Istanbul.
Stressing Turkey’s determination to stay ahead of the curve technologically, the president emphasized that Turkey would soon take revolutionary steps in space technology, having last December announced the establishment of the country’s first space agency. Industry and Technology Minister Mustafa Varank on Tuesday said Turkey would unveil its National Space Program in 2020.
Varank said that although newly established, Turkey’s Space Agency was grabbing the attention of many countries, noting cooperation agreements having already been signed with Ukraine and Hungary.
President Erdoğan also announced that Turkey would have a domestic indigenous communications satellite, Türksat 6A, up and running by 2022.
The Türksat 6A satellite was developed by the Spacecraft Assembly, Integration, and Test (AIT) Center in the capital of Ankara.
“We have founded the Turkish Space Agency. Having already launched Türksat 4A in 2014 and Türksat 4B in 2015, we are now planning to send to space Türksat 5A next year and Türksat 5B in 2021. More importantly, we will have put into service Turkey’s indigenous communications satellite Türksat 6A by 2022,” Erdoğan said.
The president underscored that their objective would be to keep up to date with and support efforts to shore up areas such as cyber security, national software, metadata, artificial intelligence (AI) and the protection of critical infrastructure.
“No matter how fast we digitalize, technology is always way faster than us. The number of broadband internet subscribers in our country stood at 3,000 when we first came to power. Today, however, there are over 75 million broadband internet subscribers in Turkey. Likewise, the number of mobile phone subscribers has risen from 23 million to more than 82 million. The length of the fiber-optic line was 81,000 kilometers back then, but we now have exceeded 364,000 kilometers,” Erdoğan said.