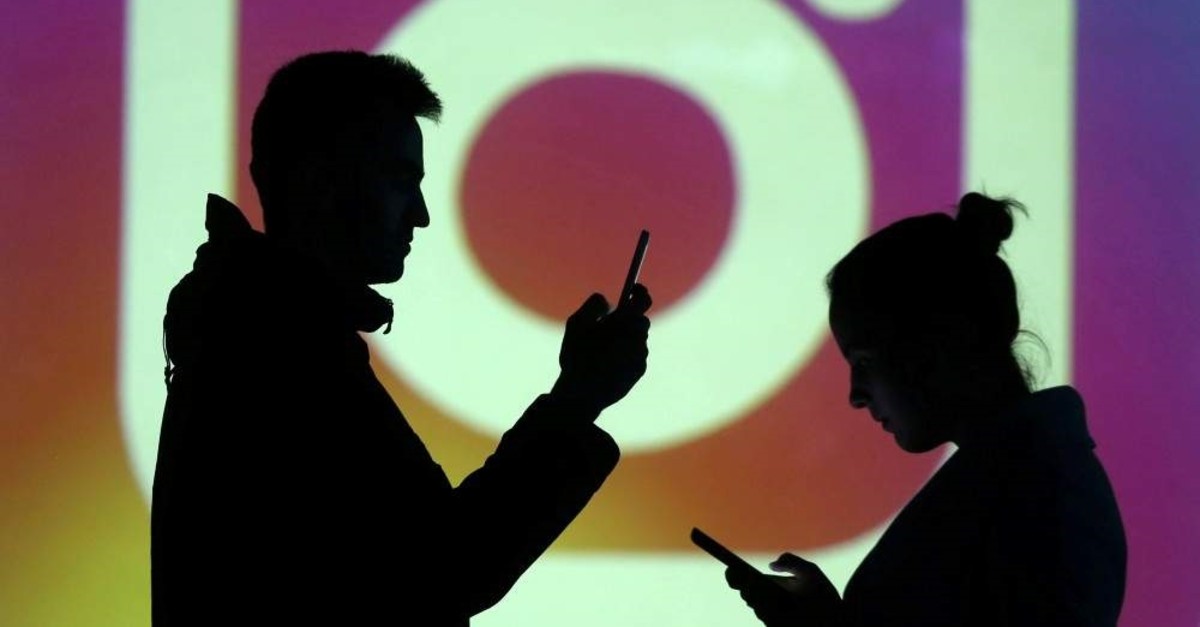 Silhouettes of mobile users are seen next to a screen projection of Instagram logo in this picture illustration taken March 28, 2018. (Reuters Photo)
by Compiled from Wire Services Dec 05, 2019 11:19 am

Instagram said Wednesday it would require new users to verify they are at least 13 when they join the visually focused, Facebook-owned social network.

The company said it will require birthdates from all new users starting Wednesday, expanding the audience for ads for alcohol and other age-restricted products while offering new safety measures for younger users.

Until now, Instagram except for limited circumstances has required its 1 billion users only to say they are at least 13 years old.

Instagram said advertisers were not the driving force for the new requirement. Gambling and birth control are among other types of ads restricted to older audiences by Instagram policies and laws.

The policy change could help stave off the passage of costly child safety and data privacy regulations as lawmakers and family safety groups in the U.S., Britain and elsewhere criticize the app for exposing children to inappropriate material.

The announcement came a day after a TechCrunch article which noted that Instagram did not follow the example of most of its social media peers in checking the ages of users, which could put the network in violation of the Child Online Privacy Protection Act.

The birthdate requirement is the latest step Instagram has taken to move away from longstanding principles such as anonymity that had distinguished it from Facebook's namesake app.

"Understanding how old people are is quite important to the work we're doing, not only to create age-appropriate experiences but to live up to our longstanding rule to not allow access to young people," Instagram's head of product Vishal Shah said in an interview with Reuters.

He declined to specify age-based features in testing but said age could be the basis for recommended privacy settings or in-app education about staying safe online. Birthdates will not be visible to other users.

In addition, Instagram will introduce in the coming weeks options for users to block messages from people they do not follow and for both businesses and popular users who are known as "creators" to more easily restrict minors from viewing their posts, Shah said.

Scrutiny of Instagram increased as it overtook Facebook's main app in popularity among teens and young adults and became a leading contributor to Facebook's revenue growth.

Instagram will not verify birthdates because teens often cannot prove their age, and it will still be left without birthdays of some existing users. Instagram expects most people will be honest about birthdates and said artificial intelligence could eventually aid verification.

Jeffrey Chester, who focuses on kids' safety issues at the Washington-based Center for Digital Democracy, described Instagram's new policy as "long overdue" to come in step with U.S. laws aimed at preserving the online privacy of children under 13.

But the London-based National Society for the Prevention of Cruelty to Children said asking for "an unverifiable date of birth will do nothing in practice to protect children from harmful or age-inappropriate content."

Until now, Instagram required birthdates only in limited circumstances.

Users who had merged their Instagram profile and Facebook account, which requires a birthdate to create, turned over the data. Minors in the EU over the last 18 months also had to submit birthdates so the company could comply with the region's new data privacy law, known commonly as GDPR.

The existing birthdays, along with some rough analysis by workers poring over posts mentioning "happy birthday" and other terms, have helped Instagram train machine learning software that predicts a user's age and gender.

The automated prediction also takes into account the variety of posts someone makes and the hashtags used.

Instagram employs its predictions to understand usage patterns by age and gender. But Shah said Instagram is reluctant to use predictions to personalize features or determine whether someone is lying about their age because of reliability and transparency concerns.

"It's important for us to use people's explicit (birthdate) input for now, but that might change," he said.

Current users who have not linked their Instagram and Facebook accounts will be able to add their birthdates starting Wednesday, but the company is still debating whether it would be too intrusive to make it mandatory, Shah said. Instagram knows whether some of those users are adults, for instance, because it asks them to say so before looking at profiles of alcohol and sexually explicit businesses.