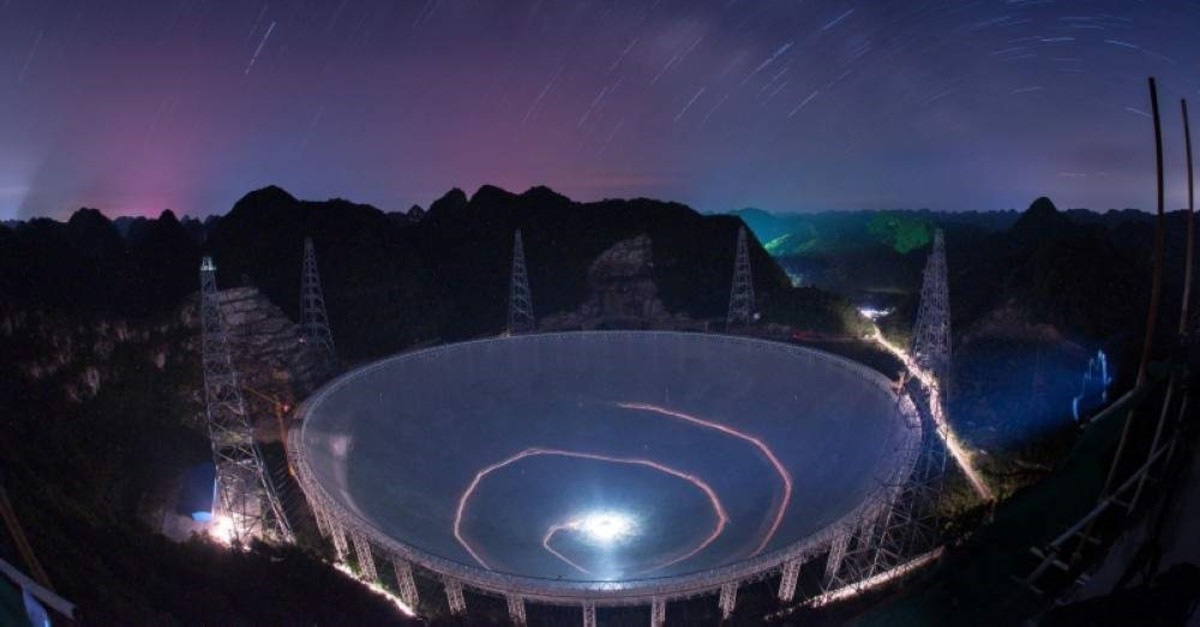 In this photo released by China's Xinhua News Agency, a vehicle leaves light trails in a long exposure photo as it drives near the 500-meter-wide Aperture Spherical Telescope (FAST) in Pingtang County in southwestern China's Guizhou Province, June 27, 2016. (AP Photo)
by reuters Jan 13, 2020 10:46 am

China on Saturday officially opened the world's largest radio telescope, which it will use for space research and help in the hunt for extraterrestrial life, the official Xinhua News Agency reported.

The 500-meter-wide Aperture Spherical Telescope, or FAST, is the size of 30 football fields and has been hewed out of a mountain in the southwestern province of Guizhou. It is also known by the name "Sky Eye" in China.

Xinhua reported that the telescope had received national approval to start operations. It finished construction in 2016 and has been undergoing debugging and tests in the years since.

FAST's Chief Engineer Jiang Peng told Xinhua that the telescope's trial operations had so far been reliable and stable and that its sensitivity was more than two and a half times that of the world's second-largest telescope.

The project has also obtained some valuable scientific data over that time and is expected to help lead to some breakthroughs in areas such as low-frequency gravitational wave detection and interstellar molecules in the next three to five years, Xinhua said.

Advancing China's space program is a priority for Beijing, and the country has set a target to catch up with Russia and the United States and become a major space power by 2030.

Beijing plans to launch the construction of its own manned space station next year.