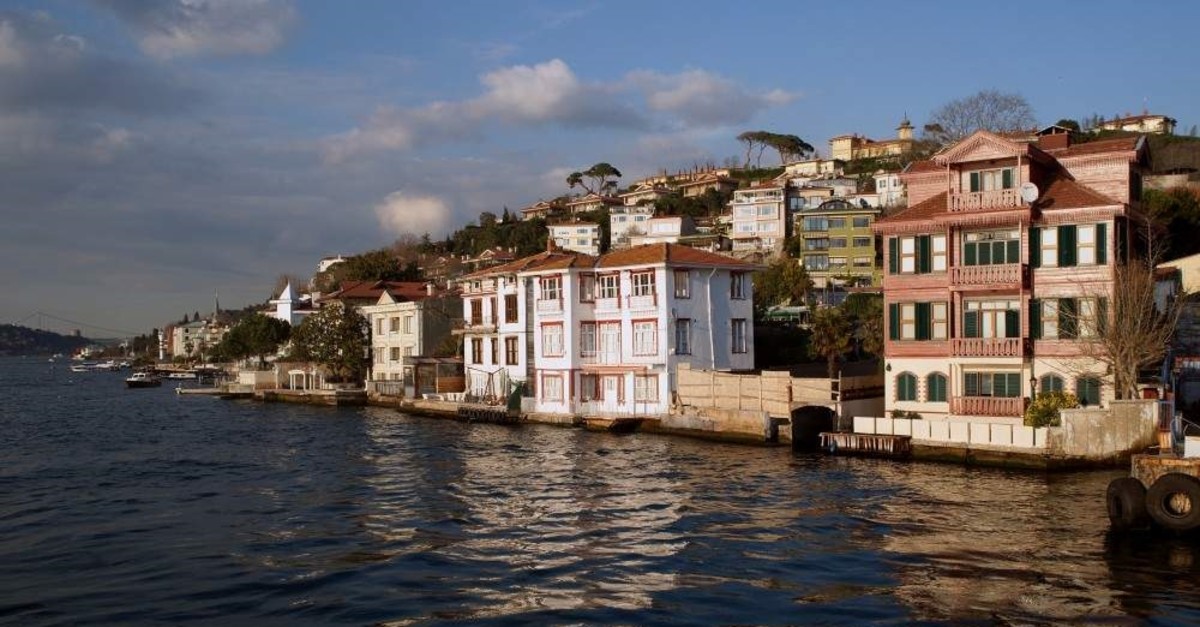 The app, called KarDes ("kardesh") – meaning "map" in Armenian and "sibling" in Turkish – was launched last week by the Istanbul-based Hrant Dink Foundation.

The app was designed as a personal tour guide in both Turkish and English, allowing users to learn more about the 15 million-strong city's history through curated walking tours, each lasting for around two hours.

The group worked for over a year to make the project a reality, and with evident success. Since it went live last Thursday, the free app has already been downloaded by over 7,000 people.

The Hrant Dink Foundation was founded to honor Turkish-Armenian journalist Hrant Dink – the founder and editor of Agos – after he was shot dead on an Istanbul street in 2007.

"When we decided to work on KarDes, we wanted to make an Istanbul-focused project," Pulatyan said.

Istanbul's minority population shrank significantly after the first half of the 20th century. The year 1915 saw mass relocations, which then-Prime Minister and current President Recep Tayyip Erdoğan expressed condolences for in 2014; 1923 saw the post-World War I population exchange between Turkey and Greece; 1942 witnessed a "wealth tax" hit non-Muslim communities; and violence in September 1955 led many minority citizens to leave the country.

Avcı said that although most buildings or sites included in the app were established before the 19th century, there are some exceptions.

"We aimed to show Istanbul's multicultural structure, so sometimes a hamam (Turkish bath) or a sports complex or even a stone might be our stop," she explained.

Places, where prominent poets and artists lived, are also included on the tour route, said Saskal, so as to highlight those who helped the city's multiculturalism.

The app also features 40 oral history videos where locals tell the history of their neighborhoods.

One of those locals also helped Istanbul native Turkish-Armenian Avcı find out the real story of an old building in the mainly Armenian-inhabited Samatya district, where her grandparents lived for many years.

"There's a tea house on the corner of the street where my grandparents live," she said.

"It was there since my childhood. When we carried out the oral history interviews in Samatya, one of the locals told us that the building used to be public housing for nuns," she added. "I was thinking I knew Samatya, and I was so surprised also after reading it in a history book."

Thematic tours to be added in-app

To prepare each tour program, the team held workshops and consulted with professional tour guides as well as experts on the issue.

To offer a fuller picture of Istanbul's cultural richness, they decided to include districts such as Samatya, Buyukdere and Balat, areas not as well known as tourist hotspots like Ortaköy.

One of the difficulties of creating the tour programs was figuring out which stops to include on each tour.

"For example, there's the Pera tour (in Istanbul's historic Beyoglu district), where there are hundreds of historic buildings from one side to the other, and it was very difficult deciding which sites to include," Pulatyan said.

In the end, for their general tours, they decided to include an example of one of each type of building, for example, featuring one out of 10 churches in the area and decided later to have thematic tours of theaters or churches in the district.

"We don't have a tour of the historical peninsula in Istanbul such as the Fatih district," said Pulatyan. "We'll add that tour but also add other areas such as the neighborhoods of Bağlarbaşı and Çengelköy, which are not very well known."

According to Avcı, KarDes is "the first step" of a long trek. The team is working to evaluate proposals for new tours and are open to suggestions.

"Istanbul is a city with endless stories," she said. "In Istanbul, every street, every neighborhood, every district has a story to tell."