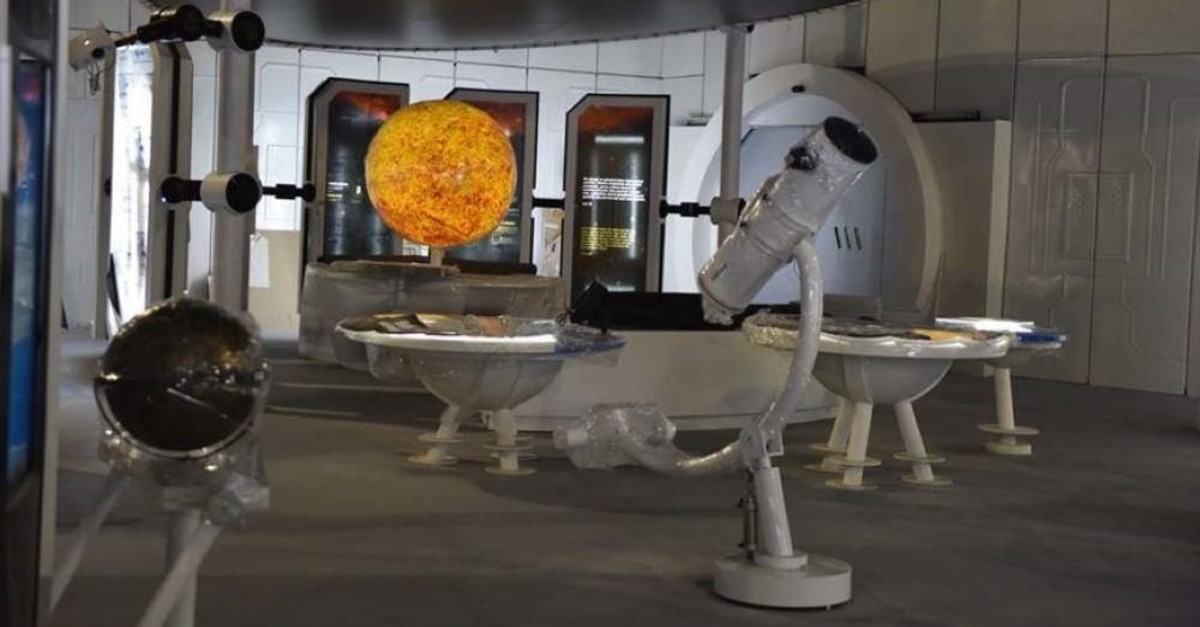 The Gokmen Space and Aviation Training Center (GUHEM), Turkey's first space-themed training base project, will open its doors in the western city of Bursa in April with an aim of awakening Turkish youth's aspirations about space and aviation.

The Bursa Chamber of Commerce and Industry (BTSO), the Science, Industry and Technology Ministry, and the Scientific and Technological Research Council of Turkey (TUBITAK), in collaboration with the Bursa Municipality, completed the project on a TL 200 million ($32.8 million) budget, on a 13,500-square-meter site.

GUHEM has 154 interactive systems, aviation training, a space innovation center and vertical wind profiles, in addition to modern aviation simulators. On the second floor, dubbed the "space floor," information will be provided about the atmosphere and solar system, galaxies and planets when it opens on April 23.

İbrahim Burkay, head of the Bursa Chamber of Commerce, told Anadolu Agency (AA) the project was one of the first visionary projects when he came to office in the chamber in 2013.

He said Turkey wants to become one of the top 10 economies in the world and top economies are ahead of others in space and aviation technologies.

Burkay claimed it is very important to create awareness on the issue. Citing the Smithsonian Institute in the U.S. and Canadian and Russia's own aviation centers, he said: "We have started the Gokmen Space and Aviation Training Center with this purpose. The center will be one of the best in Europe, and one of the first five in the world."

It is important to attract young people to space and aviation fields, he said.

"When we ask young people of their future aspirations, we do not see many aspiring astronauts, cosmonauts or subjects related to space technologies. One of the aims of this center is to awaken this interest," he said. "The center will be similar to other centers around the world. We have collaborated with various centers abroad on this issue. We have close relations with the Turkish Space Agency, which we hope to inaugurate in the near future. Our center will serve our nation's future plans."