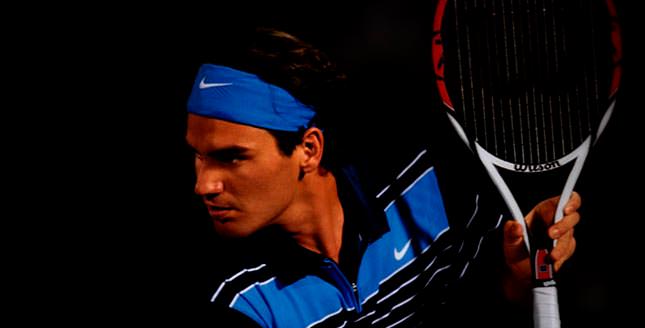 by Feb 26, 2014 12:00 am
Roger Federer began his campaign for a record sixth Dubai Championships title with a 6-1, 6-4, win over Benjamin Becker of Germany on Monday. The eighth-ranked Federer has never dropped a set to the 93rd-ranked Becker in four matches.

Federer and topseeded Novak Djokovic, who will play his first match on Tuesday, have won nine of the last 11 titles here in Dubai. Federer won the trophy in 2003, '04, '05, '07 and '12. Djokovic, the defending champion, won four times, with Rafael Nadal winning in 2006 and Andy Roddick in 2008. Federer raced through the first set against Becker in 22 minutes. In the second set, Becker challenged better by playing himself into points.

Federer faced a break point in the final game, which went to deuce twice, but managed to close it out. Seventh-seeded Philipp Kohlschreiber of Germany won his opening match 6-3, 6-3 over Dutch qualifier Thiemo De Bakker. Kohlscreiber led 6-3, 5-0 when he lost three games in a row before serving out.

Eighth-seeded Dmitry Tursunov of Russia was a 7-5, 6-1 winner over 101stranked qualifier Lukas Lacko of Slovakia. Andreas Seppi of ıtaly beat Florian Mayer of Germany 4-6, 6-1, 7-5 from 4-1 down in the third set. The victory was only the second for Seppi this year. His only other match win was beating Lleyton Hewitt in five sets in the Australian Open first round.