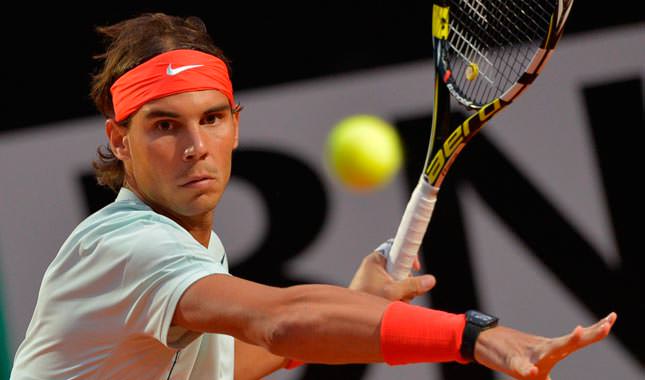 by reuters Mar 12, 2014 12:00 am
California - Nadal blew a 4-2 lead in the deciding tiebreak after the Spaniard had fought his way back from 5-2 down in the deciding third set."I wanted to play very well here. I had good success in this tournament in the past, a tournament I always feel good about," said Nadal, who will now turn his attention to the Sony Open in south Florida. "I'm going to keep working hard to try to be ready to play better in Miami." Nadal beat Dolgopolov in the final of the inaugural Rio Open last month but the Ukrainian got his revenge on the world number one in the Californian desert. "I feel great, as after every win, of course. I beat the defending champion and the number one in the world," said Dolgopolov, whose next opponent is Fabio Fognini after the Italian saved two match points in a 6-2 3-6 7-5 win over Frenchman Gael Monfils. There were no other major surprises although Britain's Murray was forced to dig deep to see off promising Czech Jiri Vesely and avoid a similar fate.

The Wimbledon champion won 6-7 (7-2) 6-4 6-4 but only after clawing back from the brink of defeat against the 20-year-old Vesely. Murray lost the opening set despite going up an early break but then struggled on serve against the left-handed Vesely, ranked 77th in the world.