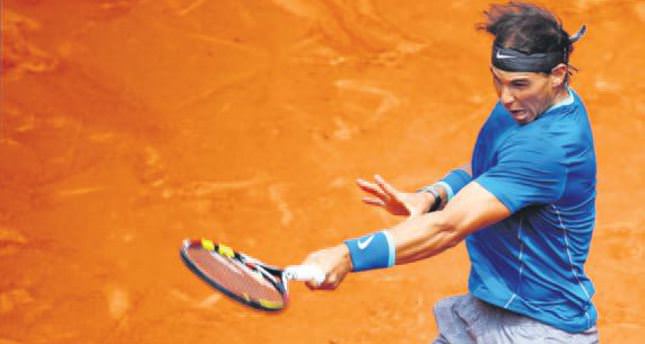 by May 09, 2014 12:00 am
MADRID — Rafael Nadal launched the defence of his Madrid Open title by breezing past Juan Monaco 6-1 6-0 on Wednesday to rediscover his touch on his favoured clay after surprise exits in his last two tournaments. The world number one went out in the quarter-finals at both Monte Carlo and Barcelona last month, but his extra quality shone through in his second-round match against the 56thranked Monaco.

Nadal, seeking a fourth Madrid Open title, stormed into a 2-0 lead and never looked back. Although he was not at his best, the power and accuracy of his shots were too much for the Argentine, with the match ending in 68 minutes. The Spaniard is gearing up for the French Open at Roland Garros, where he has won a record eight titles. In the last nine seasons, he has won at least two European clay court titles ahead of the French grand slam, but he is yet to win in his home continent this year, with his only 2014 victory on the red dust coming in Rio de Janeiro in February.