İlhan: I have nothing to lose against Nadal 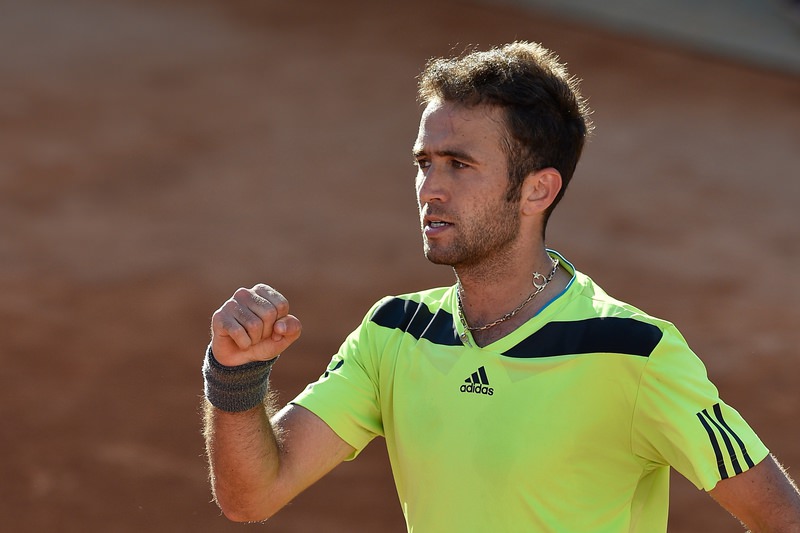 by Daily Sabah May 12, 2015 12:00 am
Turkish tennis player Marsel İlhan will play a historic game against one of tennis's legends, Rafael Nadal, today at the Italian Open in Rome. The world No. 87 prepared for the game in a training match with world No. 2 tennis player Roger Federer. Speaking to Anadolu Agency before the game, İlhan said, "Nadal is the king of clay. I have nothing to lose. I just want to play a good game, that's all." The Italian Open (currently sponsored by BNL and called the Internazionali BNL d'Italia) is an annual tennis tournament held in Rome, Italy. It is the most prestigious red clay tennis tournament in the world after the French Open, with the men's competition being an ATP World Tour Masters 1000 event on the Association of Tennis Professionals (ATP) tour. The event is also known as the Rome Masters and the Italian Championships. Rafael Nadal has won the title a record seven times.

Advancing to the second tour, İlhan said, "I made a good start and have been playing well. I collected 70 points this week. I'm participating in the Italian Open for the first time and want to play in this tournament from now on."Underlining the difficulty of the tournament in Rome, İlhan said, "I have no target for the tournament. I want to play well in every game. I have won three games up to now. It is a really challenging tournament. There are very tough rivals. Everybody expected me to play against Federer in the Istanbul Open. It did not realize but I have Nadal here. That's the interesting side of tennis."

Nadal is known as "King of the Clay" for his extraordinary dominance on clay courts. He has played in the finals nine times in the Italian Open, winning seven of them. İlhan said, "Nadal is in good form now. He is the 'King of the Clay.' I prepared for Nadal by training with Federer."

Rafael Nadal dropped out of the top five in the ATP rankings for the first time in 10 years on Monday after failing to defend his title at the Madrid Masters. On Saturday, Andy Murray's comprehensive 6-3, 6-2 defeat of Spanish ace Rafael Nadal knocked the Spaniard down to seventh on the ATP list, his lowest position in a decade. Nadal, a two-time defending champion in the Spanish capital, lost to Scotland's Murray on clay for the first time in Sunday's final.

The 28-year-old Nadal dropped to seventh in the rankings, meaning he could face the highest-ranked opponents as early as the quarter-finals at Roland Garros. Novak Djokovic is still the top-ranked player, followed by Roger Federer and Murray.
Last Update: May 12, 2015 10:36 pm
RELATED TOPICS