Roger Federer off to good start at French Open 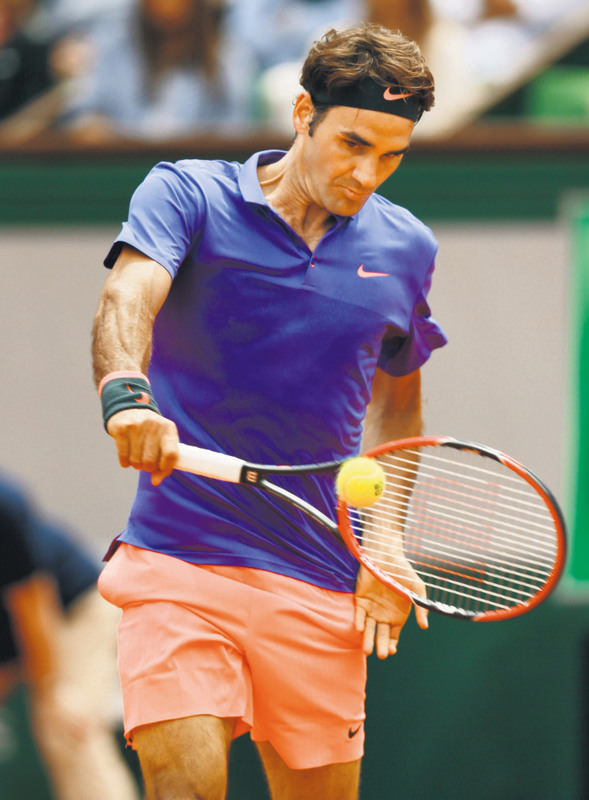 Facing a player who pushed him to five sets at Wimbledon five years ago, the 2009 champion Roger Federer was never threatened this time, extending his unbeaten run against the 111th-ranked Falla to 8-0.

Federer put Falla under pressure in the eighth game of the first set, breaking for a 5-3 lead when the Colombian could not handle a good backhand return. Federer shouted "come on" after earning a set point in his next service game and closed it out when Falla sent a backhand into the net.

Federer's flashy outfit, with pink shorts and a lilac shirt, was almost as eye-catching as some of the shots the former top-ranked player produced. The 17-time Grand Slam winner broke again for a 2-1 lead in the second set following a game in which he left Falla stranded with a perfectly hit defensive lob.

Federer wrapped up the second set with another break in the ninth game. At 4-3 down in the third set, Falla called a trainer to get his right thigh massaged. The Colombian held his next serve but could not prevent Federer from breaking him in the 10th game as the Swiss unleashed a forehand attack that he returned wide.

On the women's side, the third-seeded Halep hit an ace on match point to beat Russian Evegenia Rodina 7-5, 6-4, while ninth-seeded Ekaterina Markova breezed past American wild card Louisa Chirico 6-4, 6-2.

Halep made a big breakthrough at the French Open last year, losing in final to Maria Sharapova after not conceding a set in her previous matches.

Halep, who said she is stronger than last year both physically and mentally, is bidding to become the first Romanian to win a Grand Slam title since Virginia Ruzici at the French Open in 1978.

"I have stronger body and I have improved a lot in my game," she said. "Serve is better, so I feel more confident now with my game."

Up againt Halep in the second round will be veteran Mirjana Lucic-Baroni, who defeated American Lauren Davis 6-3, 3-6, 6-3. Lucic-Baroni, who won her first match at Roland Garros since 2002, upset Halep at the U.S. Open last year.

"I have not good memories from that match," Halep said. "I just was blocked and I couldn't hit the ball."

On paper, the 33-year-old Federer has a relatively easy draw until the fourth round, where he could meet 13th-seeded Gael Monfil before a potential quarterfinal with his Davis Cup teammate Stan Wawrinka, who beat Marsel Ilhan 6-3, 6-2, 6-3.

Federer, who achieved a career Grand Slam by winning the French Open in 2009 after three runner-up finish, has not made it to the final on the Parisian clay since 2011. He lost in the fourth round last year but has been playing excellent tennis recently and has a 26-5 record in 2015. On clay, he lost in final in Rome after claiming an 85th career title in Istanbul.

Among the seeded players to advance to the second round Sunday were also No. 19 Roberto Bautista Agut and No. 22 Philipp Kohlschreiber. The first seeded player to bow out was No. 25 Ivo Karlovic, who lost 7-6 (5), 6-4, 6-4 to Marcos Baghdatis.
RELATED TOPICS