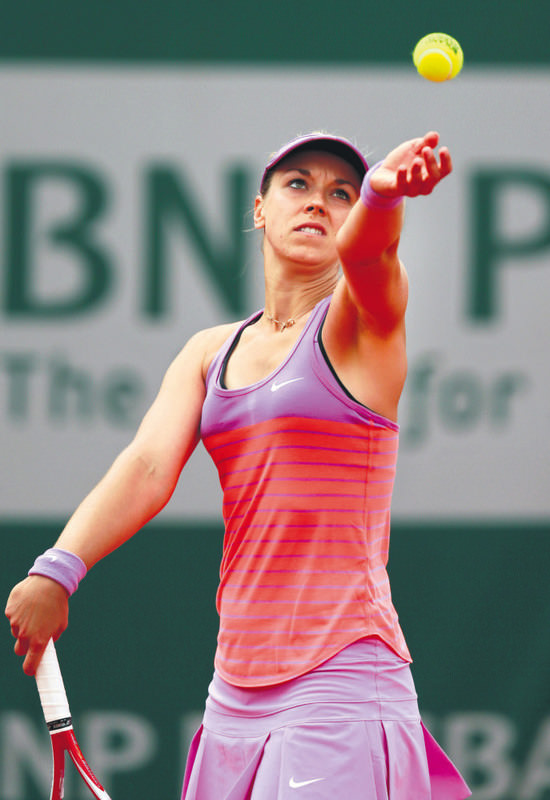 by Jun 18, 2015 12:00 am
Big-serving German Sabine Lisicki blasted 27 aces in her second round Birmingham triumph over Belinda Bencic on Wednesday, a new record for a WTA tournament.

Former Wimbledon finalist Lisicki hit 16 aces in the first set and 11 more in the second set to enter the record books for most aces in one match. "It's nice to have another record," said the 25-year-old German after her 6-1, 7-6 (7/4) win over the Swiss teenager. "It's obviously a good weapon to have on grass. And I love playing on grass." Lisicki, the 2011 Birmingham champion and 2013 Wimbledon runner-up, added: "It's always special to come back to a tournament you've won before, but it's not only that. "All the memories I have playing in England, winning here and doing so well at Wimbledon - it's all so nice."

Lisicki goes on to face Magdalena Rybarikova for a place in the quarter-finals in Birmingham. She later tweeted: "Yeess...with my 27 aces I've got another record. Too bad I missed the 131mph serve by a few inches... #loveserving." The previous record for aces in one match was held by Estonia's Kaia Kanepi, who hit 24 in a match in Tokyo in 2008, and Serena Williams also unleashed 24 aces in one Wimbledon tie in 2012. Lisicki's achievement was saluted by fellow players. "@sabinelisicki Can I please borrow your serve for one match? Haha #crazystat#record#grassweapon," tweeted French star Alize Cornet.
Last Update: Jun 18, 2015 10:45 pm
RELATED TOPICS