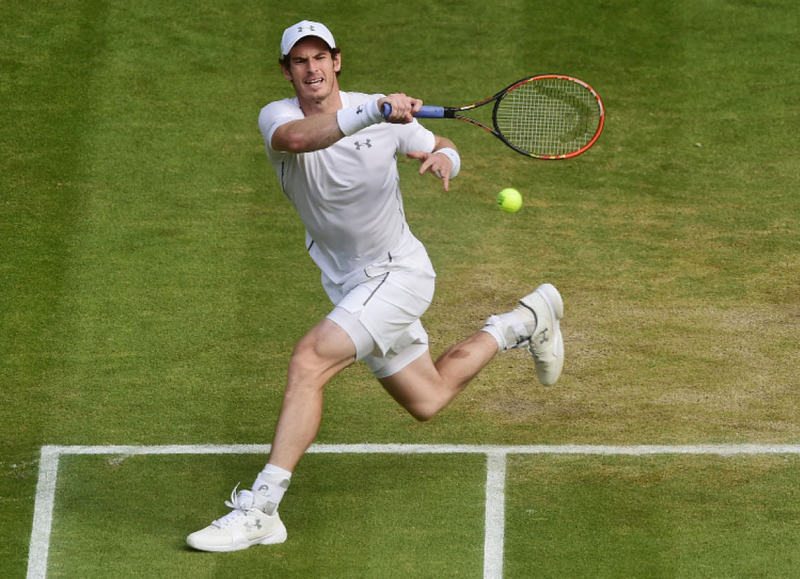 Andy Murray will stand alone on the big stage competing as the sole member of the tennis elite as the Davis Cup quarter-final play starts on Friday.

The third-ranked Scot will be expected to fly the flag for Britain in the tie on grass against France at Queen's club, London, with Britain facing their cross-Channel neighbors for the 21st time.

The club was chosen as its lawns would be back up to standard three weeks after the end of the venue's annual ATP event. Britain is bidding to defeat France for the first time in 37 years - the last time was in 1978 on clay at Roland Garros.

Murray should be ready to shake off his Wimbledon semi-final hammering at the hands of Roger Federer. The Scot has had nearly a week to get his focus back but will need to inspire his elder brother after Jamie Murray lost in the Wimbledon doubles final - also a straight-sets defeat. "Playing the French at home is an exciting match to look forward to and it's a big tie for us. There's going to be a lot of people coming out to support (us)," said Jamie Murray of a side expected to include Jo-Wilfried Tsonga, Gilles Simon and Wimbledon semi-finalist Richard Gasquet.

The other quarter-final ties comprise 28-times champion Australia against Kazakhstan on grass in Darwin, Belgium versus a Canada minus both of its major players (injured Milos Raonic and Vasek Pospisil) in the port city of Ostend and Argentina hosting a Serbian side that is missing world number one Novak Djokovic.

Australia is fielding a fragmented team after the disciplinary suspension of national number one Bernard Tomic from Davis Cup play in a financial dispute between his family and national tennis supremos.

Best mate Nick Kyrgios first said he would not play in sympathy but then relented. But the 20-year-old was stretchered off a practice court in the tropical north complaining of a thigh injury, though Aussie captain Wally Masur says all will come right on the day.

Meanwhile, Lleyton Hewitt will again carry much of the load at age 34 on a team comprising himself, Sam Groth, Kyrgios and Thanassi Kokkinakis.

As the team elder, Hewitt feels the need to guide the younger players. "I'm a bit of a sounding board for any small issues they have at times. The biggest thing for me is that they can feel comfortable coming to me and asking for my opinions and things, you know that's part of being the oldest one in the team," Hewitt said. "I'm part of the playing group and I have to try and look out for the players' best interest and try and look out for them as much as possible as one of the older guys."Australia has not been this far in the worldwide team competition for nine years after rejoining the World Group for the first time since 2006.

With the Canadians badly hit by injuries, Belgium with David Goffin and Steve Darcis should have free reign in the first meeting between the two nations since 1913, with the Belgians losing that last tie more than a century ago.

Djokovic opted out of the trip to South America, letting teammates Viktor Troicki and Janko Tipsarevic do most of the heavy lifting on clay.Argentina won the last meeting between the nations in 2011 and would reach a 10th World Group semi-final since 2002 with another victory.
Last Update: Jul 15, 2015 8:17 pm
RELATED TOPICS