Murray pledges to make every ace count for refugees 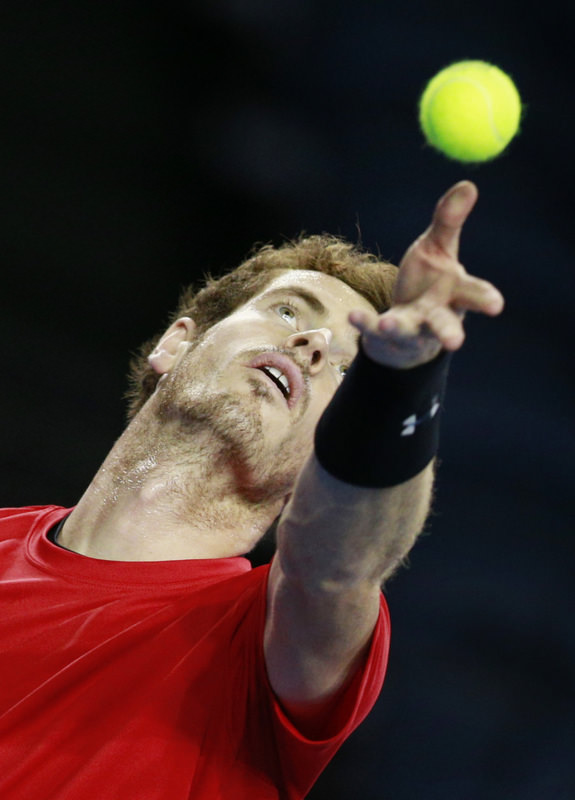 by Sep 19, 2015 12:00 am
Andy Murray (above) has pledged 50 pounds ($77.59) to children's charity UNICEF for every ace he hits for the rest of the year after being moved by television images of refugees fleeing to Europe. His sponsors Standard Life, along with tennis bodies the LTA and ATP, have pledged to match the world number three's donations so that every ace will be worth 200 pounds.

"Having seen the images broadcast on the news in recent weeks I felt I had to do something to help the millions of children and their families who have been forced to flee their homes and had their lives turned upside down," the Scot said in a statement.

"I'll get that little bit more satisfaction from each ace I hit knowing that it will be helping UNICEF keep children safe." Murray is playing for Britain in their Davis Cup semi-final against Australia in Glasgow this weekend, and is due to compete in Shanghai, Paris and the ATP World Tour finals in London in November. The British number one hit 64 aces in his four matches at the U.S. Open earlier this month.