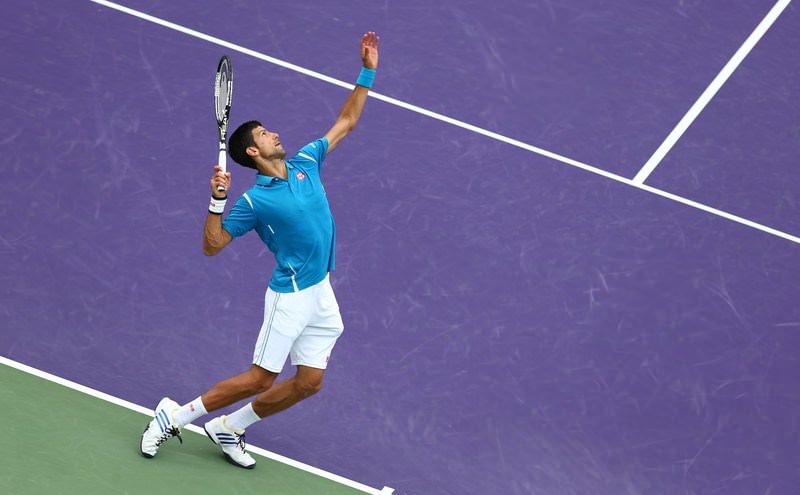 Novak Djokovic of Serbia serves against Kei Nishikori of Japan in the mens final during the Miami Open. (AFP Photo)
by Apr 03, 2016 12:00 am

Top seed Novak Djokovic continued his domination of men's tennis with a 6-3 6-3 victory over Japan's Kei Nishikori in the final of the Miami Open in Florida on Sunday.

Djokovic dropped serve in the first game but it was pretty much one-way traffic after that as he outclassed the sixth seed in all facets of the game on the hardcourt at Key Biscayne.

It is his fourth consecutive championship, and his 28th overall, in the Masters 1000, a series of nine tournaments considered the most prestigious other than the four grand slams.

It is also Djokovic's fourth title of 2016, following victories at the Australian Open, Qatar and Indian Wells.

His only blemish on an otherwise perfect record so far this year came in Dubai in February, when he retired during a quarter-final with an eye infection.