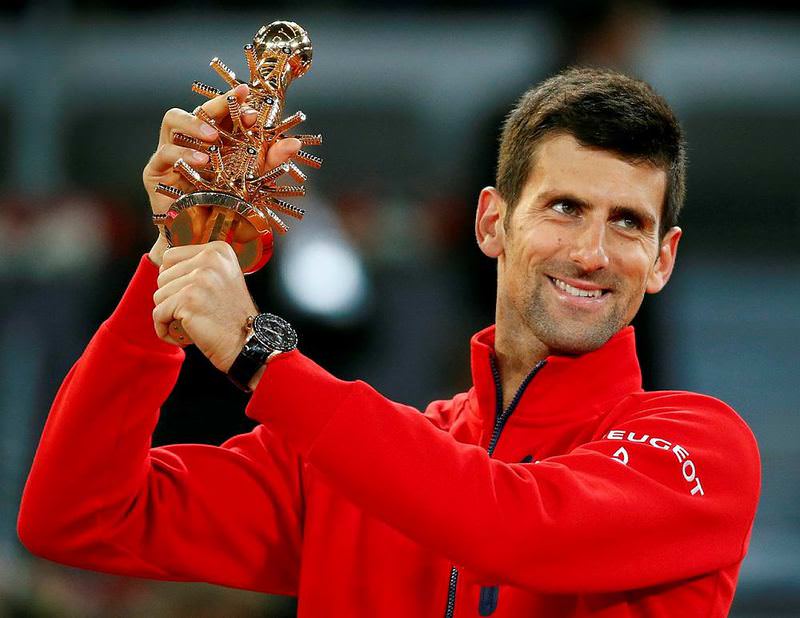 World number one Djokovic took the lead from Rafael Nadal in career Masters 1000 titles with Madrid success signifying a record 29th trophy in the series. The Serb has won four of the last five Masters 1000s and nine of the last 13 ATP Masters 1000 trophies.

Djokovic, winner of his fifth title this season, has never lost to Murray in any of their four clay matches and stands 23-9 in their career series. He previously won Madrid in 2011.

The 13-minute final game was a thriller, as Murray saved seven break points before Djokovic finally scratched out victory on a third match point after just over two hours.

"It was a great match to be a part of," the winner said.

"Congratulations to Andy for a big fight. It was all decided by just a few points at the end. I don't know how I dug my way out, but that's how it happens when you play against one of the best in the world. I'm just happy to have overcome this challenge."

Murray, who won the title in 2015, was disappointed after the roller-coaster loss.

"It wasn't to be today. But Novak showed that he is doing great things," Murray said.

"I've had a lot of success here the last two years. I fought hard today. I'm disappointed. I was making him work hard in the second and third sets. Both of us were pretty clinical on the break points up until the last game - that why he's number one."

Djokovic won the first set in half an hour but felt it as Murray lifted his game in the second set to level.

The third set was tight through to the dramatic finish, with Djokovic admitting that he managed a great escape against an inspired opponent.

"It was such an intense match," he said. "I started well, but had a slow start in the second. Andy also changed his game to take advantage. The third set was very eventful - I just managed to stay tough."

Murray will drop to third in the rankings as Roger Federer takes over the spot. The Scot would have had to win the title to maintain his second position.
Last Update: May 08, 2016 11:27 pm
RELATED TOPICS