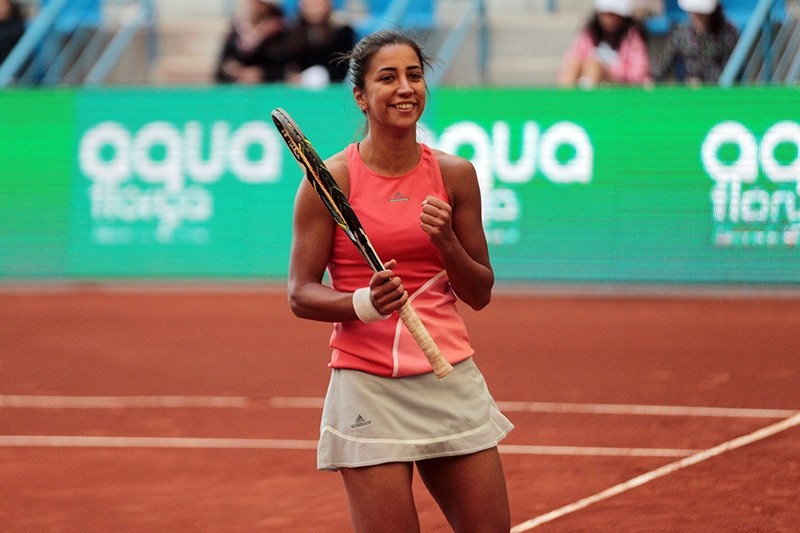 Beating Czech opponent Klara Koukalova in the qualifiers two sets to nil Friday, Büyükakçay will be the first ever female Turkish player to reach the main draw stage.

The 27-year-old Adana native, ranked 85th overall in women's tennis, took on Koukalova in the third round of the French Open qualifying matches.

Büyükakçay defeated Koukalova with scores of 6-1 and 6-3.

The history-making tennis player shared her feelings with Anadolu Agency after the match, saying she was glad to reach the main draw stage.

"This is my first year; we came here with high hopes. I played against very tough players since the beginning," she said.

Büyükakçay became the first ever Women's Tennis Association (WTA) title winner - singles or doubles - in Turkish tennis history and clinched another historic achievement: the first Turkish woman to break into the WTA singles Top 100 setting a new career-high (82) on April 24.