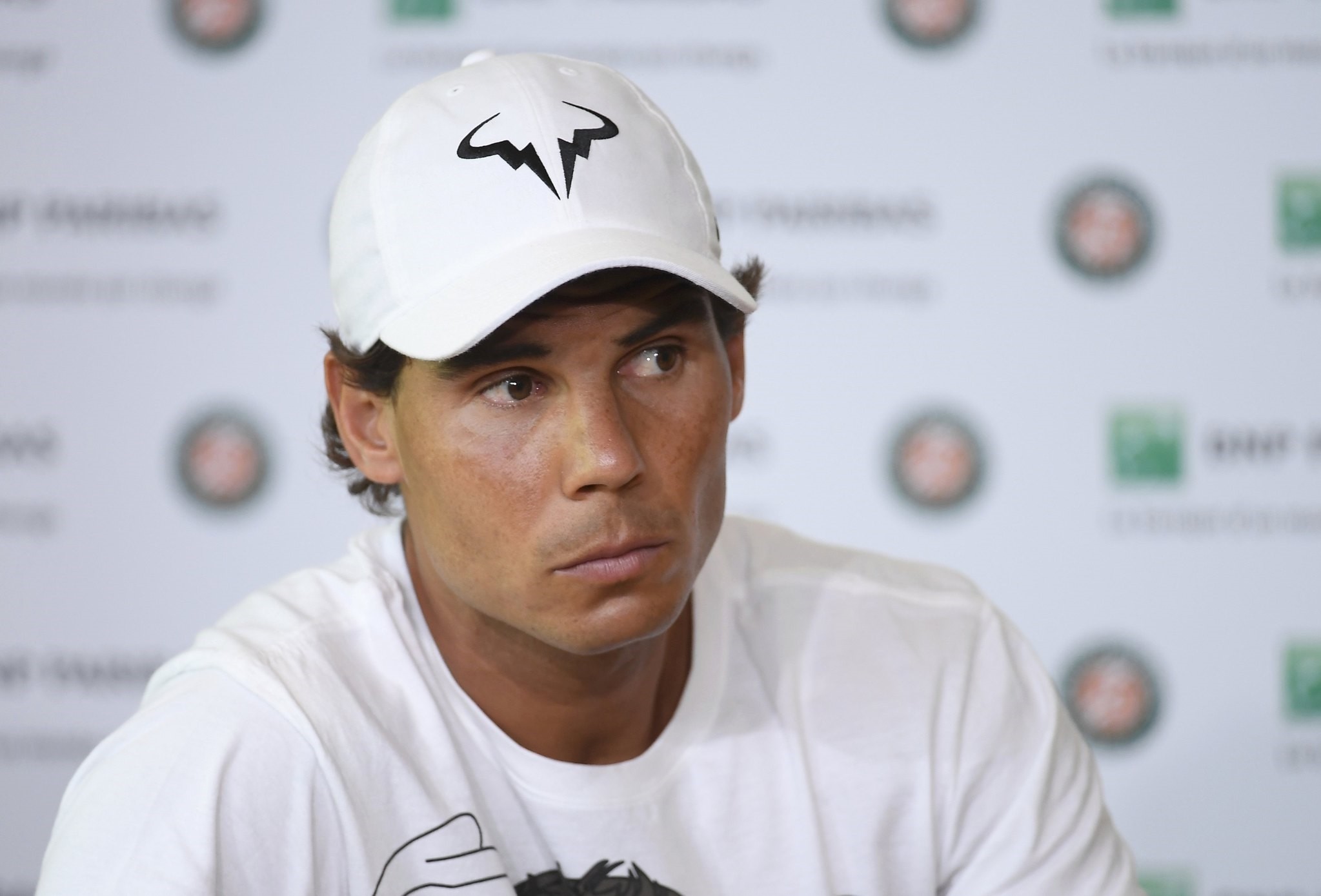 Nine-time French Open champion Rafael Nadal pulled out of the Grand Slam tournament on Friday, citing an injury to his left wrist.

"A very tough moment, because you ... wait for these two weeks for the whole year," said a glum-looking Nadal, who announced his withdrawal the day before his third-round match.

The left-handed Spaniard was wearing a blue brace on his wrist during what he called "one of the toughest press conferences in my career."

Nadal, who owns a total of 14 Grand Slam titles, said he would not even have tried to compete at any other tournament with the injury, "but it's the most important event of the year for me."

He played his second-round match Thursday after getting an injection to numb his wrist. But he said that he began "to feel more and more pain" overnight and could not move his wrist much Friday morning, so went for an MRI exam.

Nadal added that he can no longer practice and wouldn't have been able to finish the tournament.

"I cannot play with my forehand," Nadal said, referring to his best shot, a spin-laden uppercut.

He said there is inflammation in the tendon sheath in his wrist and was told that there is no way he could be given five more painkilling injections — one before each possible match, were he to make it all the way to the final — over the next 10 days.

"He didn't want to make this announcement, but the people around him, his physicians, told him not to play, because the risk was that the tendon could break. It would take forever to come back," tournament director Guy Forget said. "So I think he made the right decision."

Nadal said he does not need surgery "at the moment," but he might if he didn't take time off now. He expects to be ready for Wimbledon, which starts exactly a month from Friday.

Losing Nadal drains the French Open of more star power, following the pre-tournament withdrawal of 17-time major champion Roger Federer because of a bad back.

Nadal has ruled the French Open in a way no other man ever dominated any Grand Slam tournament. He is 72-2 at Roland Garros, winning four consecutive titles from 2005-08 and another five in a row from 2010-14.

Nadal's only losses came in the fourth round against Robin Soderling in 2009, ending a 31-match winning streak in Paris, and in the quarterfinals against Novak Djokovic last year, ending a 39-match run.

Nadal, seeded fourth this year, said he has been dealing with a wrist problem for a couple of weeks and arrived in Paris before the French Open with "a little bit of pain," but that it progressively worsened. He won each of his first two matches in straight sets, including 6-3, 6-0, 6-3 against 99th-ranked Facundo Bagnis of Argentina on Thursday.

That made Nadal's career record in major tournaments 200-30, a winning percentage of .870. He is the eighth man in the sport's history to reach 200 match wins.

"He did not practice this morning, so I figured there was a problem," Forget said, adding that a member of Nadal's entourage called him Friday to say they needed to speak.

"I knew right away," Forget said, "something was not right."