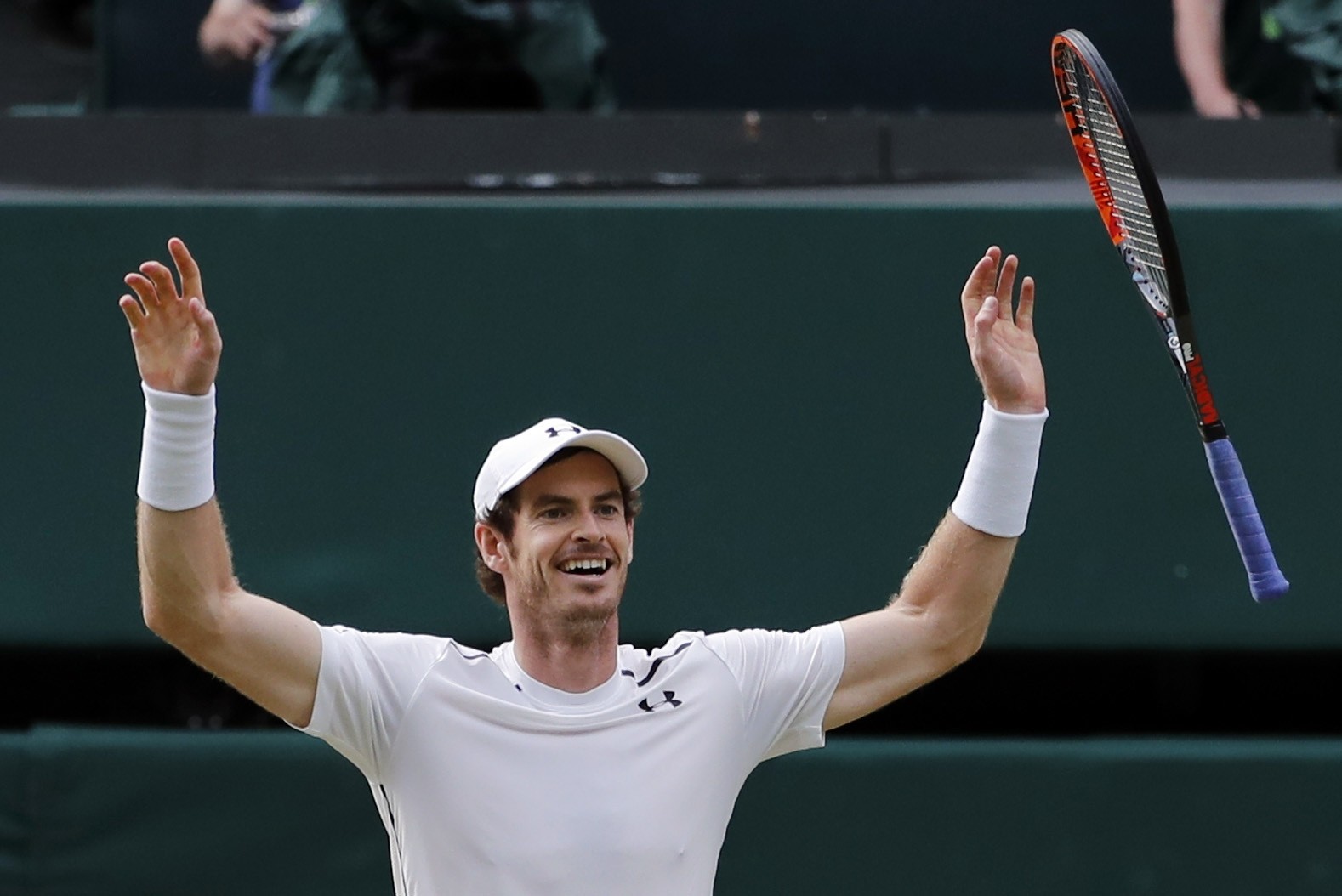 Andy Murray of Britain celebrates after beating Milos Raonic of Canada in the men's singles final on the fourteenth day of the Wimbledon Tennis Championships in London, Sunday, July 10, 2016. (AP Photo)
by Associated Press Jul 10, 2016 12:00 am

Murray broke Raonic's serve only once in the match, while the Canadian had some chances in the third set but failed to convert.

Murray came into the tournament after losing to Novak Djokovic in the finals of both the Australian Open and French Open this year.

Three years ago, Murray became the first British man since 1936 to win the singles title at the All England Club. He also won the U.S. Open in 2012, a few weeks after winning the Olympic gold medal at Wimbledon.

Raonic, who had been trying to become the first player representing Canada to win a major title, reached the final by beating seven-time Wimbledon champion Roger Federer in the semifinals.