Djokovic knocked out of Paris Masters, Murray on way to number one 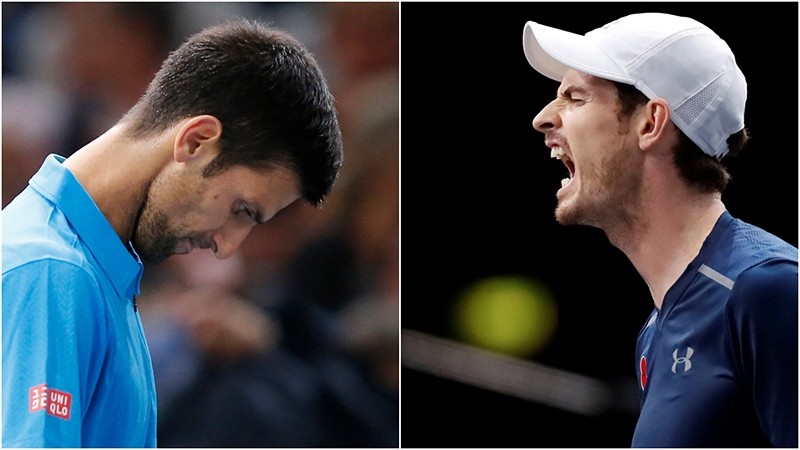 Marin Cilic dumped a struggling Novak Djokovic out of the Paris Masters quarter-finals on Friday to pave the way for Andy Murray to become the new world number one.

Cilic had lost all 14 previous meetings with Djokovic but cast the Serb's 122-week reign at the top of the rankings into serious doubt with a 6-4, 7-6 (7/2) victory.

Murray faces Tomas Berdych for a place in the semi-finals later and is just two wins from supplanting long-time rival Djokovic at the summit.

If the Briton defeats Berdych he would then face Milos Raonic or Jo-Wilfried Tsonga for a chance to claim the number one ranking.