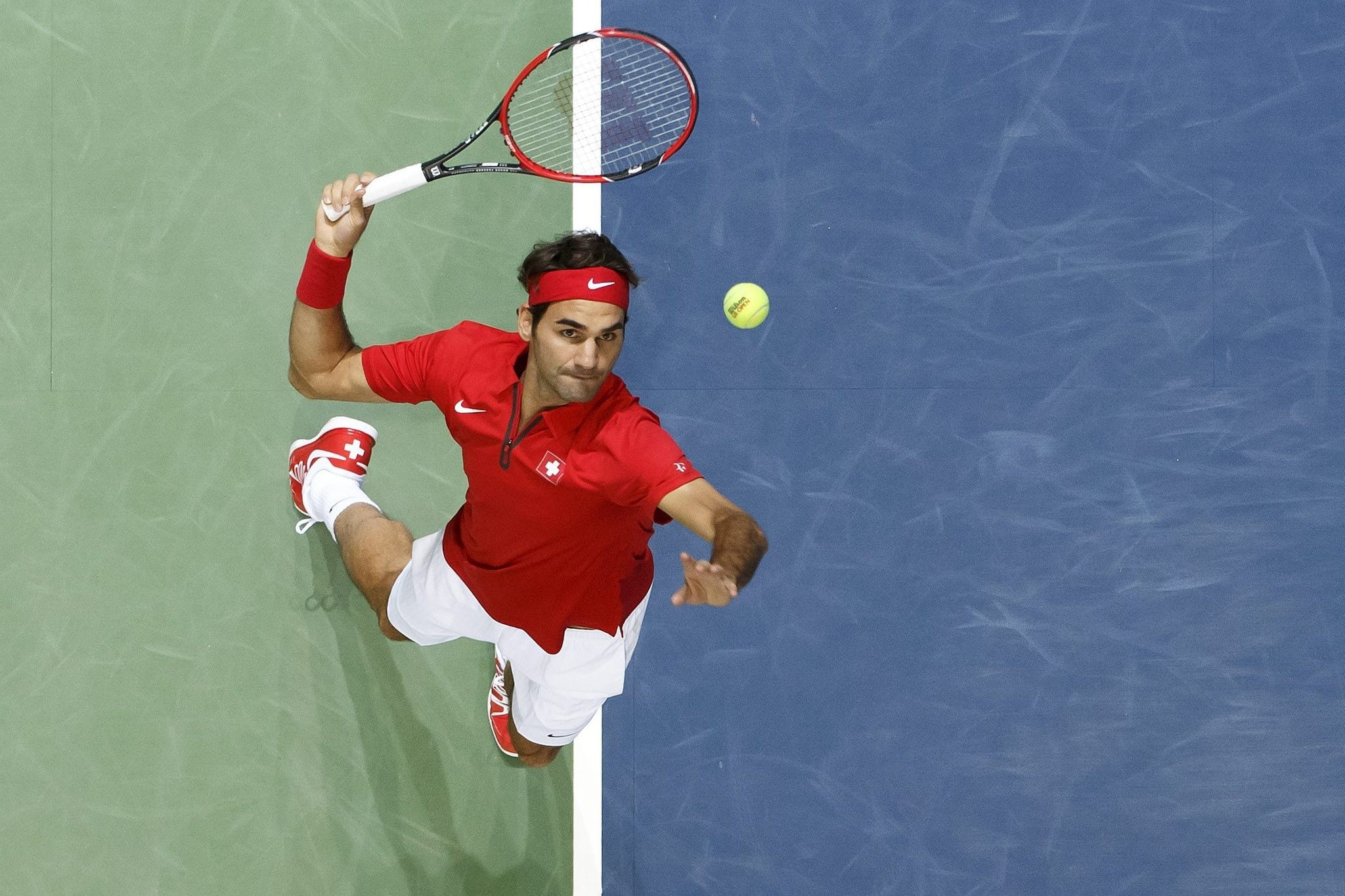 Roger Federer serves a ball to Thiemo De Bakker, of The Netherlands during the third single match of the Davis Cup. (AP Photo)
by May 15, 2017 12:00 am

Roger Federer announced Monday he will skip Roland Garros to better prepare for the grass and hard court seasons.

The 18-time Grand Slam winner has won the French Open, contested on clay, just once in 2009, and also pulled out of the event last year with knee and back injuries.

"I've been working really hard, both on and off the court, during the last month but in order to try and play on the ATP World Tour for many years to come, I feel it's best to skip the clay court season this year and prepare for the grass and hard court seasons," said the 35-year-old currently ranked fourth in the world.

Federer, who owns five U.S. and Australian Open crowns and seven Wimbledon titles, has won the Australian Open, Indian Wells and Miami this season since coming back from a six-month injury lay-off.

He warned in Miami that he would skip some clay court tournaments, including Masters series events in Monte Carlo, Madrid and Rome, while then predicting he might have a two-week warm-up on clay for Roland Garros.

"The start to the year has been magical for me but I need to recognise that scheduling will be the key to my longevity moving forward," the Swiss star said in a statement.

"Thus, my team and I concluded today that playing just one event on clay was not in the best interest of my tennis and physical preparation for the remainder of the season.

"I will miss the French fans, who have always been so supportive and I look forward to seeing them at Roland Garros next year."