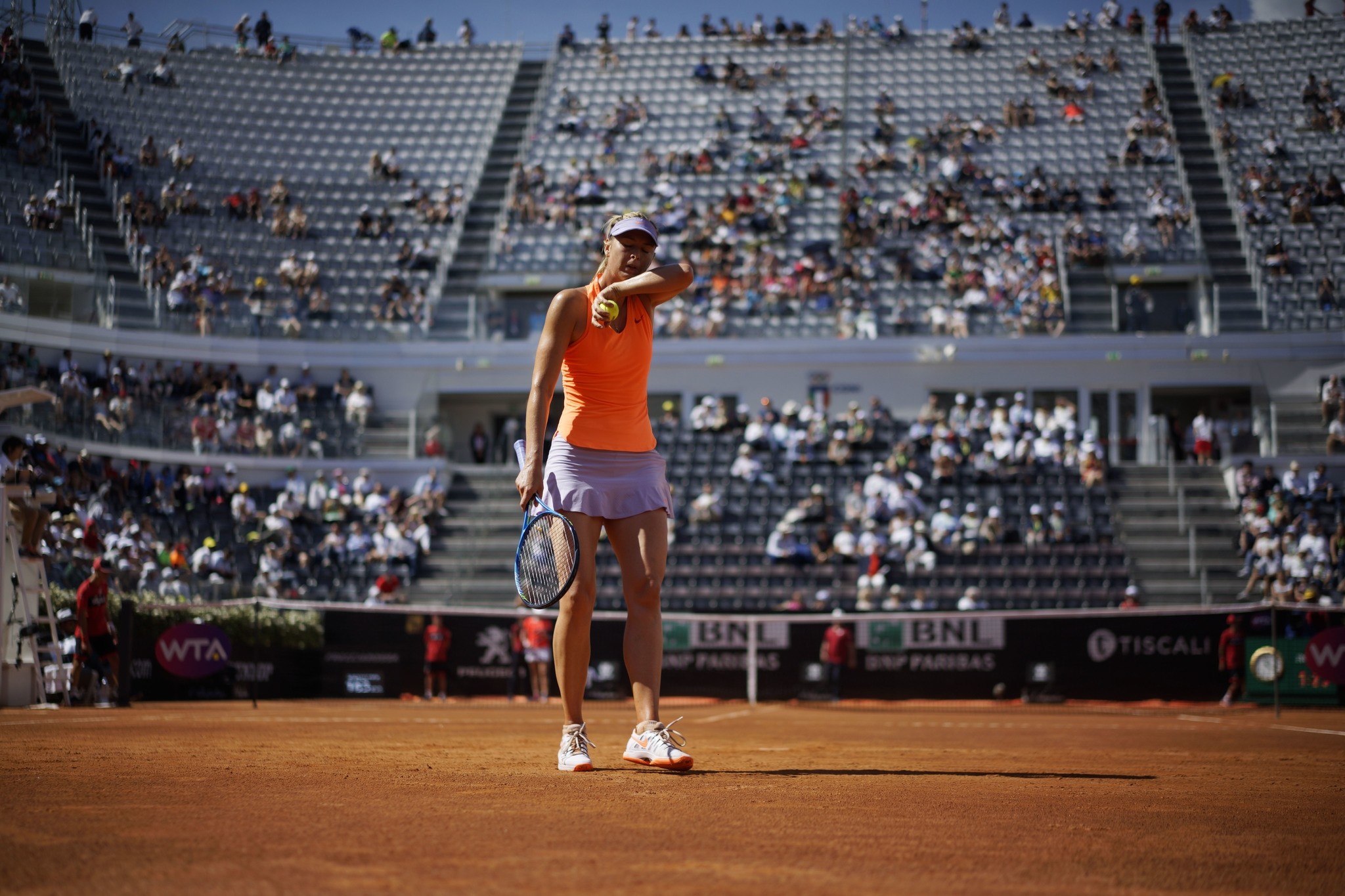 Maria Sharapova of Russia wipes sweat from her face during a tennis match against Christina Mchale of the United States, at the Italian Open tennis tournament, in Rome, Monday, May 15, 2017. (AP Photo)
by Associated Press May 16, 2017 12:00 am

Two-time champion Maria Sharapova has missed out on a wild-card entry for the French Open because of her doping ban.

Announcing the decision on a live Facebook broadcast on Tuesday, French Tennis Federation president Bernard Giudicelli said he told Sharapova in person that it was not possible.

Sharapova returned to tennis only last month following a 15-month ban for doping.

Thanks to wild cards at her first two tournaments, she got her world ranking to outside the top 200 this week. But that wasn't good enough to make the cut even for the qualifying field at Roland Garros, so she will miss the tournament for a second straight year.

The French Open begins on May 28.

She's using another wild card to play in the Italian Open this week.

Sharapova initially was given a two-year suspension after testing positive for heart drug meldonium at last year's Australian Open.

She had her ban reduced by the Court of Arbitration for Sport, which ruled that Sharapova bore "less than significant fault" in the case and that she could not "be considered to be an intentional doper." Sharapova had been taking meldonium for many years, but overlooked an announcement by WADA that it added the drug to its banned list on Jan. 1, 2016.

"The Court of Arbitration reduced her suspension but also recognized that Maria was the sole person responsible for her misfortune," Giudicelli said. "It's not down to me to question that decision and, I repeat, we must respect decisions that were taken."