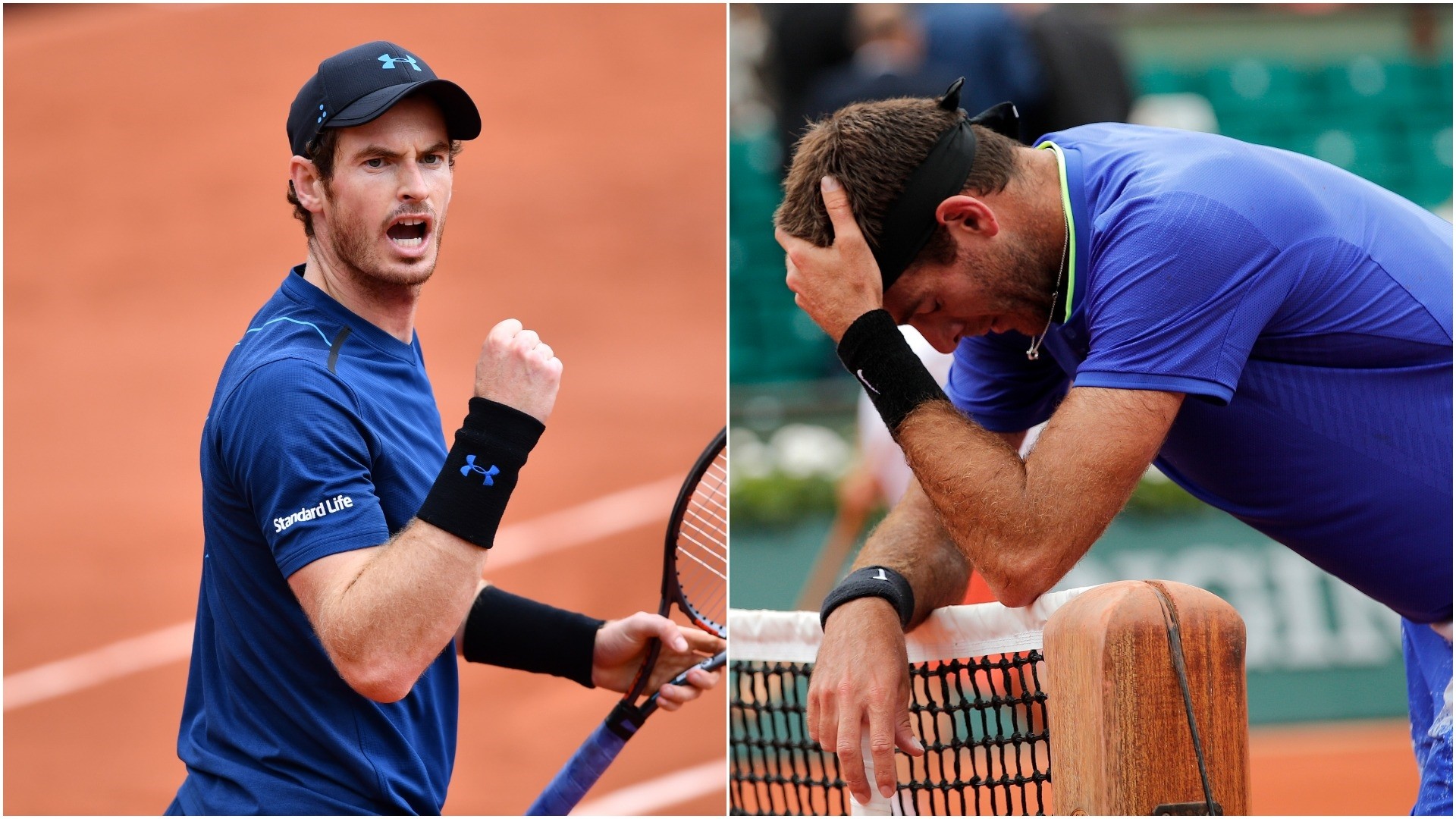 World number one Murray triumphed 7-6 (10/8), 7-5, 6-0 for his seventh win in 10 meetings with Del Potro whose challenge fizzled out after squandering four set points in the 87-minute opener.

Murray, the runner-up to Novak Djokovic in 2016, will next face either John Isner of the United States or Russia's Karen Khachanov.

That match was one of six still to be completed when rain halted play at 1705 local time (1505 GMT).

"I expected a very tough match. Whoever won that first set would have the momentum as it would have been very difficult to come back in these heavy, slow conditions," said Murray.

The 28-year-old slumped over the net and stayed that way during most of the changeover to catch his breath.

Del Potro, playing in Paris for the first time in five years after a series of wrist injuries, was quickly a break down in the second set.

He retrieved it when Murray served for the set in the 10th game before handing the advantage straight back.

Murray seized his lifeline, a fourth ace giving him a two-set lead.

Weary Del Potro, who had already summoned the doctor early in the second set, knew his challenge was over and he managed just 11 points in the third set.

"Andy proved he is a real No. 1," said Del Potro. "He is one of the smartest guys on the circuit."

Former US Open champion Marin Cilic continued his smooth progress seeing off Feliciano Lopez, who was limited by a neck injury, 6-1, 6-3, 6-3.

In the women's event, France have three women in the last 16 for the first time in 23 years.

However, that success is overshadowed by a bitter feud between compatriots Alize Cornet and Caroline Garcia who will clash for a place in the quarter-finals.

Cornet reached the last 16 for just the second time with a 6-2, 6-1 win over Polish ninth seed Agnieszka Radwanska who lost all her seven service games.

Those wins guaranteed the home nation will have at least one quarter-finalist in Paris for the first time since Marion Bartoli in 2011.

However, Cornet admitted that her relationship with Garcia has virtually broken down.

"I think that the relationship is not very good," said 27-year-old Cornet. "I think she may have a grudge against us."

Garcia fell out with her teammates earlier this year after she pulled out of a Fed Cup tie.

Romanian third seed and 2014 runner-up Simona Halep sealed her place in the fourth round with a 6-0, 7-5 win over Russia's Daria Kasatkina.

Halep, 25, will face Spain's Carla Suarez Navarro for a place in the quarter-finals.

Suarez Navarro, the 21st seed and a two-time quarter-finalist, made the fourth round for the fifth time.

She eased past Russian 14th seed Elena Vesnina 6-4, 6-4 in a match which featured a 17-minute service game, punctuated by 11 deuces, for the Russian in the second set.