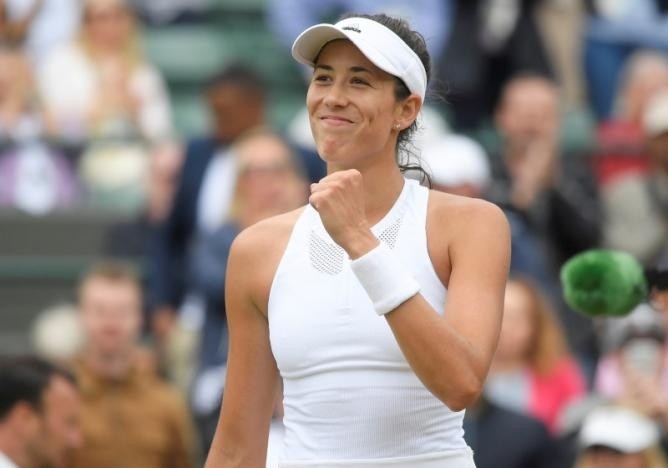 Garbine Muguruza (above) stormed into her second Wimbledon final in three years with a 6-1, 6-1 demolition of nerve-ridden Magdalena Rybarikova in just 64 minutes on Centre Court Thursday.

Muguruza, seeded 14th, took advantage of a woeful performance from the Slovak world number 87 to secure her third Grand Slam final appearance. The 23-year-old, beaten by Serena Williams in the 2015 Wimbledon final, will take on Britain's Johanna Konta or five-time champion Venus Williams in tomorrow's title match."I played very well for sure. Today I stepped on court super confident and everything went well," Muguruza said. "Once you are in these situations before you know how to handle them better. Definitely that helped me. I'm playing well. I want to keep it up for my last match and hopefully it goes well. I'm going to enjoy it. Being in a Grand Slam final is a great achievement."Since winning her maiden Grand Slam title at the French Open last year, Muguruza had endured something of a sophomore slump as her ranking dropped out of the top 10.

But she has rediscovered her mojo on grass, dropping the fewest games of any player in this year's tournament after burying Rybarikova with 22 winners compared to eight from the Slovak.

Muguruza is guaranteed to regain her top 10 ranking next week and would climb into the top five if she wins Wimbledon.

She is the first Spanish woman to reach more than one Wimbledon final since Arantxa Sanchez Vicario in the 1990s. Rybarikova, the lowest ranked Wimbledon semi-finalist for nine years, was making her first Grand Slam last four appearance at the 36th attempt.