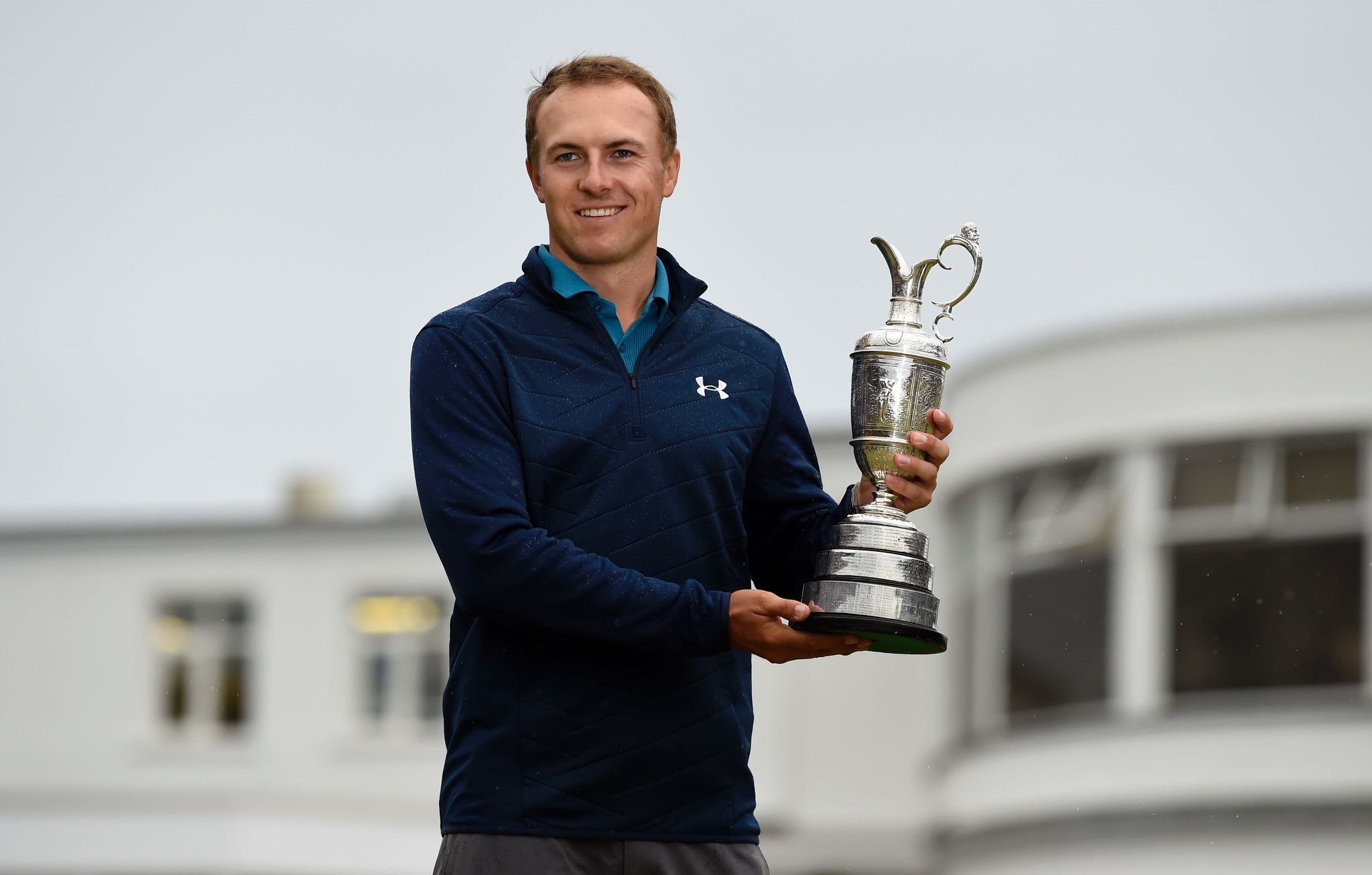 Spieth poses for pictures with the Claret Jug, the trophy for the Champion golfer of the year after winning the 2017 British Open Golf Championship. (AFP Photo)
by Jul 23, 2017 12:00 am

The 23-year-old collapsed on the front nine and lost the lead to Kuchar after 13 holes but the last five holes were magical as he found three birdies and an eagle to finish on 12-under-par.

It was his third Major victory and Spieth is the second-youngest man - behind Jack Nicklaus - to win three of the four Major tournaments, the others being the US Masters, US Open and US PGA Championship.

"This is a dream come true for me, absolutely," Spieth said.

"I was able to drink some wine out of (the Claret Jug) when Zach Johnson won it a couple of years ago, and I was told that was bad luck - it was looking like that for a while there.

"Thanks too to my caddie Michael (Greller) for keeping me in it today after not an ideal start. This trophy is as much mine as it is his, as I was getting down on myself bit for a while there."

Kuchar's 1-under-par 69 gave him second place on 9-under-par, three better than China's Li Haotong, who was third on 6-under-par after a brilliant 63.

Beginning the day 11-under-par and three shots clear of Kuchar, Spieth looked a nervous wreck as he bogeyed three of his first four holes.

Suddenly, minds drifted back to the 2016 Masters, when Spieth led by five shots going into the back nine on the final day only to lose it.

Kuchar missed a host of chances to close the gap but eventually birdied the ninth and when Spieth bogeyed, they were level on 8-under-par.

Spieth then made a complete mess of his drive at the par-four 13th but though his five dropped him one behind Kuchar, a man chasing his first Major win, it was a superb bogey that got him going again.

And when he needed it most, Spieth showed his champion quality with a stunning run of form to wrest the trophy from his countryman.

First he birdied the 14th after a stunning approach, then he holed a brilliant eagle putt at 15 and he followed it with birdies at 16 and 17 before finishing off with a par.

Behind them, Li finished third on his Open debut, birdieing the last four holes to complete what he described as "the best round in my life so far".

"It feels incredible," Li told Sky Sports. "From the eighth hole I holed a lot of putts and had some tough up and downs out there."

"I was quite nervous on that four-foot putt (at the 18th) but after I made the putt, I thought, oh, amazing day."

"It was tough conditions," McIlroy said. "I thought 67 was a good score.

"I thought if I could get to seven under I'd have a good chance. It was definitely a week of what might have been, but it's a step in the right direction."

Englishman Matthew Southgate, who overcame testicular cancer in 2015, finished on 4-under-par after a 65, alongside Matthew Leishman of Australia, who shot a 65 of his own.

Branden Grace, who hit a Majors best 62 on Saturday, was alongside Alex Noren of Sweden and US Open champion Brooks Koepka, also on 4-under-par.

Local boy Tommy Fleetwood finished the tournament on 1-over-par while Alfie Plant won the silver medal for leading amateur after finishing on 6-over-par with a closing 73.