Nadal set for world No. 1 as Federer withdraws from Cincinnati 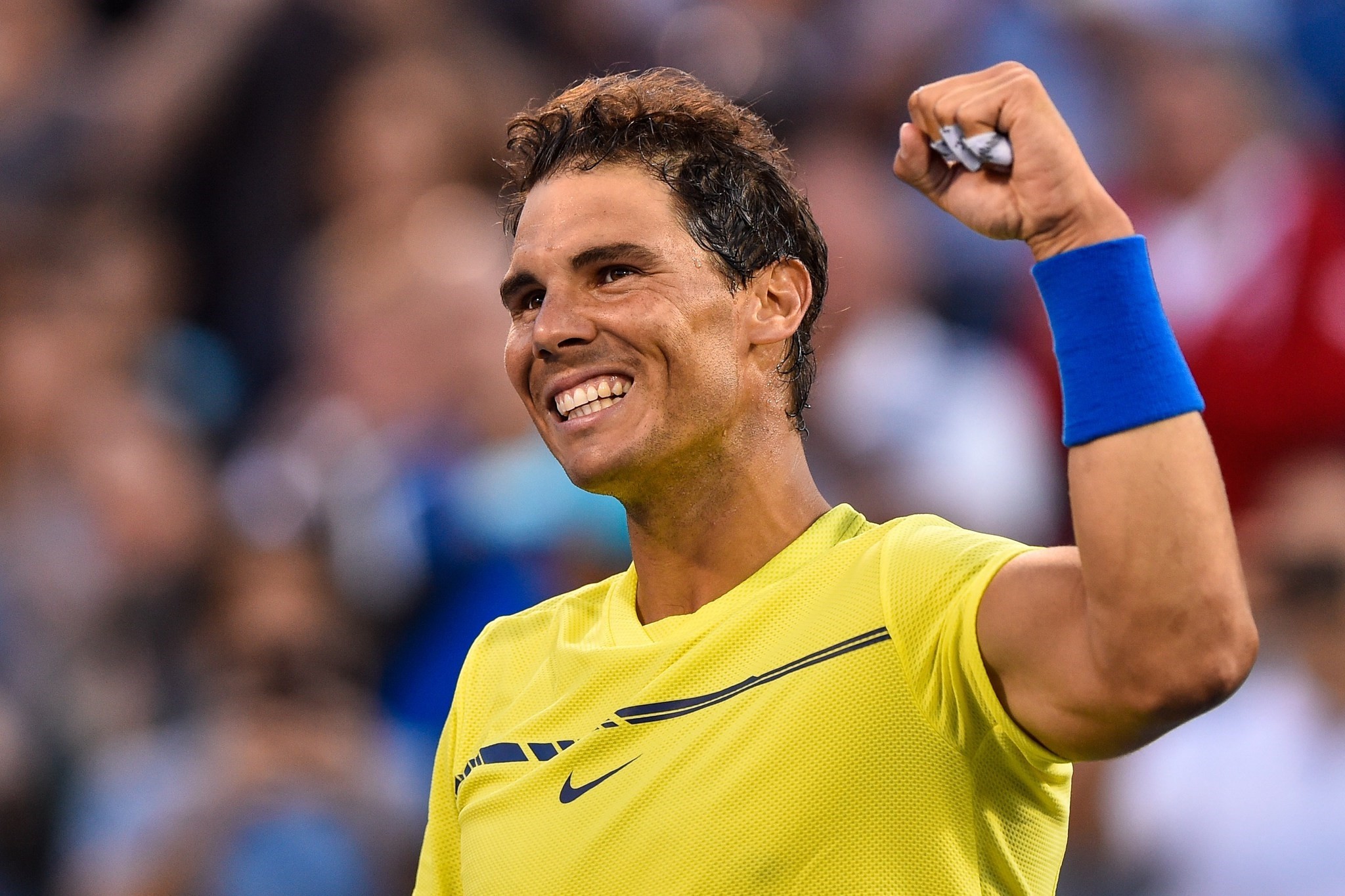 Rafael Nadal of Spain celebrates his victory over Borna Coric of Croatia on August 9, 2017 in Montreal, Canada. (AFP Photo)
by Compiled from Wire Services Aug 14, 2017 12:00 am

Rafael Nadal was assured a return to world number one for the first time since July of 2014 on Monday when 19-time Grand Slam champion Roger Federer withdrew from this week's ATP Cincinnati Masters tournament.

Federer said he injured his back in Montreal, where he lost in the final to Germany's Alexander Zverev.

He was the only player who could have denied Nadal the top spot in next Monday's rankings.

Federer, who has participated in the Ohio warm-up tournament for the U.S. Open on seven occasions, said he had picked up the injury in Montreal, where he lost to Germany's Alexander Zverev in the final.

"I am very sorry to pull out of the Western and Southern Open as I always enjoy playing here," Federer said in a statement issued by the tournament.

"Cincinnati has some of the best fans in the world and I am sorry I will miss them. Unfortunately, I tweaked my back in Montreal and I need to rest this week."

Federer's withdrawal assures that Nadal will be top of the rankings when they are issued on Aug. 21. The Spaniard will return to the top spot for the first time since July 6, 2014.