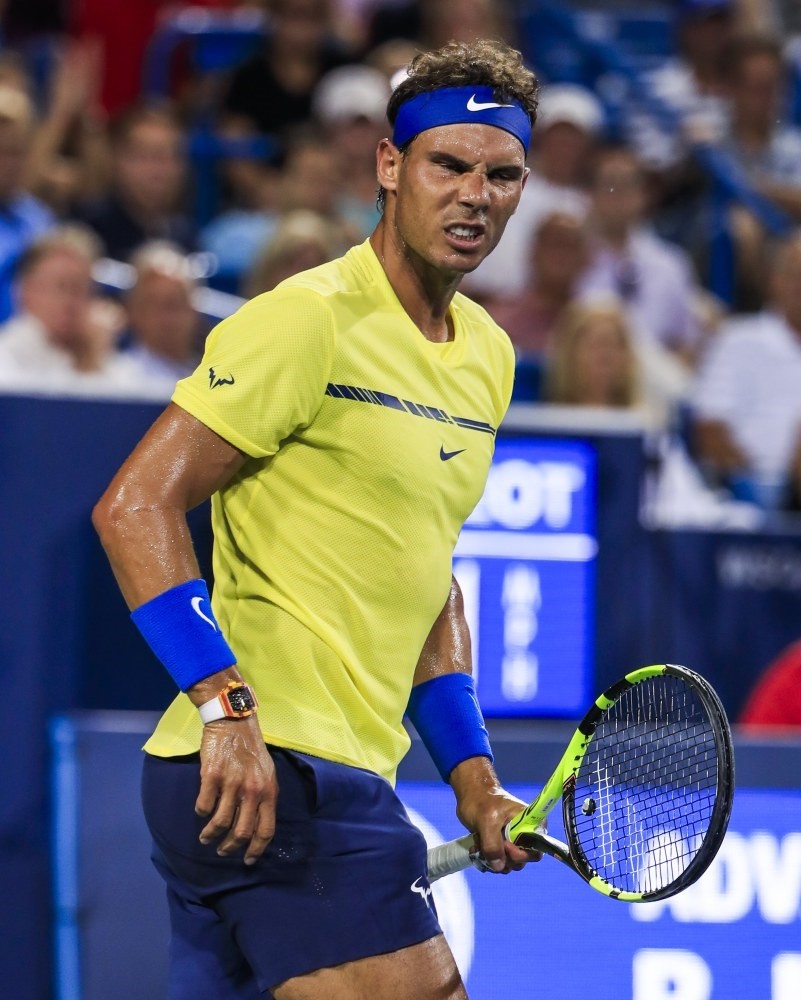 Rafael Nadal and Karolina Pliskova - the No. 1 seeds in the Western & Southern Open - advanced with straight-set wins Wednesday, while the rest of their brackets suffered more top losses. Nadal sat out an hour-long rain delay and beat Richard Gasquet 6-3, 6-4 on Wednesday night, finishing it off with two of his eight aces. Pliskova needed only 67 minutes to get a 6-2, 6-3 win over Natalia Vikhlyantseva, a solid showing as the defending champion. She'd never faced the Russian and wasn't sure what to expect.

The rest of the hot, muggy day was highlighted by upsets. Venus Williams' resurgent summer hit a bump when she was knocked out by a qualifier. Ashleigh Barty rallied for a 6-3, 2-6, 6-2 upset on a humid afternoon that played to her advantage. Barty, ranked No. 48 on the ATP tour, had never beaten a Top 10 player - going 0-6 - before knocking off the ninth-ranked Williams. Williams is enjoying a comeback season, reaching the finals at the Australian Open and Wimbledon at age 37. She faded in the heat and humidity on Wednesday against a player who is 3-13 career against Top 20 players.

"I'm going to take a break," Williams said. "Just have a rest and just go big. That's my plan."

No. 3 Angelique Kerber lost to Ekaterina Makarova 6-4, 1-6, 7-6 (11), with the Russian converting on her eighth match point to end a 2-hour, 39-minute match. Makarova also upset Kerber at Roland Garros this season. The men's bracket is without Roger Federer, Andy Murray, Novak Djokovic and defending champion Marin Cilic because of injuries. The women's bracket is missing Serena Williams, Victoria Azarenka and Maria Sharapova.