Queen of the courts Serena Williams now has a newborn princess 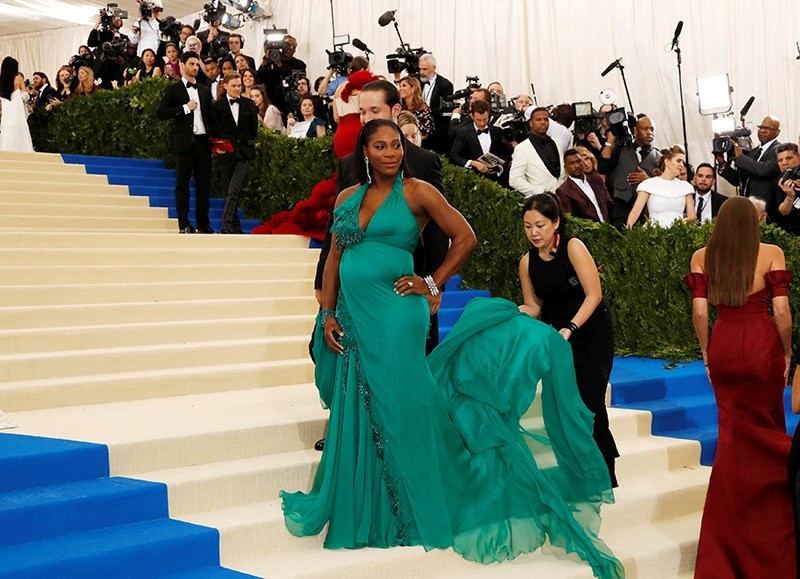 Tennis superstar Serena Williams gave birth to a baby girl on Friday, U.S. media reported, prompting an outpouring of delight from fellow professionals, celebrities and fans of the sporting icon.

The 35-year-old American, who is engaged to Reddit co-founder Alexis Ohanian, has not competed since winning the Australian Open in January but has posted several videos to social media showing her hitting balls during her pregnancy.

Williams has given birth to a baby girl, the first child for the former world number one tennis player, her coach Patrick Mouratoglou said on Twitter on Friday.

"Congratulations @SerenaWilliams for your baby girl. I am so happy for you and I feel your emotion," Mouratoglou wrote.

Williams, who will turn 36 later this month, was admitted to the St Mary's Medical Center in West Palm Beach, Florida on Wednesday before going into labor overnight.

Elder sister Venus Williams described herself as "super excited" after being informed of the reports concerning the baby as she walked on to the court for her third-round match at the US Open in New York.

However she declined to take questions on the subject in her post-match press conference.

Earlier, a producer with the Florida-based WPBF television station cited hospital sources as saying Williams' daughter weighed in at six pounds and 13 ounces (3.09 kilograms). Celebrity magazine US Weekly cited an unnamed source close to the tennis star confirming the birth.

Williams and Ohanian have yet to officially confirm the birth, but the reports she had quickly became the talk of the tournament, which Williams has won six times.

"A baby girl? Well, I hope she doesn't play tennis," world number three Garbine Muguruza said with a smile during a news conference.

"Congrats Serena!!! So much joy for you!!!" Spanish star Rafael Nadal wrote on Twitter.

Pop diva Beyonce took to Instagram to send her message, posting a portrait of a pregnant Williams in a flowing white gown with the message: "Congratulations Serena!"

U.S. tennis legend Chris Evert meanwhile chimed: "I'm so thrilled for her. And what a role model she's going to be for her daughter."

Fellow American Sloane Stephens said she expected to see a lot of the newborn.

"I am very happy for her," she said. "I cannot wait to see the little baby girl on tour because I am sure she will be around."

Williams confirmed her pregnancy in April hours after triggering frenzied speculation when she accidentally posted a short-lived selfie on social media with the caption: "20 weeks."

Williams, the world's highest-paid female athlete, was about two months pregnant when she captured her 23rd grand slam singles title at the Australian Open, one short of the all-time record held by Australian Margaret Court.

She told Vogue magazine last month about her "outrageous plan" to defend her title in Australia, where the year's first grand slam will be played from Jan. 15-28.

Other women have left the tour to have children and returned at a high level, although none has done so at Williams' age.

Kim Clijsters of Belgium retired and had a child before coming back at age 26 and winning three grand slam titles.