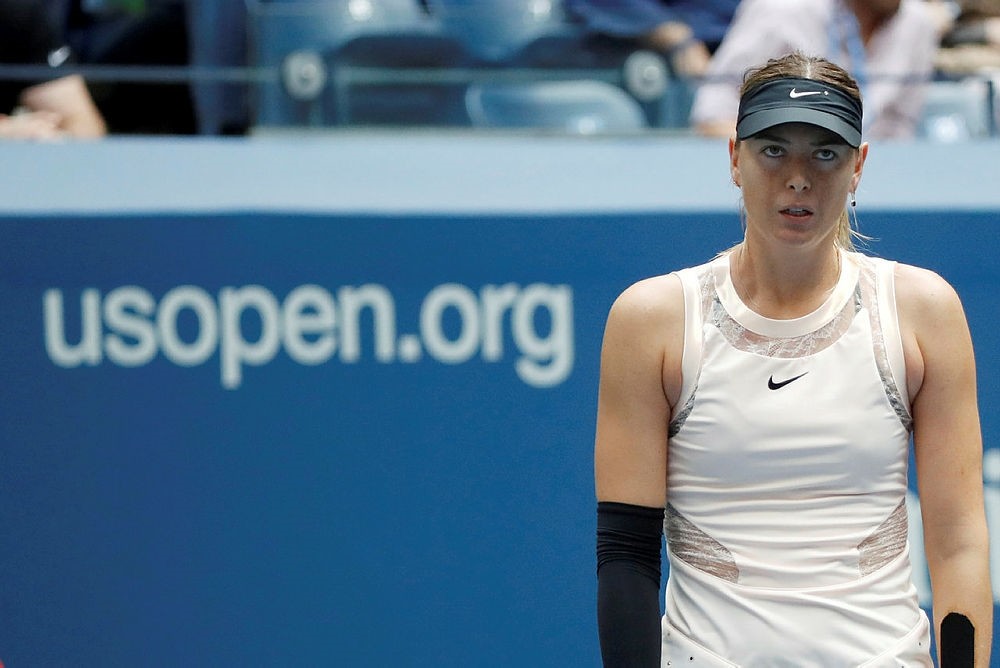 Maria Sharapova's contentious and captivating U.S. Open run came to an end on Sunday when Latvia's Anastasija Sevastova beat her 5-7 6-4 6-2 to reach the Flushing Meadows quarter-finals.

Playing her first grand slam since returning from a 15-month doping ban, Sharapova grabbed the spotlight with an opening-round upset of second seed Simona Halep and commanded center stage right until the end, walking off Arthur Ashe Stadium court with a demure wave to the capacity crowd.

After being denied direct entry into the French Open and Wimbledon, Sharapova was granted a wildcard for the U.S. Open, adding fuel to the debate about rewarding players returning from doping bans that escalated when all the Russian's matches were scheduled for Arthur Ashe Stadium.

The former world number one, however, refused to be distracted from focusing on the job at hand but could not find a route past the 16th-seeded Sevastova.

The match offered up an intriguing contrast of styles, the crafty Latvian against Sharapova's brute power and attacking instincts.

Sharapova had not produced extended stretches of brilliant tennis but her reputation as one of the tennis's great battlers remained constant.

There were few break chances in the opening set but Sharapova was able to convert the two presented to her to take a one-set lead, clinching it with a thundering ace that a flat-footed Sevastova could only watch.

It was the first set surrendered by Sevastova but the feisty 27-year-old was unfazed, hitting back with an early break in the second and fighting off three break chances from Sharapova to level the contest.

Sevastova was gifted a break to open the third when Sharapova double-faulted and the rattled Russian was broken again as the Latvian charged to 3-0 lead.

Sharapova, ever the fighter, broke back and held to cut the deficit to 3-2, putting the pressure back on her opponent.

Sevastova blunted the Russian's fightback with a hold for 4-2 followed by another big break and then served out the contest.