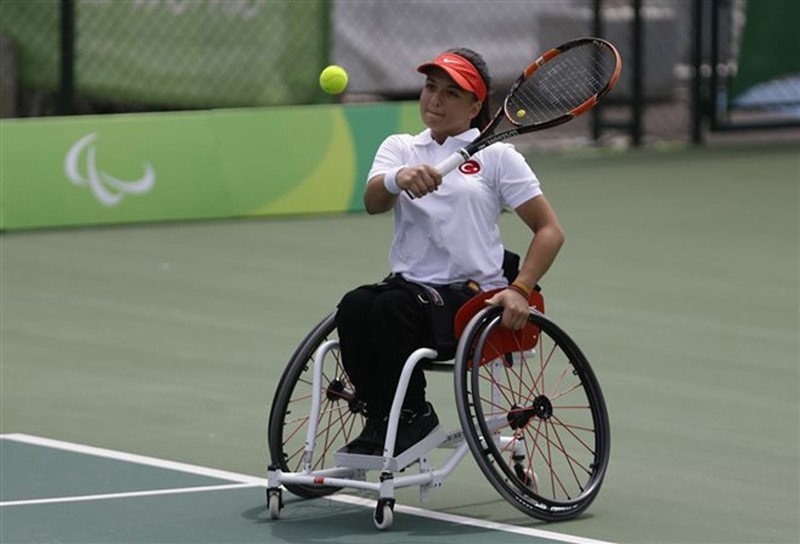 The 23-year-old Büşra Ün became the first Turkish athlete to participate in Paralympic games in wheelchair tennis, after qualifying for the 2016 Rio Olympics last year.

Born in 1994 in Turkey's Izmir, Büşra was physically disabled from six months old. Büşra started to play tennis in 2009 when she was 15. She achieved many wins in local tournaments and later took first place in the Balkan Championship in Bulgaria.
Last Update: Oct 28, 2017 1:11 am
RELATED TOPICS