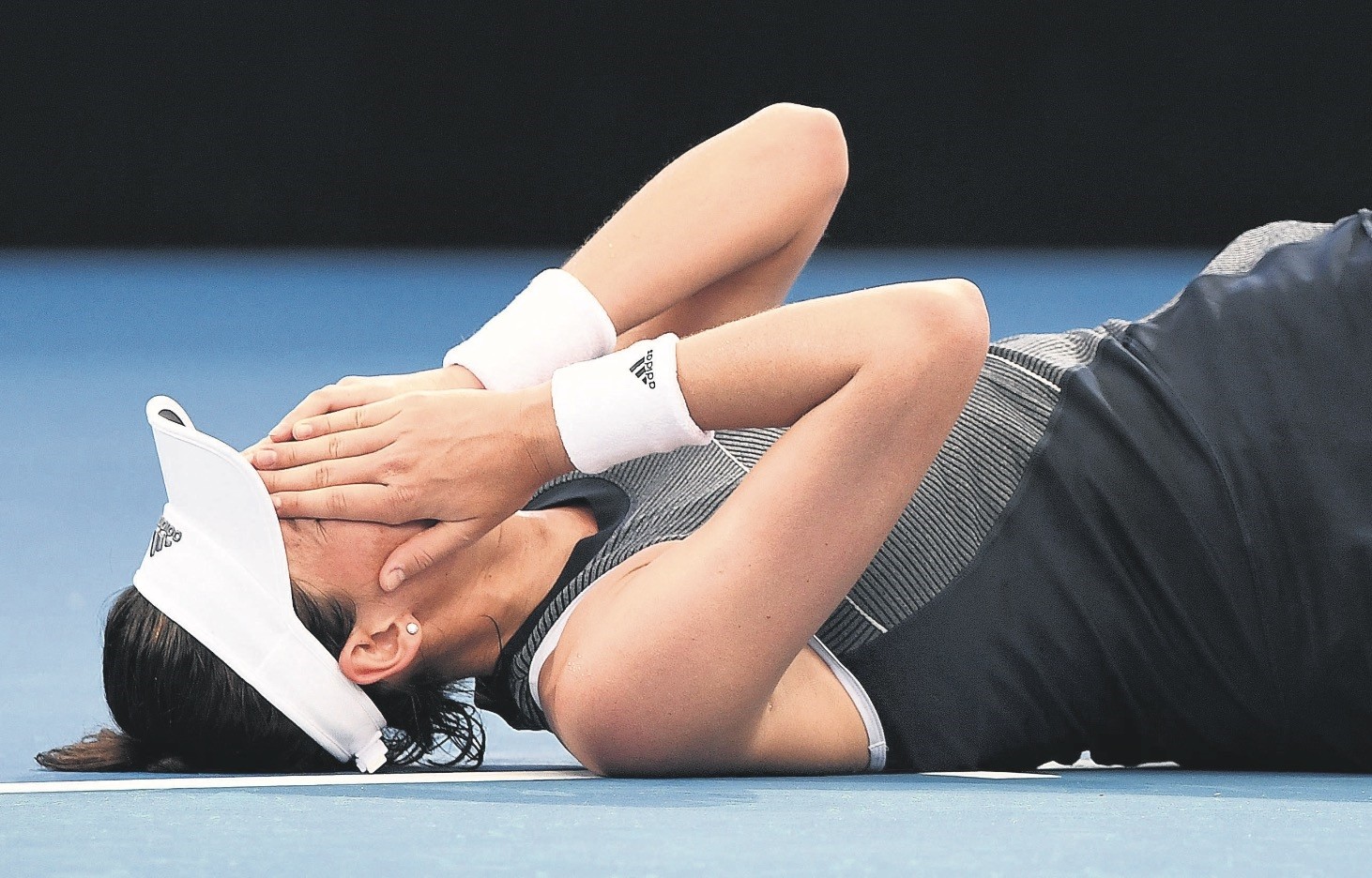 Muguruza fell to the ground behind the baseline and had treatment on her legs before retiring from her opening match against Aleksandra Krunic while leading in the third set.
by Associated Press Jan 03, 2018 12:00 am

Andy Murray's long-term hip injury has forced him out of the Brisbane International, cast serious doubts over his participation in the Australian Open and has him contemplating surgery. Former No. 1-ranked Murray pulled out of the Brisbane event after failing to practice yesterday, two days ahead of his scheduled return to competitive tennis for the first time since July.

His withdrawal was confirmed hours after Garbine Muguruza, the Wimbledon champion and women's top seed, retired from her opening match because of leg cramps. Muguruza fell to the court behind the baseline and had treatment on her legs before retiring from her opening match against Aleksandra Krunic while leading in the third set. Krunic rallied from 5-2 down in the second set, forcing the third in a tiebreaker, and earned a spot in the quarterfinals with a a 5-7, 7-6 (3), 1-2 retired result after almost 2 ½ hours in humid conditions on Pat Rafter Arena. "I don't really cramp a lot, so I'm actually surprised that today my body was like that," Muguruza said, adding that her calf muscles started to cramp early in the second set.

"It's a shame because I always come here excited about the first tournament, and this one was bad luck, I guess." Alize Cornet reached the quarterfinals with a 6-1, 7-5 win over Mirjana Lucic-Baroni. The Brisbane International had been Muguruza's only scheduled tuneup event before the first major of the season gets under way in Melbourne on Jan. 15. The 30-year-old Murray is also undecided, planning to stay in Brisbane for a few days before deciding whether or not to contest the Australian Open or fly home.