Former world no. 1 Andy Murray pulls out of Australian Open with hip injury 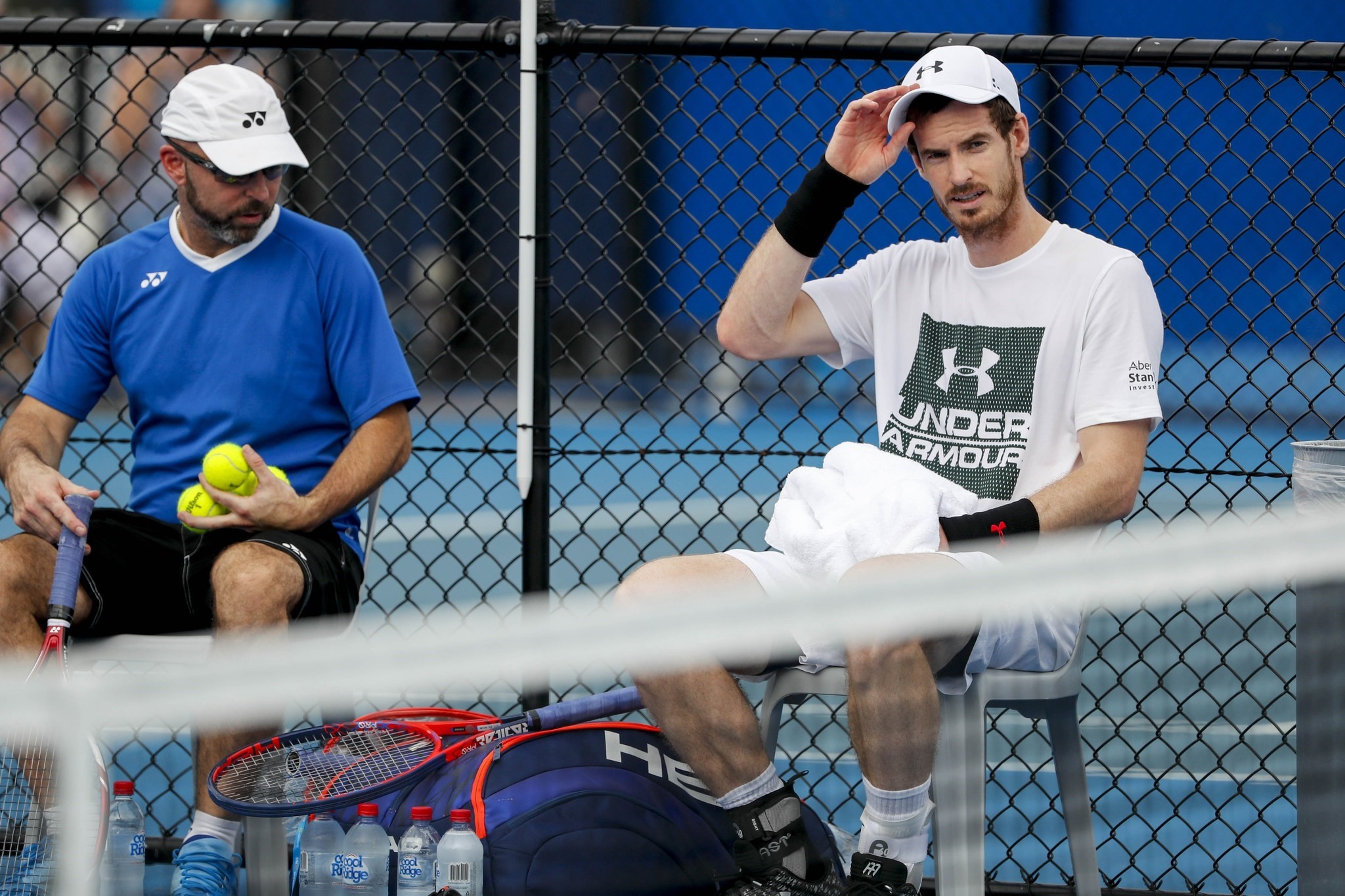 Britain's Andy Murray takes a break during a practice session with Milos Raonic of Canada at the Brisbane International Tennis Tournament in Brisbane, January 1, 2018. (EPA Photo)
by Compiled from Wire Services Jan 04, 2018 12:00 am

Former world number one Andy Murray has pulled out of the Australian Open after failing to recover from a hip injury, tournament organizers said on Thursday.

The three-time grand slam winner has not played a competitive match since a Wimbledon quarter-final loss last July and despite coming through a one-set exhibition in Abu Dhabi last week, the Briton has decided to focus on rehabilitation.

"Sadly I won't be playing in Melbourne this year, as I am not yet ready to compete," Murray, a five-times Australian Open runner-up, said in a statement.

"I'll be flying home shortly to assess all the options but I appreciate all the messages of support and I hope to be back playing soon."

In a heartfelt social media post earlier in the week after withdrawing from the Brisbane International, the 30-year-old Murray contemplated surgery as an option after failing to overcome the pain with rest and rehabilitation.

"We are fully aware that Andy has been going through a difficult period with his hip and that he's done everything possible to prepare for the Australian summer," Tiley added.

The first grand slam of the year begins on Jan. 15 at Melbourne Park.

Murray's withdrawal comes amid a string of injury concerns that have plagued some of the world's top players and cast doubt on their participation first Grand Slam of the year, which is due to begin in Melbourne on January 15.

Asian number one Nishikori, who has not played competitively since last August after suffering a torn tendon in his right wrist during a practice session at Cincinnati, also pulled out of the Slam earlier Thursday.

Former world number one and six times Australian Open champion Novak Djokovic has not played since a right elbow issue forced him to quit Wimbledon in the quarter-finals in July and has already cancelled scheduled appearances at an exhibition in Abu Dhabi and the Qatar Open in Doha.

He said he intended to test the injury next week at two exhibition events in Melbourne next week, the Kooyong Classic and Tie Break Tens.