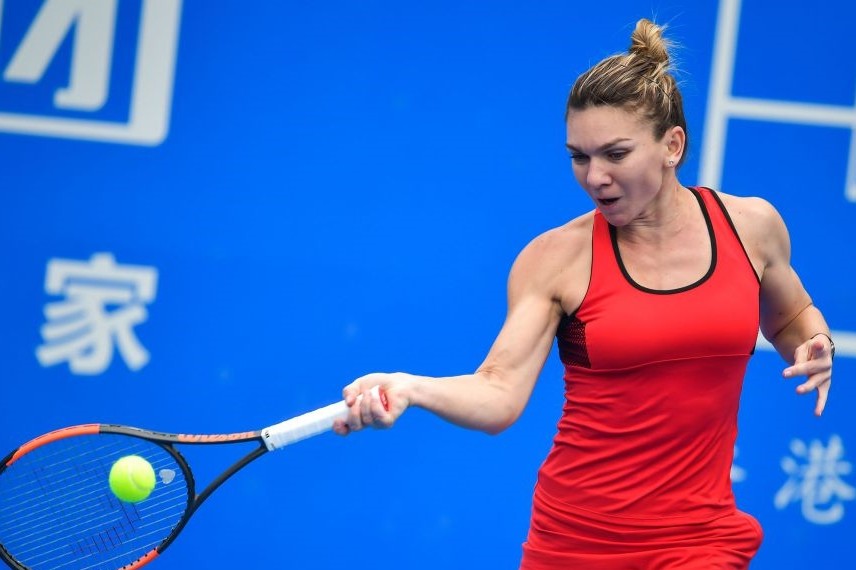 Simona Halep of Romania hits a return against Nicole Gibbs of the US in the first round of the Shenzhen Open tennis tournament in Shenzhen, Jan. 1.
by Associated Press Jan 19, 2018 12:00 am

The season-ending WTA Finals will be held in Shenzhen, China for a decade starting next year. The WTA issued a statement yesterday saying real estate developer Gemdale Corporation submitted the winning bid and will build a 12,000-seat stadium. It will also provide prize money of $14 million for the top eight singles players and top eight doubles teams, double the previous purse.

The WTA Finals have been staged in October in Singapore, where the tournament has been held since 2014, when Serena Williams won her third consecutive season-ending title. Other previous venues for the tournament have included New York, Los Angeles, Munich, Madrid, Doha and Istanbul. Shenzhen already hosts a WTA tournament in early January, one of the tuneup tournaments for the Australian Open. Top-ranked Simona Halep won the title there two weeks ago, and Maria Sharapova was among the drawcards. After winning her second-round match at the Australian Open, Sharapova said the move to southern China was good because "we want to be where the growth will be."

"They were the ones that put the money on the line. They are willing to grow our sport. They're willing to build a stadium, willing to accept the game and its level and the players."