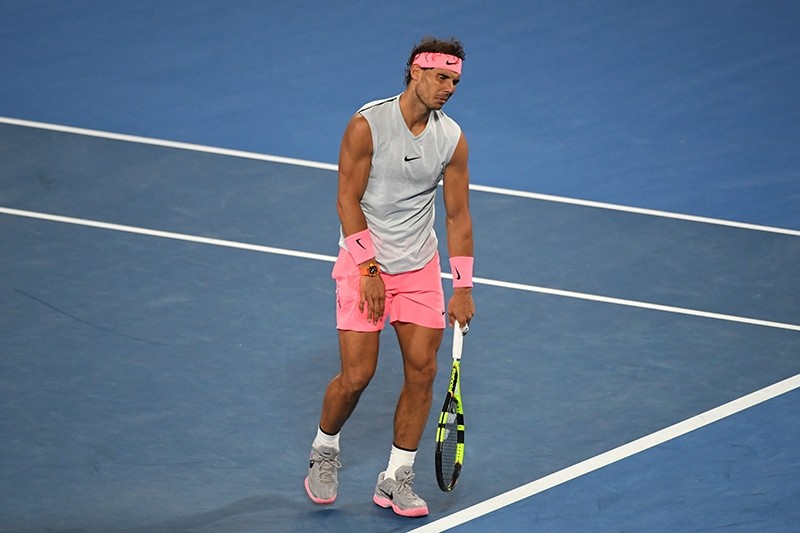 An injured and visibly struggling Rafael Nadal has retired while trailing in the fifth set of his Australian Open quarterfinal match against Marin Cilic.

Top-ranked Nadal saved five break points in the last game before Cilic broke his serve, then went to shake hands with the umpire and his opponent.

Cilic will play a semifinal against No. 49-ranked Kyle Edmund, who earlier beat Grigor Dimitrov in four sets.

It was only the second time Nadal had retired during a Grand Slam match — the last time was also an Australian Open quarterfinal, in 2010 against Andy Murray.

On Tuesday night, he needed a medical timeout after going down 4-1 in the fourth set, getting treatment on his upper right leg and hip.

He returned but was clearly bothered by the injury, limping and trying to stretch between points.

Cilic had only previously beaten Nadal once in their six previous matches — in their first match in 2009.