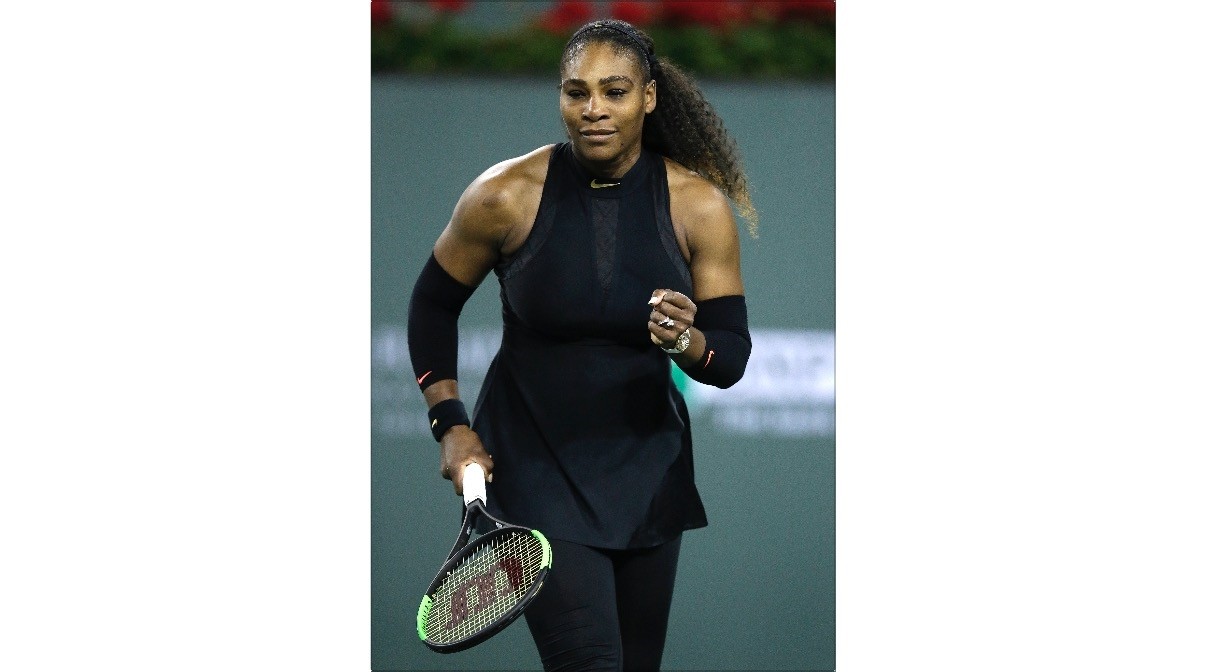 Serena Williams shook off the rust from a 15-month layoff due to pregnancy to win her opening match at the WTA Indian Wells event with a 7-5, 6-3 victory over Zarina Diyas. The unseeded Williams was the top-ranked player in the world when she began her long layoff following her victory at the 2017 Australian Open, where she was already expecting daughter Alexis Olympia who was born in September. After a couple of exhibitions and a Fed Cup doubles match, Williams said she is ready to hit with the big guns on the Tour again.

"I am not going to be there today or next week but I will get there and I do have my goals," Williams said.

"At some point I need to jump and fly. It takes time to get back."

Williams entered the court Thursday night to a loud ovation, with many in the half full stadium standing and applauding as she came out of the tunnel for just her third appearance in Indian Wells in the last 17 years. After that it was a matter of gradually asserting herself by taking control of the rallies, and she got the first break of serve in the 11th game of the first set and secured the set in the next game on her third set point. Her daughter was born on September 1 but Williams says throughout the postnatal period she tried to maintain a level of fitness.

Sitting in Williams' box were her husband and Reddit co-founder Alexis Ohanian, mother Oracene, sisters Lyndrea and Isha, her agent, and her coach Patrick Mouratoglou. Older sister Venus watched from a seat in an upper-level box. The 36-year-old American is the star attraction in Indian Wells, but behind her popularity this year was the mystery surrounding her match fitness and ball-striking ability. The 23-time Grand Slam winner answered some of those questions Thursday by blasting four aces and winning 63 percent of her first-serve points.

"It is a journey for me and I am just going to go for it.

"I wanted to stay fit and just be ready. I wasn't ready to retire yet even though it would have been a great way to retire."

Williams set up a second round match with 29th seeded Kiki Bertens. A win over Bertens could see her face Venus in the third round.