Federer back at No.1 after 98th career win in Stuttgart 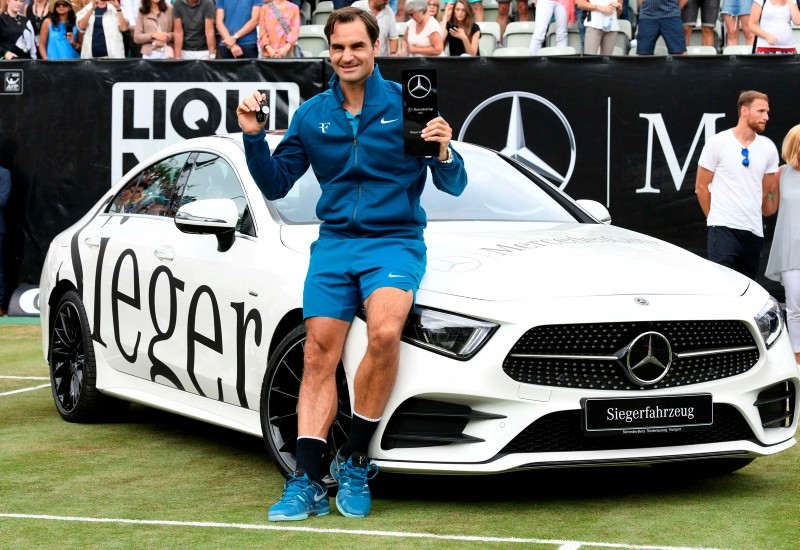 Roger Federer successfully completed his return to tennis as he won the Mercedes Cup title with a 6-4, 7-6 (7-3) triumph over Canada's Milos Raonic in Stuttgart on Sunday.

Federer, who opted to take a three-month competitive break during the clay season in order to focus on his aim of a ninth Wimbledon crown, will overtake Rafael Nadal as world number one on Monday.

The 20-times grand slam winner now has 98 career titles to his name after his latest victory on the grass in Germany.

"It was a great comeback after not playing for a while. It's been difficult the last few years but everything went in my favour, I won four matches and played really well today."

A blistering backhand return earned Federer the first break in the opening 10 minutes and he saved two break back points to move 3-1 ahead.

Raonic was ruthless with the serve and volley tactic that had proved so useful to him throughout the tournament to stay in touch with his Swiss adversary, but Federer remained composed to serve out the first set with 33 minutes on the clock.

The 27-year-old Canadian ticked off quick points on his serve to stay level with Federer in the second set as the pair were forced into a tie-breaker.

Raonic double-faulted on serve to concede a 5-3 deficit before Federer secured the title by outlasting Raonic in a rally to cap the contest in 78 minutes.

Federer will next play at the Halle grass tournament on Monday, where he has claimed nine titles.

"I really hope I can keep it up in Halle and Wimbledon," said Federer.

"It's also going to give me a boost being back at world number one."